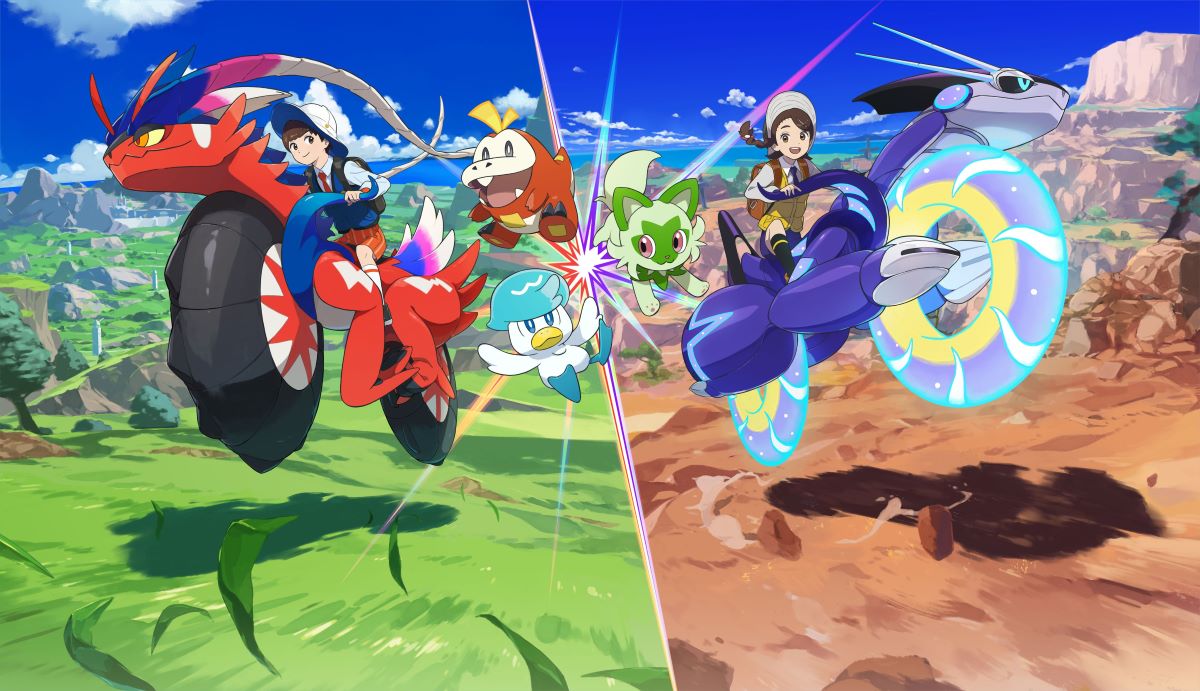 With the next mainline Pokémon games slated for release this November, The Pokémon Company has confirmed that more news about Pokémon Scarlet and Violet, as well as for the Pokémon TCG will be unveiled in the closing event of the 2022 Pokémon World Championships on Aug. 21.

So far, snippets of information about the next mainline titles have been revealed, including a handful of new Pokémon coming to both games. This includes the three starters, namely Spirigatito, Fuecoco, and Quaxly, as well as Smoliv, Lechonk, Pawmi, Fidough, Cetitan, Paldean Wooper, and the Legendary duo of Koraidon (Scarlet) and Miraidon (Violet).

The new Terastal mechanic has also already been revealed, which allows a Pokémon to gain new properties through Terastallization that crystallizes their appearance. Also, both games will have three available stories each, and players can begin at any Gym available in the region of Paldea. Pokémon Scarlet and Violet will be released exclusively for Nintendo Switch on Nov. 18.

As for the Pokémon TCG, the upcoming Halloween-themed Trick or Trade BOOster bundle will be released on Sept. 1. Each bundle will have 40 packs, with each pack having three cards. All of the cards from the set will have a Pikachu Pumpkin stamp, including Darkrai, Mewtwo, and Chandelure.

The 2022 Pokémon World Championships already had a handful of reveals for some of the existing games from the franchise. This includes the new map for Pokémon UNITE, known as Theia Sky Ruins. It will feature the Legendary Pokémon, Rayquaza, as a new objective for the game. Ash Ketchum and Pikachu were also shown as playable characters in Pokémon Masters EX.

This year’s Pokémon World Championships is comprised of several competitive events featuring some of the franchise’s more renowned games, including Pokémon Sword and Pokémon Shield, Pokémon Go, Pokémon UNITE, Pokkén Tournament DX, and the Pokémon TCG, where a total prize pool of over $1 million is up for grabs for the winners.