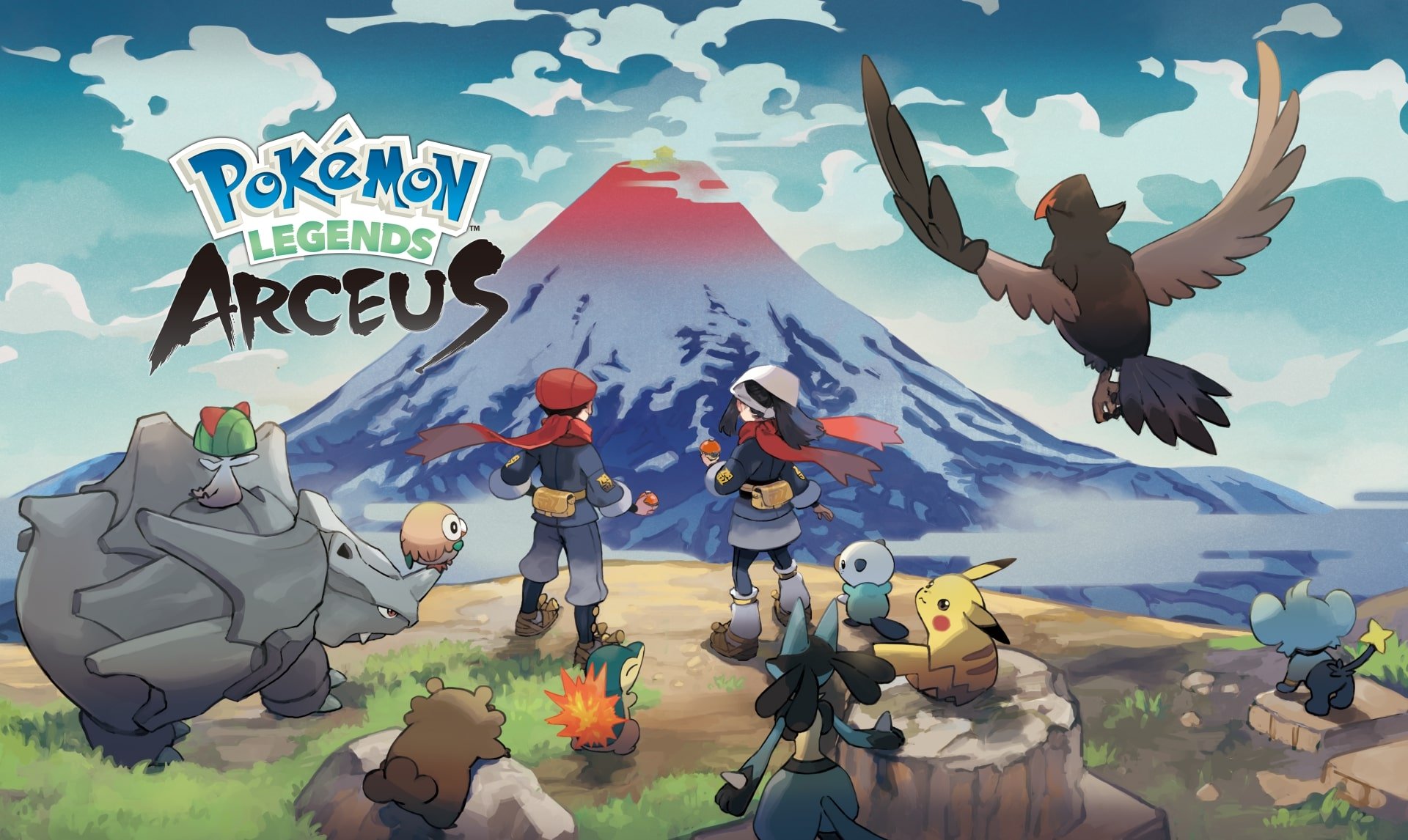 Up until the release of Pokémon Legends: Arceus, players weren’t sure what the goal of the game was. The Pokémon Company released some information before release, but for the most part, there was an air of mystery to the game.

In a typical Pokémon game, the end of the game is usually marked by beating the Elite Four. In Pokémon Legends: Arceus, there is a giant distortion hanging over Hisui, and players are tasked with finding out why it is enraging Noble Pokémon, all while gathering info on the Pokémon in the Hisui region.

Pokémon Legends: Arceus is not your typical main-series Pokémon game. There are no gyms, few trainer battles, and no breeding. What players get instead is an open world to explore, new ways to encounter and battle with wild Pokémon, a crafting system, and the best part of the game: an overworld full of Pokémon just waiting for trainers to catch them.

Upon entering an area and running from the camp, players are presented with a world of Pokémon waiting to be discovered. They can be Alpha Pokémon, which are harder to fight than normal Pokémon, they can be different forms like Hisuian, or they can even be Shiny. Different Pokémon appear depending on if it is night or day, and some Pokémon are rare spawns.

Once players got the game in their hands, it was immediately clear that one of the biggest improvements in this game over other main-series titles is how few times players need to press a button to complete an action. In main-series games, there are always multiple steps to do one action.

In Pokémon Legends: Arceus, there are berry trees. The game does not tell you what it is, nor does it ask you any questions. You just chuck your Pokémon at it, and it tells you how many and what kind of berries you got. It’s one button press instead of many.

The game also frees up the player to do what they want and not spend time doing activities they are forced to do, like in past main-series games that had linear gameplay until the end game. Running through an area and don’t want to battle Pokémon? Just keep running! Trainer battles are few and far between, and even some of those can be skipped or returned to. Requests can be completed at the players’ own pace or completely ignored.

Pokémon Legends: Arceus offers players an experience they’ve never had before because of the freedom it offers. Players are able to do what they want and when they want to do it. Some people want to rush straight through the story and get to the end of the game, while others will clear an entire area before moving on to the next.

It is easy to get lost while on a task. Players might be trying to get to the next plot point in the game, but then they see an Alpha Pokémon, and they could use just a little more Exp. before they go to the next spot, so, might as well stop and fight it. Then, just as players are finishing up all of these side-tasks they decided to do, a Space-time Distortion forms, and there are a bunch of rare items and Pokémon to obtain.

Shiny Pokémon hunting has also given Shiny hunters a huge reason to pick up this game. The Shiny rates for Pokémon who appear in a Mass Outbreak are incredibly good, and because Pokémon show up and can appear Shiny in the overworld, players are far more likely to encounter a Shiny Pokémon than in previous iterations of the game.

Another big complaint from players who have played the other main-series games has been the difficulty. Game Freak upped the difficulty in battles and does not hold players’ hands in Pokémon Legends: Arceus. A level 80 Pokémon can still be KO’d by a level 60 Pokémon if players don’t choose the correct typing or don’t have a Pokémon with good stats. Some trainer battles are very dangerous because they will toss out three Pokémon to fight just one of yours. Preparation is more important in this game than any other recent Pokémon main series game.

One of the first negative aspects players commented on was the graphics. The game lacks in graphics and optimized performance. Players can see a Pokémon in the distance, but from far away, it looks like they’re moving at 10 FPS.

Pokémon Legends: Arceus is pretty in its own way, but besides the Pokémon inhabiting Hisui, there isn’t much to indicate the world is alive. The world is filled with trees, some rocks, grass, and flowers, but there are few variations within each zone of those things, making the world feel redundant to look at. Not only is it not that pretty to look at, but some decorations even hinder the player. For example, if players come across an Eevee outbreak in the Alabaster Icelands, there is a patch of grass that will cause a Pokéball to bounce as if it were hitting a tree, alerting the Eevees and scaring them off.

For some, the lack of trainer battles, a rival, and breeding were huge downsides to this game. Traditional ways to level Pokémon included trainer battles, but there are very few ways for players to initiate trainer battles within Pokémon Legends: Arceus. You are introduced to someone who looks like they may be your rival at the beginning of the game, but players don’t get to fight them very often.

The Requests have also caused grief within the player community—and not because they are difficult, but because they are tedious. Some Requests, such as to find a specific-sized Pokémon or the quest where players must find 107 Wisps, are so tedious to do without some kind of guide for them that some players are finding them unenjoyable.

Although the game will fail to please every single player that experiences it, people generally enjoy Pokémon Legends: Arceus and are hoping to hear soon about some DLC for it, as well as future improvements to the foundation Game Freak and The Pokémon Company laid with their first semi open-world game.

While the graphics, lack of breeding, and lack of trainer battles are downsides to this game, people are most enjoying exploring a vast world full of Pokémon. Game Freak has created a world where Pokémon roam free, crafting is fun and progressive, and players have more ways to play the game at their own pace.