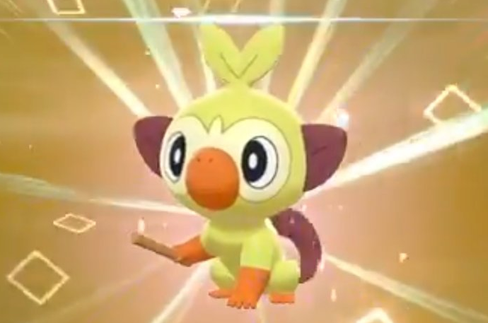 Popular data miner Kurt found that there are two different types of shiny Pokémon encounters encoded in Sword and Shield. This won’t change the shiny color of the Pokémon, but instead, it changes the animation. In previous generations, shiny encounters were marked by a sparkle effect with stars. Data mining found these are more likely to occur 15 out of 16 times.

This data is complex. When a player encounters a wild Pokémon, the game rolls the odds against the trainer’s ID. If it matches in such a way, the encounter will be a shiny Pokémon. Now, with the squares and stars, it seems that there are two ways for the game to match your Trainer ID to a shiny Pokémon. And under certain conditions, the game is more likely to give you one version over the other.

The data miner found that if the ID matches “cleanly,” the effect will be a square. They also found that during shiny chaining, the forced shiny makes the Pokémon’s ID number (PID) zero, which forces it to be a square sparkle effect. Conditions seem to affect the type as well. Since forced encounters default the Pokémon to a squared sparkle, it’s likely that wild encounters and shiny chaining will lead to the rarer square effect instead of the traditional star. The star is more likely to be found on hatched shiny Pokémon.

Comments in the Reddit thread on the topic claim this isn’t always the case, with many trainers citing a caught shiny with the star effect or a hatched one with a square effect. The exact conditions aren’t fully understood, but the existence of a second type of shiny encounter is an exciting discovery.

The odds of encountering a shiny Pokémon are one in 4,096. Every wild Pokémon encounter rolls these odds against your trainer ID and the PID. This number against the trainer ID determines the gender, stats, and shininess of the encounter.

There are methods to increase these chances throughout gameplay, from the Shiny Charm, Masuda Method, and shiny chaining. Even with better odds, the game will still roll your odds with each encounter or hatched egg. A streamer recently hatched a shiny Pokémon after 801 eggs when her odds were one in 683. Each egg rolled the odds, and while they were better, it still took longer than the estimated percentage to get that shiny. Better odds won’t always yield better results. And now, there’s a new type of rare shiny encounter to add to the gamble.