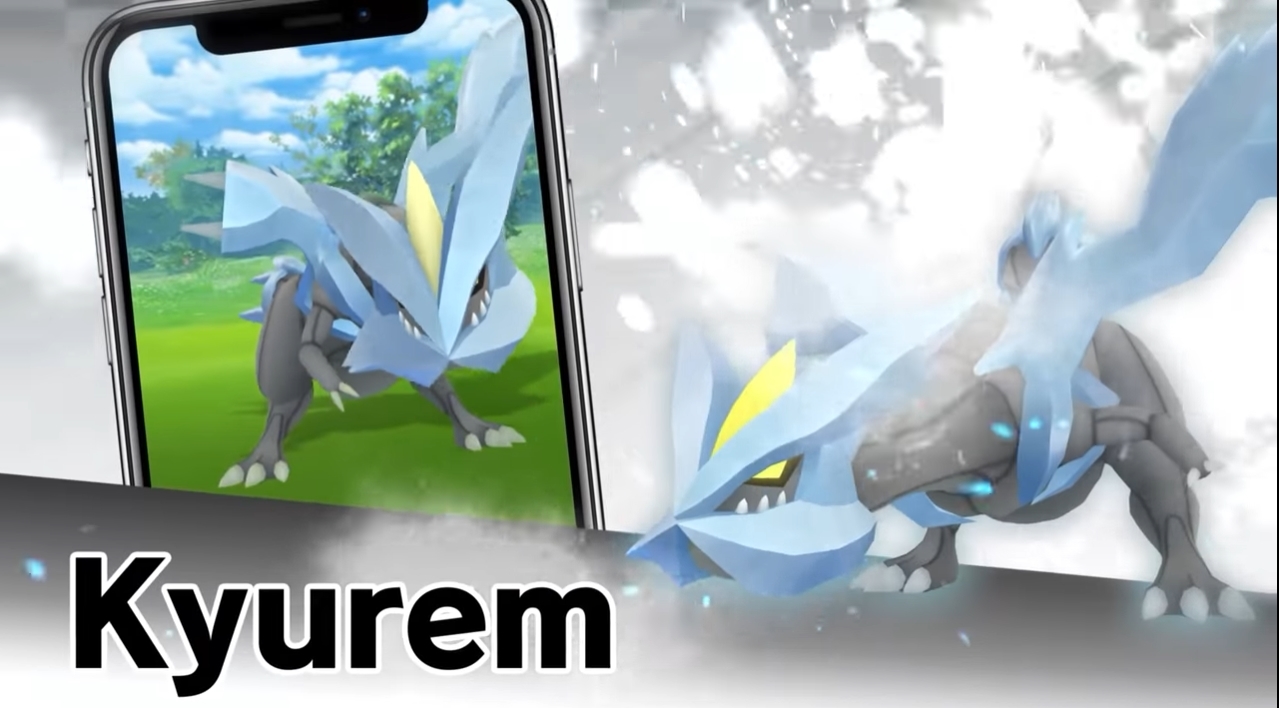 The third and final member of Unova’s Tao Trio is finally joining the Pokémon Go roster. Kyurem is set to appear in five-star raids starting July 7.

Known as the Boundary Pokémon, Kyurem is a powerful create that unlocks the full potential of the other two Unovan Dragon-types.

Reshiram already exited the raid rotation and Zekrom is still available for players to capture right now. The final Zekrom Raid Hour is scheduled for July 1 at 7pm local time, which will be one of the last times players can capture the Dragon of Truth during this run.

As for Kyurem, it’ll start appearing in five-star raids on July 7 at 3pm CT, with additional Raid Hours available for the Ice/Dragon-type happening every Wednesday at 6pm local time while it’s appearing.

With that timing, Kyurem will be appearing in raids throughout Pokémon Go Fest 2020’s weekly challenges to celebrate the game’s fourth anniversary.

Compared to the other Legendary Dragons, Kyurem doesn’t hit quite as hard, but it does have incredible stab moves like Dragon Pulse, Ice Beam, and its signature Glaciate attack. If you plan on battling the monster of the Giant Chasm, you better bring some Fighting or Steel-types to deal with it.

It’s still unclear if or when Kyurem-White and Kyurem-Black will be added to the game now that all three of the Tao Trio are going to have been available to capture. These two unique Pokémon will likely be part of a future Special Research event that uses the concept of Absofusion and the DNA Splicer item.

Kyurem will join five-star raids from July 7 until sometime in early August once the final Unovan Dragon officially retreats from raid rotations.