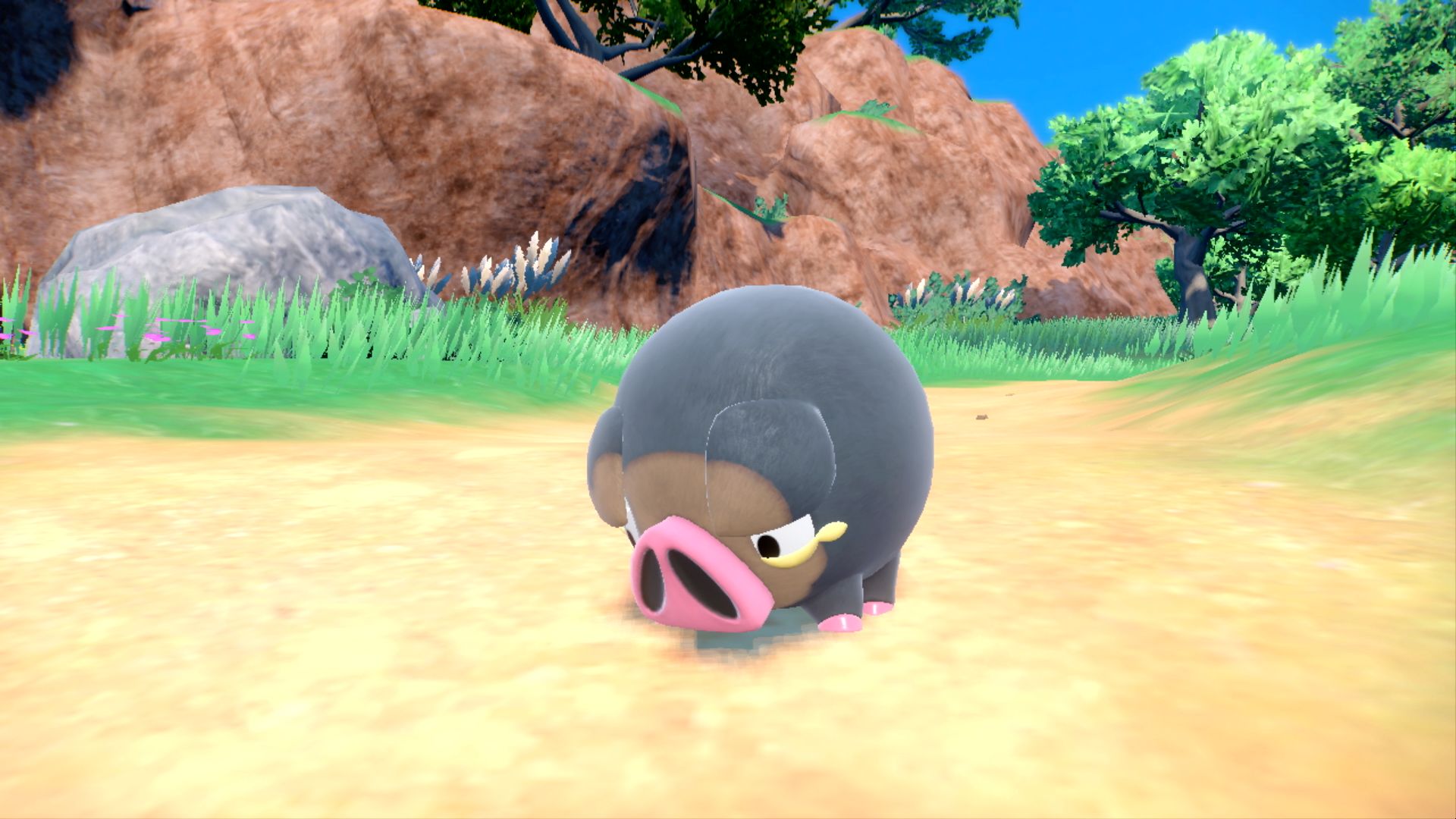 The latest reveal trailer for Pokémon Scarlet and Violet only came out a few hours ago, but fans have already fallen in love with some of the new ‘mons it showcased.

In particular, much of the love has been directed at Lechonk, a rotund pig-like Pokémon that was seen loafing around underneath a tree. Its cranky expression, silly name, and round appearance have led fan artists to illustrate it in record time.

Here’s some of the best Lechonk fanart based off of the trailer.

Artist Siplick gave Lechonk a painterly look, captioning the piece “Lechonk after his siesta”. Her use of light and perspective give the Hog Pokémon plenty of depth, and the wheat field he’s sleeping in is a great final touch.

Another facet of Lechonk that trailer viewers fell in love with was its grumpy expression. Artist Eyecager made this the focus of their piece, which shows a pouting Lechonk laying in the grass at sunset. The flowers are reminiscent of the ones that can be seen in footage of SV‘s new region.

Prolific Pokémon fan artist Petite Echorizon illustrated Lechonk in her signature watercolor-inspired style. The piece shows a weepy Lechonk laying in a puddle of his own tears. That doesn’t sound very endearing, but Petite Echorizon makes it absolutely adorable thanks to the fold of his ears and his tiny pout.

Artist Temachii went in a different direction, illustrating not only Lechonk but some of its friends. Also included in the piece are new rival Nemona and the new olive-themed Pokémon Smoliv, which appears to be perpetually anxious. Temachii’s sketch is very endearing, capturing the essence of all three characters into one very cute portrait.

Many fans have compared Lechonk to the wild pigs found all around the world of The Legend of Zelda: The Wind Waker, which Link could pick up and toss around. Artist Lollitree examined what Lechonk might look like in Wind Waker‘s signature cell-shaded style and came up with this hilarious portrait of the Hog Pokemon being carried by Link.

Lechonk with the pigs

Lechonk isn’t the only big-based Pokémon in the game’s ever-lengthening Pokédex. Psychic-type Spoink, which evolves into the aptly-named Grumpig, has been around since Generation III, while Tepig the Fire-type has been charming hearts since it appeared as a first partner Pokémon in Generation V. Artist Bessa_Artwork drew the three pig Pokémon as members of a Pokémon Mystery Dungeon-style rescue team, and it’s the first piece of art we’ve seen where Lechonk seems to be genuinely happy.