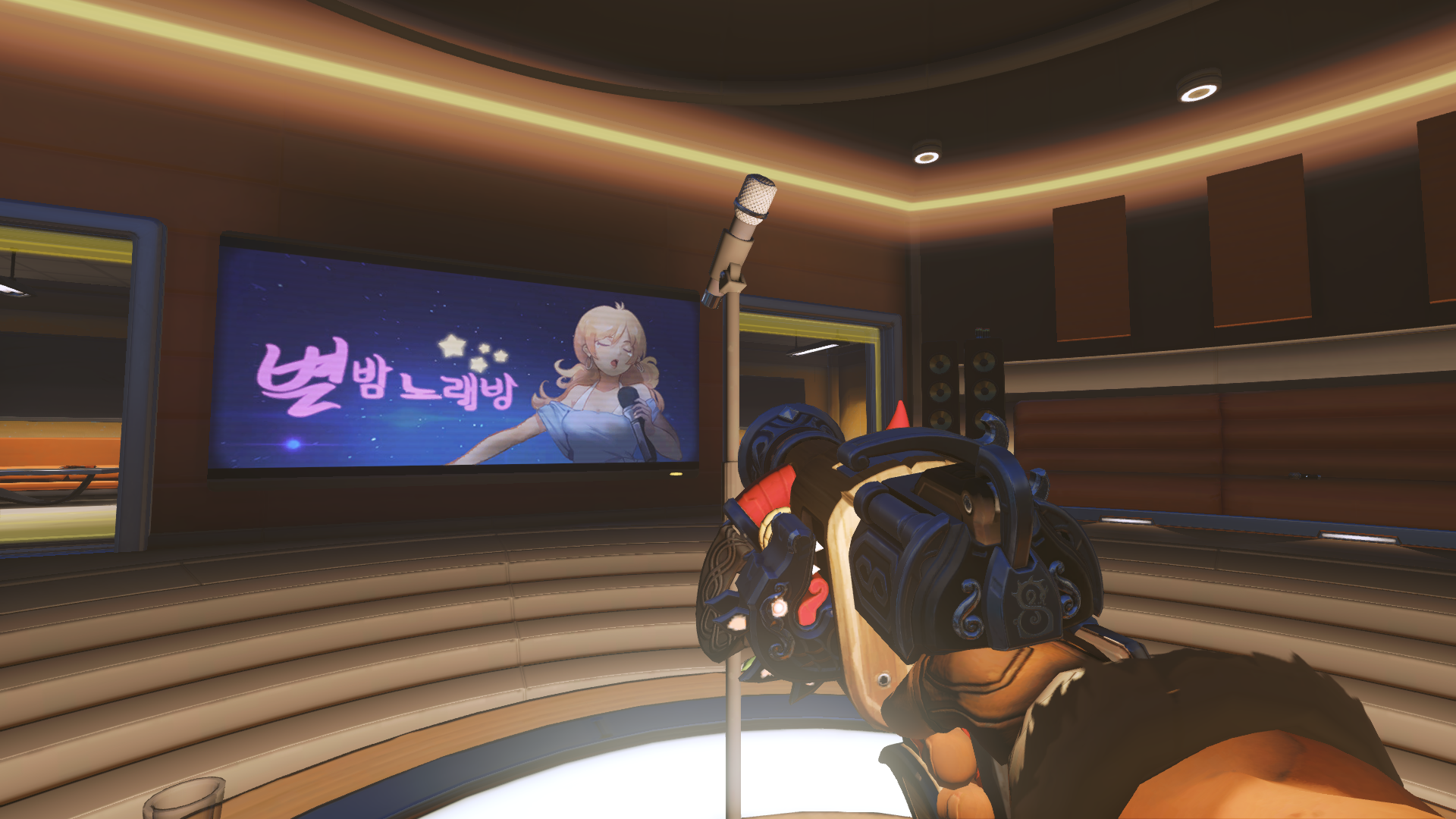 Overwatch’s latest test server patch added a ton of little new details, including a potential clue for a new hero and a tribute to former Blizzard president Mike Morhaime. But forget all that for a moment: Two more Overwatch heroes can now use the Busan map’s karaoke machine.

Both Torbjörn and McCree can now interact with the karaoke station in the downtown area of Busan. It’s pretty glorious. “Whip ‘em on, take ‘em down,” McCree sings. “And that is how the cowboy does it. Get ‘em moving, get ‘em rollin’. Get them doggies out tonight. I’m more of a country guy, but not bad.”

Torbjörn’s may be better, even. “Watch me shake my claw!” he yells. “I’m not a dwarf, but I’ll give you more. Solid down to my molten core. Make some turrets! Usually they say ‘make some noise,’ so… that was a joke.”

Reinhardt and Wrecking Ball are two other heroes that also enjoy karaoke on Busan, but they may have just been upstaged by the new signing duo.

Competitive Play may be a nightmare at times and you may always get sprays in your loot boxes, but at least we’ve got these rays of sunshine on Busan. Blizzard’s said before that Overwatch voice lines in-game aren’t “strictly canon,” but we’re choosing to believe that the karaoke machine definitely is. Even the most serious of Overwatch heroes have to get down, after all.