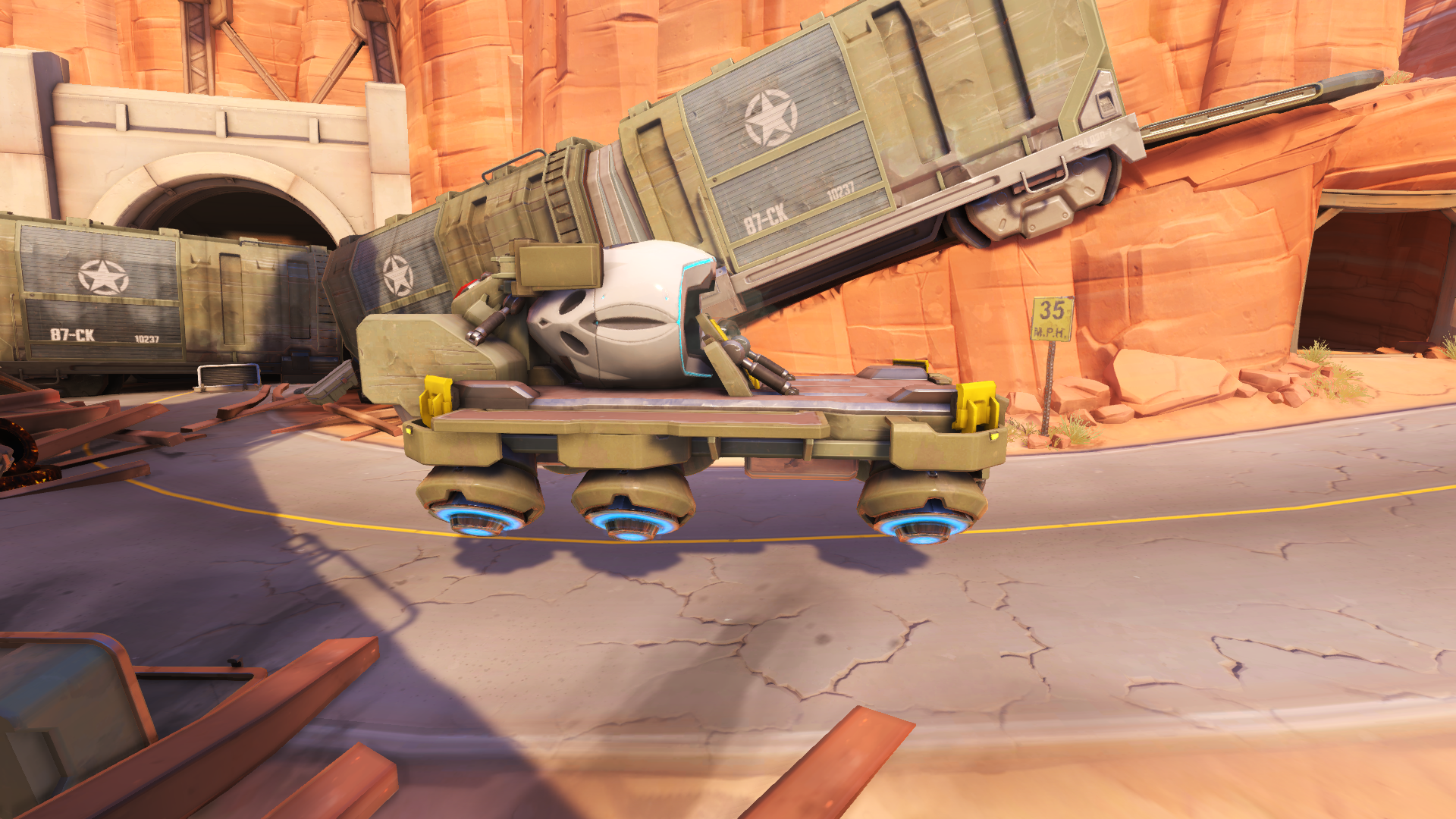 Something’s up on Route 66. The payload—what’s supposed house a nuclear weapon—has been opened.

The last time one of Overwatch’s payloads changed, a string of lore events were set off and two heroes were introduced into the game’s world. An airport in Overwatch’s Numbani map remains in pieces, ripped apart by Doomfist. A payload change isn’t a coincidence. It’s a kick-off. Players noticed a change in the payload following a test server update that added buffs to Mercy, Symmetra, Reaper, and Roadhog. But unmentioned in the patch notes is what could be a clue for Overwatch’s next hero, hero 29.

Route 66’s payload is secured in a military-esque flatbed truck. Held in position by two padded arms, the white, egg-shaped container had a front portion closing something in before the test server patch. Now that front piece is gone, leaving only a good view of the inside—and there’s nothing in there, just some cooled air, as if it were a refrigerator.

Information, at this point, is sparse. But the timing lines up: Blizzard is readying us for a content release at BlizzCon from Nov. 2 to 3. Overwatch game director Jeff Kaplan said yesterday that there will be no new map released during the Anaheim event, but that “awesome” new content is coming. The game is on track for a new hero release as we near the three-month mark since Wrecking Ball debuted in-game. (Three months has been a standard pattern for Overwatch hero launches.)

It’s hard to say where this thread will lead, but we’re confident it’s one that was intentional, and it could involve McCree, D.Va, and the Deadlock Gang. The Deadlock Gang is a group of bad guys involved in weapons trafficking, which is the scene set-up on Route 66. McCree was once a member, but offered a way out. Notably, McCree is also the face of Overwatch at BlizzCon, headlining the event’s main key art.

But where does D.Va come in? As pointed out by YouTuber Master Ian Gamer, D.Va’s MEKA looks suspiciously like the payload. Her unit’s core has the same metallic circle right on top, and a very similar overall shape. The timing here works, too. Overwatch fans only very recently learned a bit about her MEKA unit’s explosive properties through the animated short released at a fan event in South Korea. Shooting Star was a story about D.Va, but it also gave fans the origins of Self-Destruct.

Whoever stole the Route 66 payload’s cargo is now wielding a device that could cause massive destruction. If that person is the next Overwatch hero, the design could be powered by a MEKA core. It feels unlikely that Blizzard would release another mech hero right after Wrecking Ball, but anything is possible. (Wrecking Ball is a hamster, after all.)

There aren’t answers, yet. But they’re coming; they always do. BlizzCon 2018 is 10 days away, and this payload switch-up could be the lead-in to the big reveal.