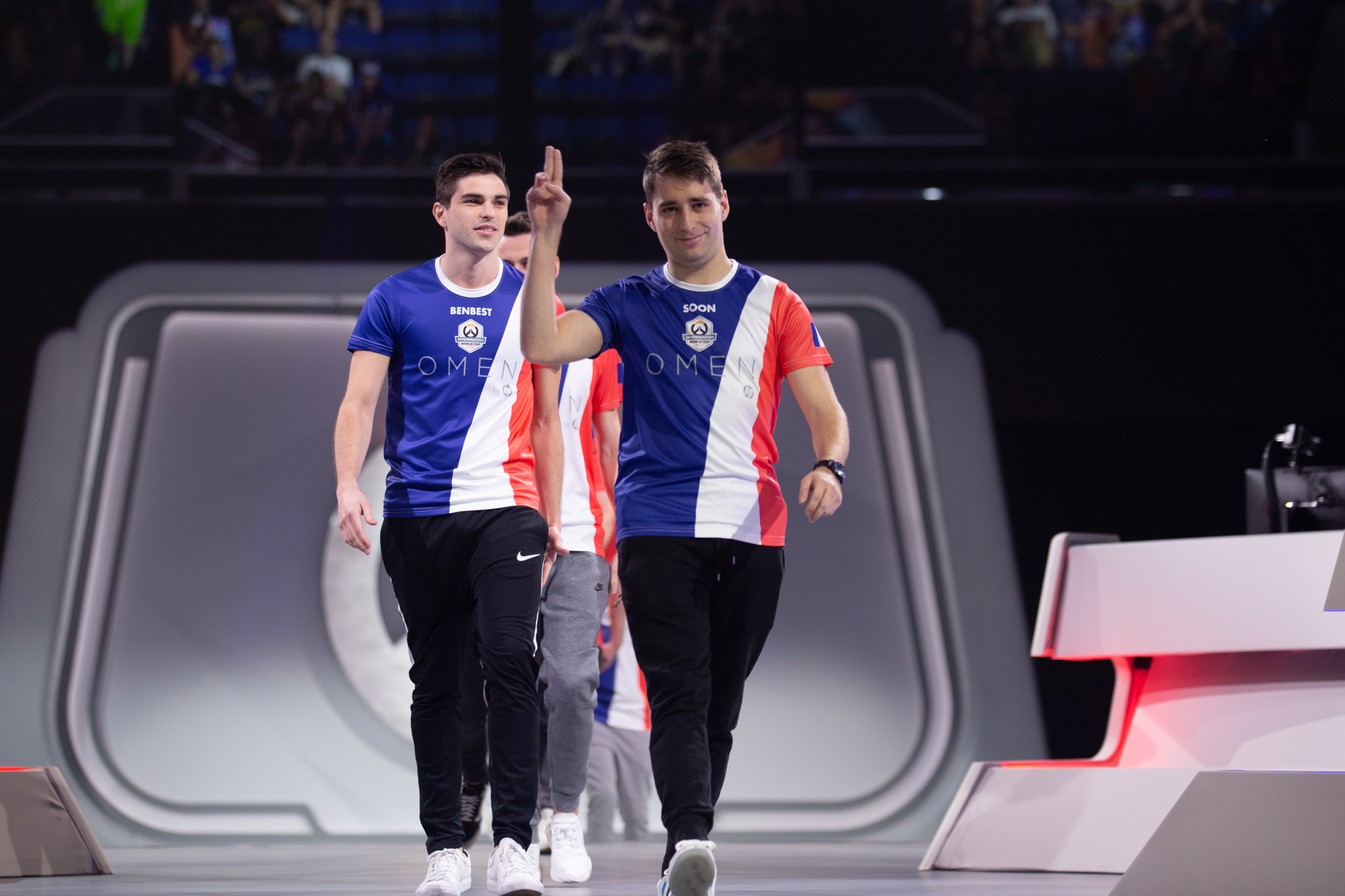 Hold on to those berets. Team France announced their final roster for the 2019 Overwatch World Cup, naming seven players who will travel to BlizzCon in November to represent their country. Surprisingly, the French team is putting its faith in Overwatch Contenders players instead of Overwatch League talent.

In July, the team revealed their 12-player shortlist, which raised eyebrows after it named seven DPS players. While most top-seeded teams, like three-time champions Team South Korea, revealed their final rosters weeks ago, Team France took their time. Their team announcements have historically included detailed artwork with dramatic lighting. and this year’s announcement video was no different.

Both support choices for the team were already locked in with the original announcement. Brice “FDGod” Monsçavoir of EU Contenders team Young and Beautiful will be Team France’s main support while Damien “HyP” Souville of the Paris Eternal will play flex support.

Philadelphia Fusion’s Gael “Poko” Gouzerch will play off-tank for Team France for the second year in a row. As revealed in the original announcement, Simon “Chubz” Vullo of European Overwatch Contenders team Samsung Morning Stars will be the team’s main tank.

Many of France’s future opponents, such as Team China, have put their stake in Overwatch League talent to carry their team. Team France seems to be taking a different approach with only two league players. After losing to Team Canada in the World Cup 2018 quarterfinals with a team based on Overwatch League talent, they may be trying to shake up their usual routine.

The 2019 Overwatch World Cup will take place at BlizzCon, which begins November 1.