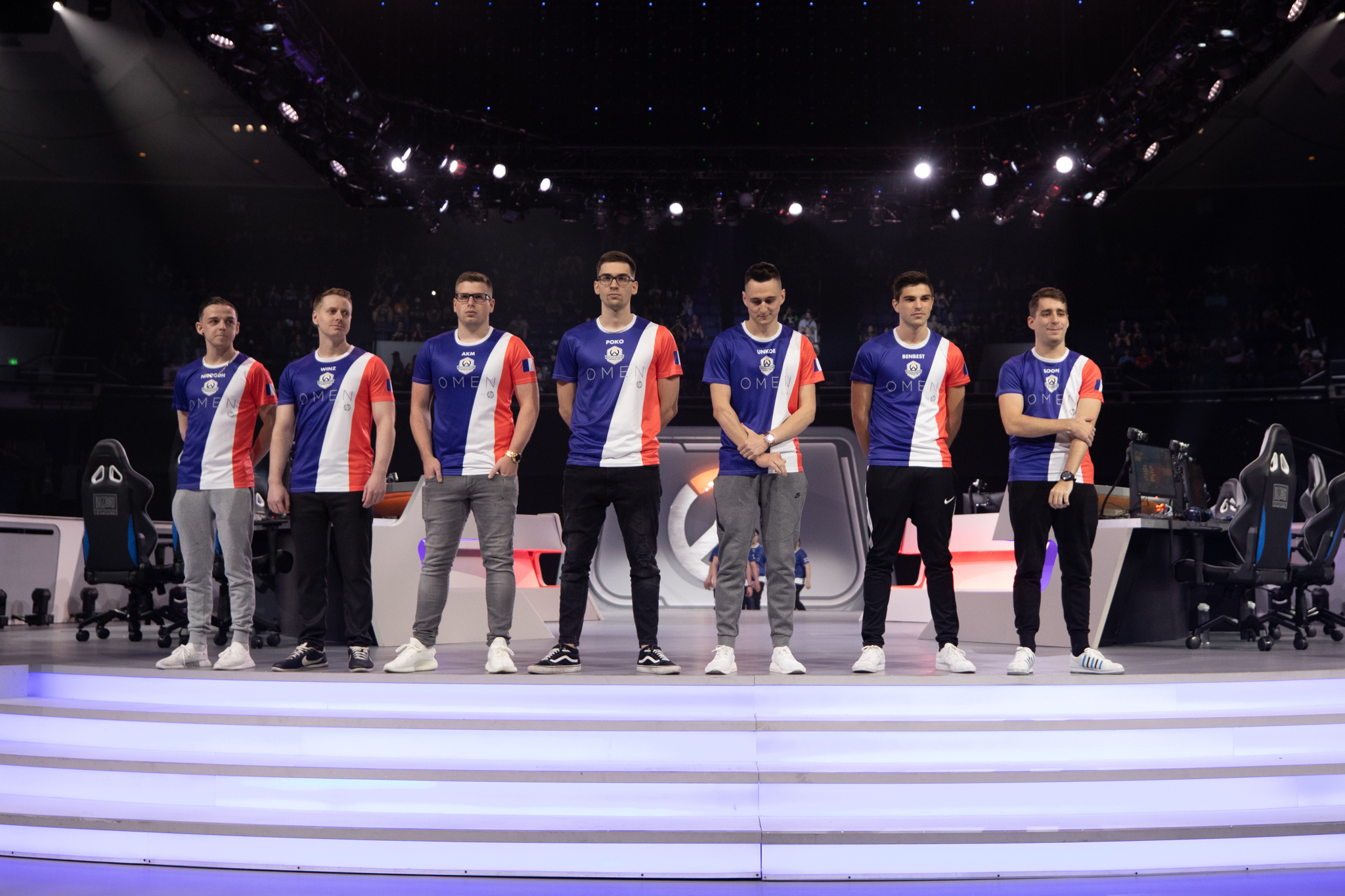 Let the announcements begin. The 2019 Overwatch World Cup takes place at BlizzCon in early November, but teams are now able to release their 12-player roster considerations to fans. After Blizzard gives approval, the teams can release the final seven-player roster that will travel to BlizzCon and fight for the World Cup championship.

Team France is one of the first teams to announce their roster. Fans of the team are excited, but not without concerns. France has decided to name only one player for several roles, including main support and flex support, while naming seven players as possible DPS roster choices.

For main support, Brice “FDGod” Monsçavoir of EU Contenders team Young and Beautiful will be stepping into the role. Damien “HyP” Souville of the Paris Eternal is Team France’s flex support. Team France flex support staple Benjamin “uNKOE” Chevasson of the Dallas Fuel opted to not participate in this year’s World Cup.

Then the DPS comes in. Lucas “Leaf” Loison of Team Gigantti and Adam “Khegasi” Benaouadi of Samsung Morning Stars are under consideration for flex DPS.

Hitscan DPS, or those who play Widowmaker, Tracer, and so on, is a much more crowded field. Three Overwatch Contenders players are up for the spot: Jeremy “Hqrdest” Danton of Revival, Samir “Tsuna” Ikram of British Hurricane, and William “Asking” Vetter of Samsung Morning Stars. They’ll compete with Dylan “aKm” Bignet of the Dallas Fuel and Terence “SoOn” Tarlier of the Paris Eternal for the final hitscan placements.

Team France seems to be putting their stake in talented Overwatch Contenders players in order to change their fate. In 2018, Team France had a dominant showing in the Paris group stages, using their hometown advantage to bolster them to the big stage. They were then unceremoniously defeated by Team Canada in the quarterfinals at BlizzCon.

Team France also wrote up a post on Medium describing their choices for each of the players and why certain popular players were not chosen. The French team, as well as others in the Overwatch World Cup, have hinted that final roster announcement could come as early as July 29th.