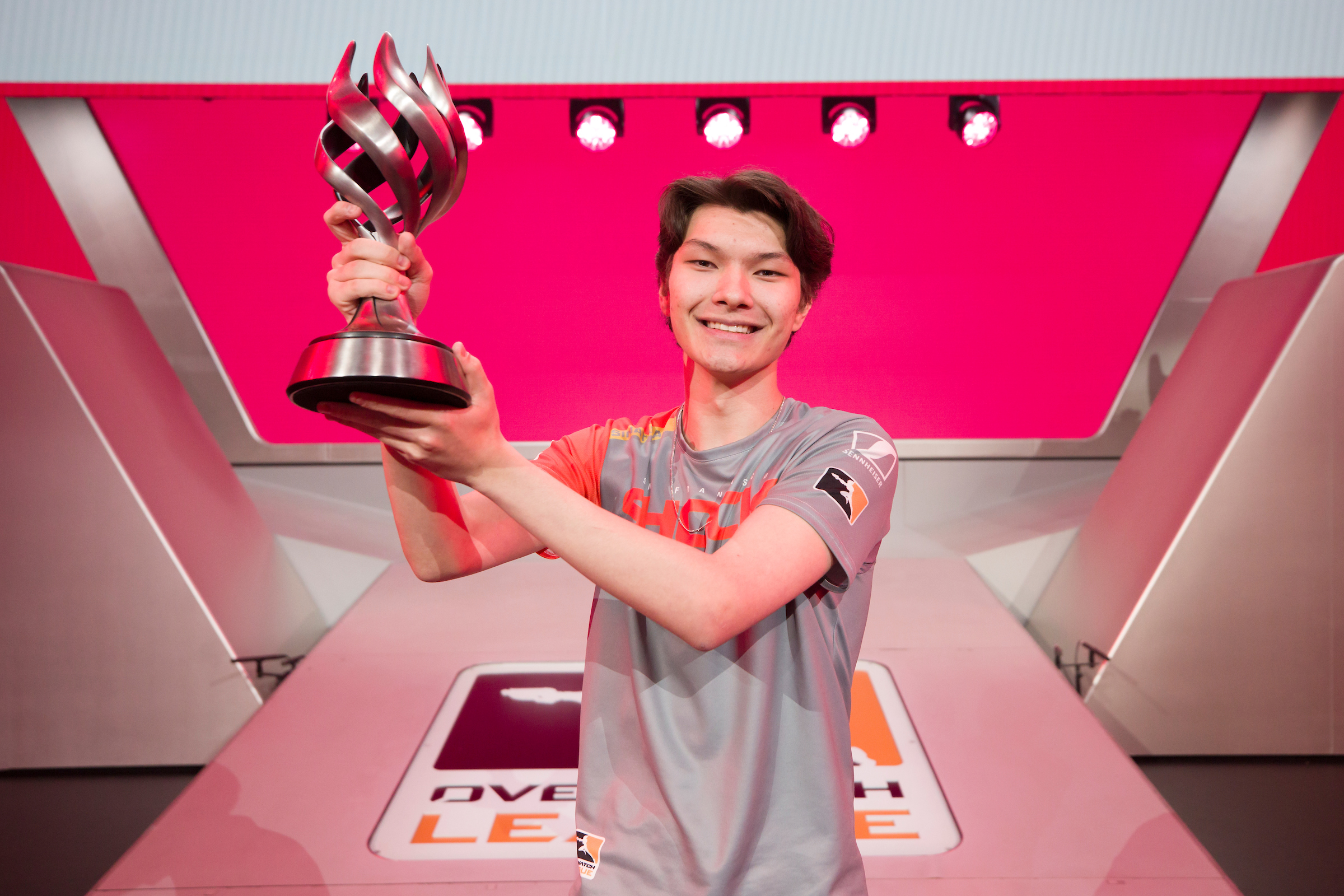 The 2019 Overwatch League MVP, Jay “Sinatraa” Won, has revealed which hero will receive a new skin in honor of his achievement. And it’s the hero he’s most well known for—Zarya.

“What hero is my skin going to be? I don’t know if I…. Okay I think I can say that,” Sinatraa said on his teammate Matthew “Super” Delisi’s stream. “The skin will be for Zarya, but I can’t say the other parts of it.”

Sinatraa played the majority of his season on Zarya and generally revolutionized how the hero is played. He was often seen maneuvering the bulky hero to the high ground, from which he’d rain damage down from above a Reinhardt shield. The American Overwatch World Cup player topped the league’s damage as Zarya with 12,662 per 10 minutes. Opposing teams had a tough time dealing with Sinatraa, who would often have a Zenyatta healing orb or his D.Va’s defense matrix to help reinforce his high ground position.

After dominating with this playstyle in a meta that relied on Zarya to be the majority of a team’s damage, most other pros who piloted this character began to climb up to the same high ground positions as Sinatraa. Toward the end of the season, Sinatraa also showcased his prowess on other characters, but he’s still the best Zarya in the world.

This is the second MVP skin that will be produced by Blizzard for Overwatch. After the 2018 OWL season, that season’s MVP, Bang “JJoNak” Sung-hyeon, was immortalized in-game with a Zenyatta skin. It was named Zen-nakji—Nakji is the Korean word for Octopus—because of the deep sea and Octopus theme of the skin. There are no details on what Sinatraa’s Zarya skin will look like, but given the positive response to the last MVP skin, it’ll likely be an exciting reveal.

But Sinatraa’s focus will be on his upcoming OWL match. The Shock have won four-straight series 4-0 in a brilliant lower bracket run during the season playoffs. The San Francisco Shock will face the Vancouver Titans in the OWL grand finals on Sunday, Sept. 29.