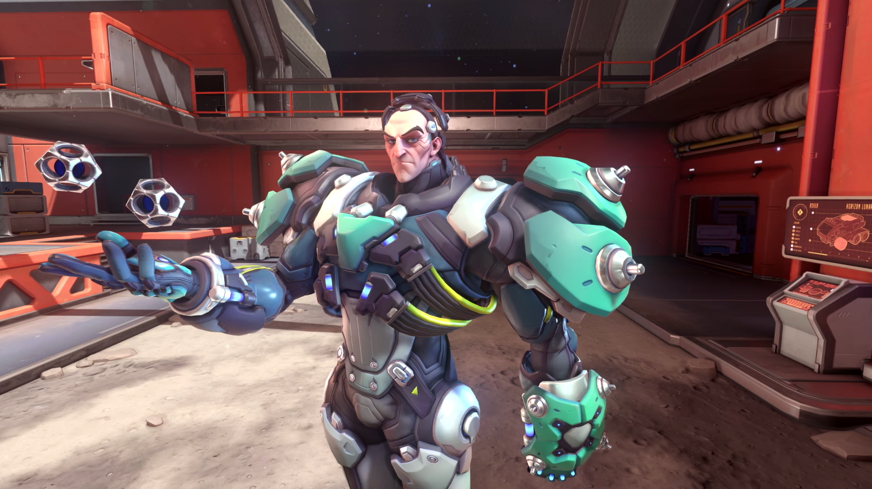 He’s hearing music, but it might not be the good kind. Meet Sigma, Overwatch‘s newest hero.

Sigma is described as an “eccentric astrophysicist” who’s unaware that he’s being used as a weapon. His disturbing origin story shows him unlocking some unfortunate secrets of the universe and paying the price.

Sigma is an older man who, throughout his career, was chasing the idea of harnessing the power of a black hole. After a mysterious incident, he’s shown being wheeled through what looks like a mental health facility. His mind flashes back and forth to an image of him in armor with rocks in stasis floating around him.

During his origin story, Sigma seems to go through levels of psychosis before settling on the fact that “gravity is a harness” and he has “harnessed the harness.” His origin story also proves that Sigma is being used by Talon, the criminal organization of the Overwatch universe. At the end of the video, he’s shown with Doomfist, Sombra, Widowmaker, and Reaper.

Sigma’s reveal has been quicker than the developer may have liked. After the Mexican Overwatch World Cup Team leaked a picture that showed Sigma as a playable hero, developers began giving hints about his existence. A developer update with Jeff Kaplan was overrun with math equations related to velocity and mass. A quick peek of Sigma’s suit was also released last week.

There’s no word from the developers yet about what Sigma’s abilities could look like or when he’ll be available for play.