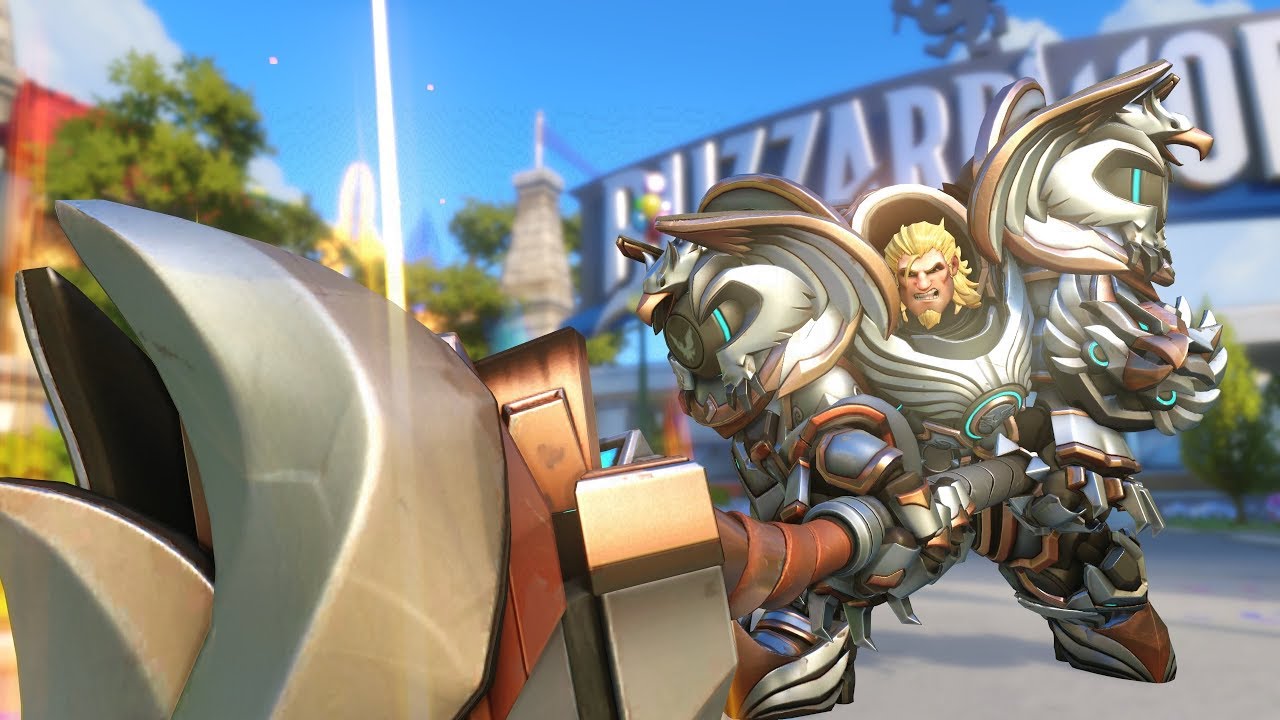 The Overwatch League’s Hero Pools selections for the first week of May, chosen again by random draw on the Watchpoint post-show, have removed a few tanky choices from the hero lineup. Reinhardt and Brigitte, known for their barriers and strength, will be taking the bench this week. Reaper and Ashe will join them.

For most of us, these Hero Pools won’t matter quite as much as usual. Competitive mode players will notice Hero Pools missing for the next few weeks as developers overhaul the feature. Eventually, disabled heroes will only be in effect for players with a skill rating of 3500 or above, in the Master or Grandmaster competitive ranks. Only the Overwatch League will be adhering to this week’s Hero Pools picks.

In addition, the algorithm was altered to avoid what developers called “hero rotation ping-pong” where often-used heroes are repeatedly disabled through Hero Pools. Heroes with a 10 to 35 percent play rate get one “ticket” to be drawn randomly on the Watchpoint post-show. If a hero has 35 to 65 percent play rate, they get two tickets, and any hero above 65 percent gets three tickets.

The Overwatch League and competitive mode players dealt with the same old business last week as McCree and Widowmaker were disabled once again. This was the third time that the pair had been disabled together since Hero Pools began in March. Mercy was also disabled, leading most teams to field an Ana to support their Echo players. Wrecking Ball was the tank on the bench last week, but very few teams needed to work around this ban.

Brigitte will be disabled this week due to Hero Pools, which is a blow for many “dive” compositions that have been played the past few weeks. Brigitte provides armor for flankers like Tracer, Reaper, and Echo as they rush into enemy backlines. Without Brigitte, teams may stick with Ana compositions or a speedy Lúcio build. Mercy will likely be a must-play alongside Echo.

Many teams will have to rush into battle without Reinhardt this week. The steadfast main tank won’t be available this week, which means a likely return to double shield compositions. Orisa and Sigma are often run together due to their ability to build up a strong “bunker” defense. A lack of Reinhardt may also mean D.Va takes a backseat. Adventurous teams may choose to run speedy, low-health Wrecking Ball compositions, but these would be rare to see.

The good news is that Echo’s reign of chaos in the Overwatch League continues for another week. Despite an extraordinarily high play rate, she was not taken out with Hero Pools. Reaper and Ashe, however, met a different fate.

Ashe has seen a wildly increased play rate after the Los Angeles Valiant pioneered her use as a hitscan when McCree and Widowmaker were unavailable. While her ultimate, B.O.B., is often hit or miss, Ashe is able to crank out consistent damage against aerial enemies. Due to this high play rate, she had more chances to be eliminated through Hero Pools, and got the unluckiest of draws.

Reaper has similarly seen high usage rates, but for a much longer period of time. The shotgun-wielder is often run with Mei to destroy enemies she’s frozen and to completely deny space on Control points. The loss of Reaper is critical for many teams who often choose him to take over chokes or tiny spaces. This leaves an entire DPS spot wide open for other heroes, like Hanzo for quick shield destruction or even a Tracer if necessary.

These Hero Pools will be active from May 4 to May 11 and will only apply to Overwatch League games. Hero Pools selections are revealed after league games have concluded on the Watchpoint post-show every Sunday.