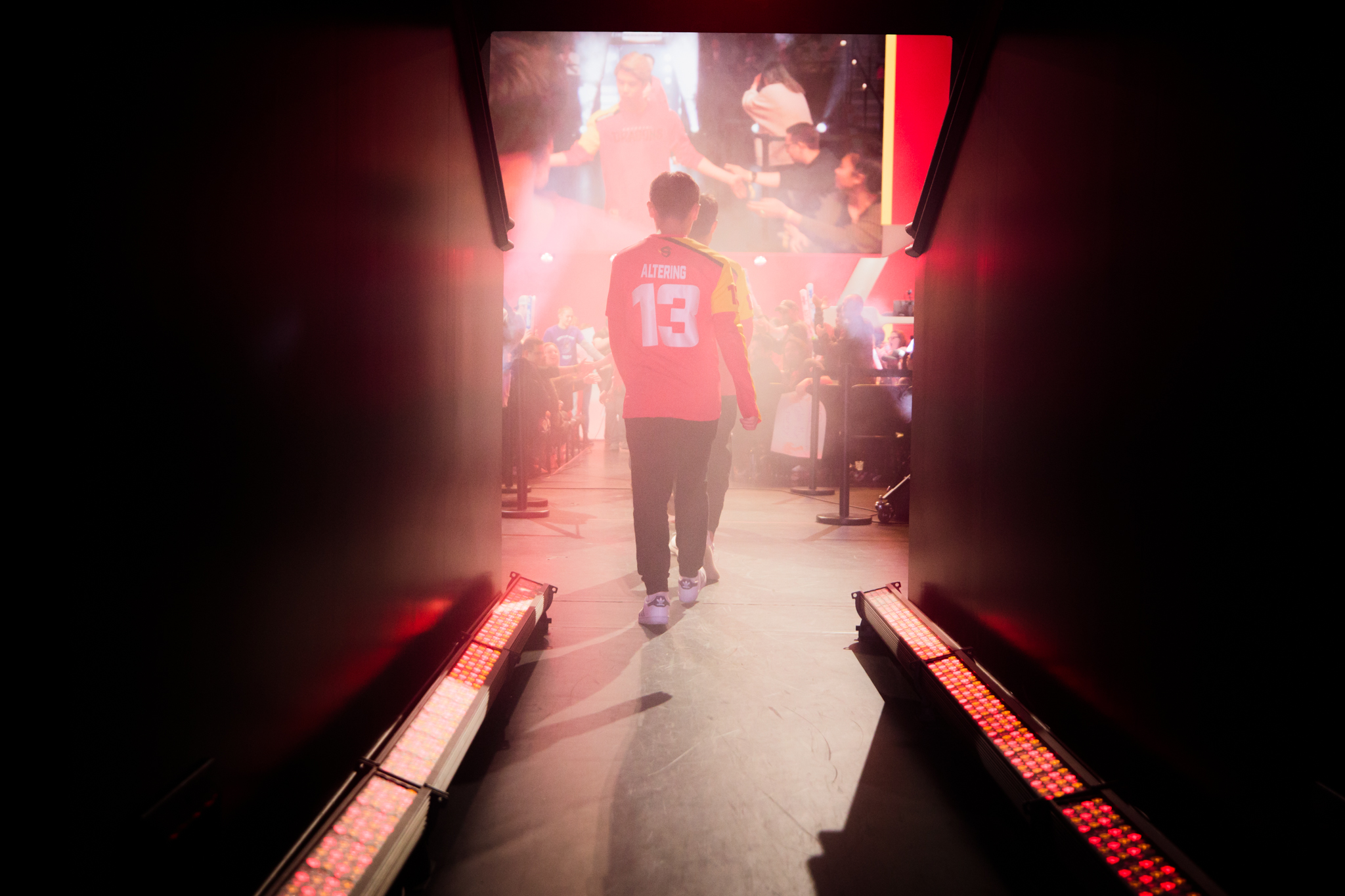 On May 2, Vytis “Mineral” Lasaitis stepped down from his position as head coach of the Overwatch League’s Florida Mayhem. He was burnt out, and his mental and physical exhaustion was affecting his sleep and concentration. His Overwatch League team was struggling to find wins, and he couldn’t act in this condition as the leader the team needed and deserved.

The body can take a lot of stress. People are adaptable. We can bend and fold when life pushes up against us. But it’s the repetitive strain of life—stress—that puts bodies at risk for mental and physical exhaustion, of burnout.

“I was [only] able to work at a fraction of my capacity during stage three,” Lasaitis told Dot Esports. “Medical tests didn’t really provide much clarity, so the professional conclusion was that most of those symptoms stemmed from continuous stress.”

Related: Shangai Dragons have the “most intensive” training schedule in the Overwatch League, but it’s not working

Outsiders look at esports as an extravagant profession (or just not as a job at all), one that’s non-essential to the advancement of society. And, really, it is. On a surface level, play as work is a rejection of what we generally think of as a job. Jamie Woodcock and Mark R. Johnson outlined this idea in their paper Work, Play, and Precariousness: An Overview of the Labor Ecosystem of Esports. “For many young people, the prospect of playing video games as a job is an exciting alternative to the debut of university tuition or zero-hour contract work in the service sector,” they wrote. “Playful” or digital labor is then not seen as labor at all.

Esports culture has traditionally supported a structure in which players live and work in the same spaces; there’s no real designation between leisure and work. Gaming is often seen as a downtime activity, something to do to escape from work. But what if your work is play? The language we use to describe esports competitors only exacerbates this confusion. Those in the Overwatch League are professional players. Being a top-level esports professional is a job, that’s undeniable. But there’s a dangerous (and likely unconscious) current running underneath that language: What the Overwatch League’s professionals are doing isn’t work. It’s play.

“It’s very hard to find a balance between a healthy amount of rest and optimal preparation, and it’s a dilemma pretty much every [Overwatch League] team wrestles with,” Lasaitis told Dot Esports. “I think most people in the Overwatch League are teetering on the edge of burnout heading into stage four.”

That appears to be true. Multiple players across the Overwatch League’s 12 teams have come forward with stories of burnout and poor health. Dallas Fuel’s star DPS player Hwang “EFFECT” Hyeon returned to South Korea and will remain there for the rest of the season. “After a break, I’ll show good skill and solid mental condition,” EFFECT wrote on Twitter. “Sorry to worry everyone.” Fellow Dallas Fuel player Timo “Taimou” Kettunen has expressed similar sentiments about his mental health. In April, he wrote on Twitter that his mental state was in “an insanely bad place.” Later that month, he was hospitalized for “extreme stress [and/or a] migraine.” Taimou was released the same night and returned to active play soon after.

New York Excelsior DPS Kim “Pine” Do-hyeon was also sidelined in March with “a panic disorder on top of depression.” Pine has since returned to the Overwatch League after a stage-long break.

The Overwatch League’s schedule is grueling, with each team playing twice a week. Teams are required to be on hand at the Blizzard Arena in Burbank, California well ahead of their scheduled matches at least two days a week. The rest of the week, teams follow their own schedules. Many practice and scrimmage for Overwatch League matches the other four days a week (nearly all day), with just one day off. Shanghai Dragons, the Overwatch League’s only winless team, has been outspoken about its intense schedule for the league’s stages.

Earlier in May, Shanghai’s manager Yang Van posted a letter on TwitLonger defending the team’s practice schedule from critics who questioned their dedication to the league. Yang wrote that Shanghai practices six days per week, often with players at the training facility from 10:30am to 10:30pm—or later. The Shanghai manager didn’t go into details of the day—it’s likely they have breaks for meals and such—but noted that it’s the “most intensive” training schedule for any team in the Overwatch League.

Dragons players have three to four days off during the Overwatch League’s short break between stages, but just one day per week while play is ongoing. Yang seemed to be interested in proving to fans that the team is dedicated, but it’s brought more questions than answers. From Yang’s own admission, the team is putting in 72 hours of work per week, including scrimmages and Overwatch League play—well over a standard 40-hour work week.

The public isn’t privy to information about what the team does during those 12 hours, but it’s probably not all behind a computer screen. “It’s not exactly clear what 12 hours a day entails for the Shanghai Dragons,” physical therapist Dr. Caitlin McGee wrote on Twitter. “Perhaps that encompasses gameplay, sandboxing, video review, theorycrafting, and health/wellness programming.” If it does, that’s slightly better than just grinding Overwatch all day. But it’s still not good.

Twelve hour days should be the exception, not the rule, McGee told Dot Esports. “There’s plenty you can build into training to increase your capacity [for stress], and plenty of ways to incorporate cooldown mechanics, but training volume beyond players’ capacity is going to result in injury and impaired performance,” she said.

Whether it’s clear or not to Shanghai that the intense programming is not working, it’s clear enough to fans. Shanghai hasn’t won a single match in the Overwatch League—that’s a staggering 32 losses out of the 32 games played thus far.

The Overwatch League has been touted as the first esports league to bring “professionalization” to esports, aligning interests for the players, teams, and sponsors. Blizzard makes money, sponsors make money, teams make money, and, as such, players make money. Of course, it’s incentivized to keep talent healthy in some ways. Players are the capital that drives interest in the Overwatch League. Without players, the Overwatch League wouldn’t exist. Players get medical insurance, a retirement savings plan, housing, and salaries, all of which is a great step forward for esports, but doesn’t excuse the potential labor issues with such an arrangement.

“I know [a schedule change] is an active discussion for season two,” Lasaitis said. “Having a lengthy pause mid-season would be terrific. It’s difficult for players to go home between stages unless the team is willing to sacrifice practice time and risk falling behind.” Lasaitis believes that teams are learning as they go, and Florida Mayhem, in particular, has picked up some important lessons in keeping its players and staff healthy. Blizzard is reportedly working on a better schedule for the Overwatch League’s second season, but details there aren’t available yet.

The Florida Mayhem coach would also like to see back-to-back match days eliminated, where teams have three days to prepare for seven or eight maps against two different opponents. “It hurts the level of play as well, as it forces you to prioritize and make concessions,” Lasaitis said.

It’ll be easier to avoid that in season two, Lasaitis said, if more Overwatch League teams are added, as the league is reportedly looking to do. If enough teams join, Lasaitis is hopeful for a season in which teams play just one match a week without reducing the league’s broadcast time. “I think that’s the area where Overwatch League can have the biggest impact on everyone’s health, and then it’s up to each organization to put together a healthy infrastructure around that.”

McGee agrees that the Overwatch League could make an impact by imposing regulations on practice time, but there are problems there, too. A better option is education. “Players, managers, coaches, and teams need to understand the detrimental effects of excessive training volumes,” she said. “And it’s definitely something that can be counter-intuitive to the ‘if you’re not good enough you need to train more to get better’ mindset. But training more only works if you’re also training right, resting right, and supplementing right.”

Her method appeals to the desire for both players and teams to win more Overwatch League matches with a healthier squad. A healthier, happier team ups the value of a team’s capital: the players. Schedules should be regulated to include a cyclical schedule that varies volume, intensity, and types of training. “You can be prepared for peak performance when you need to be (competition days), while not demanding that your body exist at that level of stress 24/7,” McGee said. “Done correctly, periodization decreases injury risk, prevents burnout and fatigue, and results in better performance.”

The responsibilities of these esports professionals, which includes content creation and a social media presence on top of competition, is redefining what labor is. Gamers are working on behalf of themselves and the teams, sponsors, and leagues they work for, Woodcock and Johnson said in their study. The complexity of digital labor is exacerbated by the perceived luxury of play as a living. The Overwatch League is a new space, and everyone involved is still figuring things out. (Houston Outlaws general manager Matthew Rodriguez tweeted he likely wasn’t entirely prepared for the role when he took it on in September, but has learned confidence on the job.) The league’s sustainability is a priority for everyone involved, which means labor practice and player health will be a continued focus for all parties involved. A players’ union could be a good start.

One Overwatch player-turned-coach, Thomas “Morte” Kerbusch, is reportedly working on an Overwatch players’ association with the help of sports labor attorney Ellen Zavian. The pair is modeling the union like other North American sports unions, she told The Esports Observer in March. Details are slim at this point, but it could be an important step in regulating the industry, providing the kind of leverage needed to ensure player rights are not violated by teams or leagues. Overwatch League commissioner Nate Nanzer told Dot Esports in March that he’d be supportive of a players’ union and “have those discussions” with the players involved.

But who’s to take responsibility for the potential labor issues at play? Whose job is it to protect players and prevent burnout? If the Overwatch League wants to maintain its talent, which it certainly does, someone’s got to make a push.