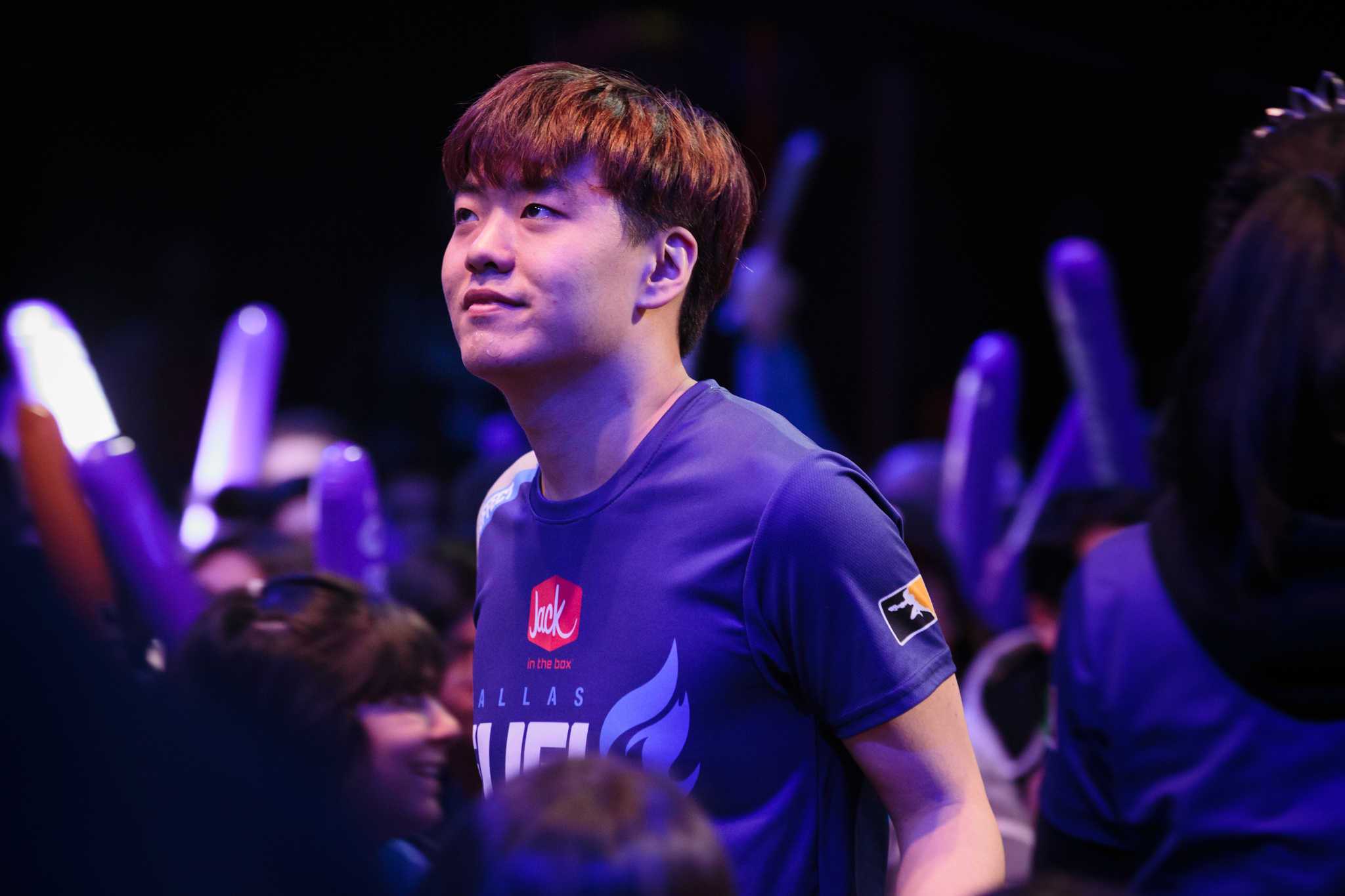 Hwang “EFFECT” Hyeon popped on his Twitch stream on Monday, what would have been very early morning in Los Angeles. An automated Twitch stream bot revealed what Dallas Fuel had not yet announced: EFFECT was streaming from South Korea.

Dallas Fuel confirmed EFFECT’s return to Korea to Dot Esports. “[EFFECT] is spending some much-deserved time resting with his friends and family,” a Dallas Fuel representative said. “He’ll be back with the team soon; for the next few matches, fans can expect to see other of Dallas’ DPS players in the starting lineup.”

“After a break, I’ll show good skill and solid mental condition,” EFFECT wrote on Twitter. “Sorry to worry everyone.”

Dallas Fuel have only one win in stage three of the Overwatch League, and it came against the winless Shanghai Dragons. The team’s been marred by controversy; in Korea, Overwatch League fans and casters question the team’s decision to sign Son “OGE” Min-seok, a player suspended in March for boosting. Earlier in March, tank player Félix “xQc” Lengyel was released from the Overwatch League team, while Timo “Taimou” Kettunen was fined for behavior on stream.

Morale is low across the team—EFFECT tweeted last week that either the team adjusts, or he’ll leave. Taimou, too, has expressed frustration with Dallas Fuel; most recently, he was hospitalized for “extreme stress.”

The problems facing Dallas Fuel won’t be easy to fix. The team’s been open about its serious communication issues, many of which have plagued the former championship team since the start of the Overwatch League. Roster swaps haven’t helped much thus far, but a coaching overhaul could be the right adjustment for the Texas team.

Dallas Fuel is searching for a new head coach after Souder’s departure. At this point, there’s no real rush to commit to a coach. Dallas is unlikely to make the Overwatch League’s finals, given their poor results across the season. A strong finish in the inaugural season would be a good morale boost for the roster, but player health and recovery for next season is a smarter priority.