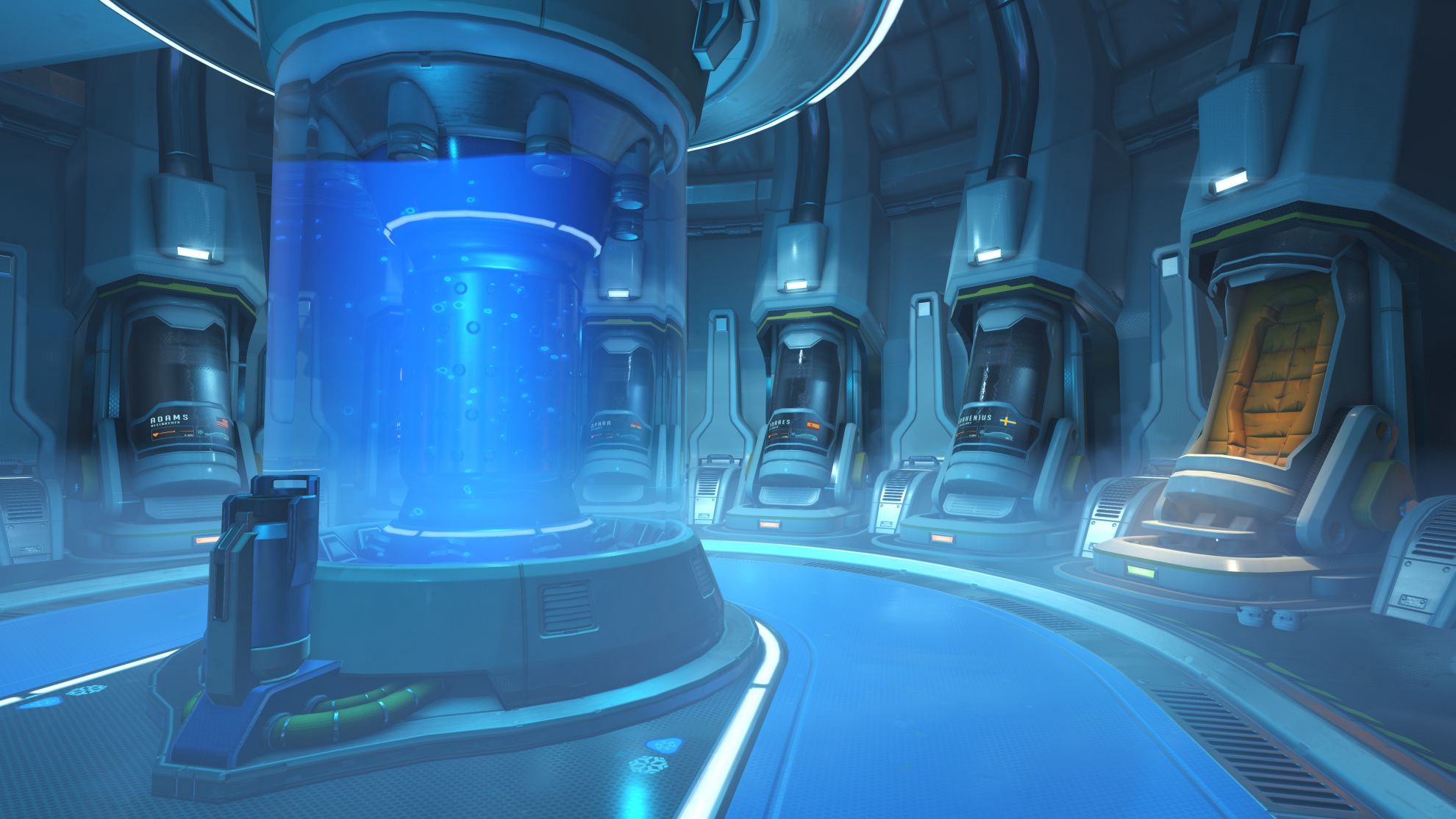 Scientists are no longer studying climate change in the remote monitoring station of Ecopoint: Antarctica. Computer monitors?—?still on?—?line the station’s walls; an anomaly’s been detected, and a storm’s on its way. On Ecopoint: Antarctica, though, a major storm’s already come, leaving one survivor: Overwatch hero Mei. Her teammates, flat-lined, are still enclosed in the station’s cryogenic pod room.

Now, the station is a battleground for Overwatch players to test their skills in ways previously unavailable in Blizzard Entertainment’s hero-shooter: one-on-one mystery duels and three-on-three elimination-style matches. Ecopoint: Antarctica is only available on Overwatch’s public test realm for now, housed within another new feature, the Arcade.

Mystery duels pit players against each other with mirror match-up heroes, chosen randomly at the start of each round. The first to five points wins. And gaining points sounds easy?—?just take out the other player. Competitors start out on opposite sides of the map and are let loose when the match begins. You could charge through the middle of the map, straight to the opposite side of the station, but then you run the risk of being revealed. That’s the hardest part of one-on-one for me, when the other player sees me before I see them. Mystery duels have no health packs, so it’s important to have the upper hand. Sticking to the sides of the up, running up stairs and hiding behind trucks has proven most effective for me, but any sort of delay in the action tends to make things harder in regards to actually finding the other player.

Ecopoint: Antarctica is smaller than other Overwatch maps, but not exactly small. Too big for one-on-one, even. Still, I find it more effective to stick to the shadows than to rush in, even though they’re likely hiding, too.

For most who likely prefer to play a few Overwatch characters rather than handling a broad range, many of the characters assigned in mystery duels will be unfamiliar. But this is a good thing; the unfamiliarity makes the mode tense, exciting. It’s good practice for regular games, too?—?it never hurts to be more familiar with your foes.

Three-on-three is similar, though, as you may have guessed, three players take on another three players. Team selection is essential; teammates have to rely on each other to stay alive. Because once you’re gone, you’re gone. That makes characters who can sustain their own health really important, especially given that there’s no health packs on Ecopoint: Antarctica. Soldier: 76, Roadhog, and Ana make a lot of sense in three-on-three. Solider: 76, especially?—?he can heal his teammates, too.

These modes are only available in the Arcade, meaning there’s no statistics page for evaluating play. However, after they got thrown into the PTR, Jeff Kaplan mentioned Blizzard is open to adding player statistics pages for both modes. And even better?—?Blizzard hasn’t ruled out adding a competitive version of these gametypes, either.

In total, there are five new gameplay modes in Overwatch’s Arcade: one-on-one mystery duel, three-on-three elimination, six-on-six mystery heroes, six-on-six brawls, and six-on-six no limits matches. The last three modes are likely not unfamiliar to Overwatch players. Players have their heroes randomly chosen for them during the six-on-six mystery duel, changing with each respawn. Six-on-six brawls is a playlist of Overwatch’s weekly brawls. No limits is especially important, given that Blizzard is no longer allowing hero stacking in Quick Play; the no limits mode in the Arcade is now the place to showcase your stellar all Hanzo team.

Blizzard hasn’t announced when Arcade will come off the PTR and to the regular server. We’ll keep you updated when it does.