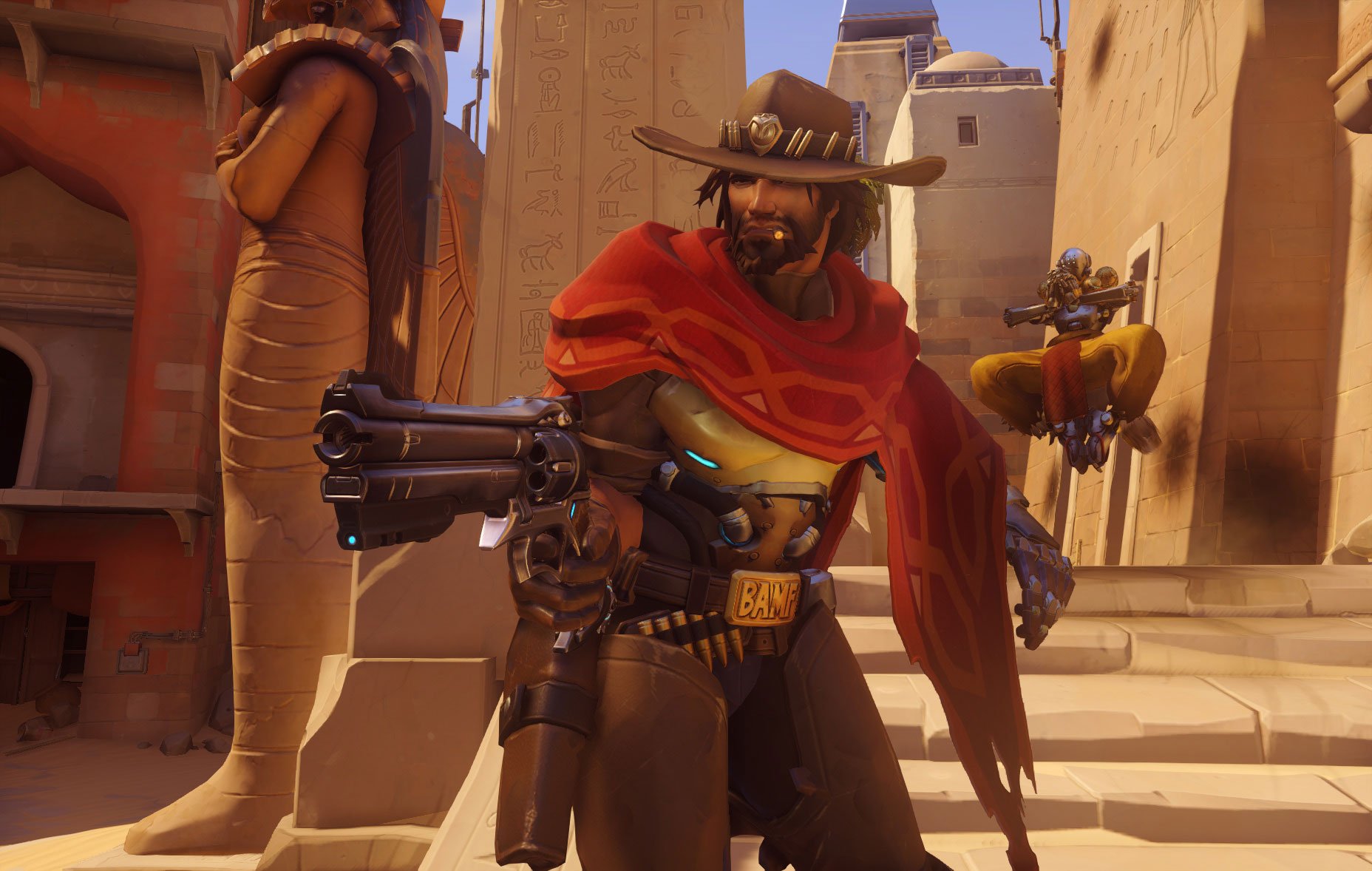 The character was originally named after a former Blizzard Entertainment developer also named Jesse McCree who was dismissed from Blizzard earlier this week in the wake of the company’s public handling of a widespread sexual harassment lawsuit filed by the state of California.

McCree, along with other Blizzard higher-ups, was at the center of last month’s “Cosby Suite,” controversy, which referred to a hotel suite at the 2013 iteration of BlizzCon in which Blizzard developers seemingly recruited women for sexual favors.

Other former Blizzard developers tied up in the company’s sexual misconduct case, including Alex Afrasiabi, a one-time high profile World of Warcraft developer, saw all in-game references to their likenesses removed from that game following their respective dismissals from Blizzard last month. The WoW team acted on its own accord in removing references to developers such as Afrasiabi. It’s still unclear whether the World of Warcraft team’s independent sentiment to remove all inappropriate references from that game is applicable to other development teams at Blizzard.

McCree, who formerly worked on games in the Diablo franchise, including the yet-to-be-released Diablo IV, holds no apparent ties to Overwatch outside of serving as a namesake for one of the game’s most popular characters.

The Overwatch community received a boost in their campaign to see McCree renamed when Overwatch League broadcasters Brennon “Bren” Hook and Josh “Sideshow” Wilkinson refused to use McCree’s name in a match earlier this week. In place of the character’s given name, the duo referred to him as “the cowboy.”

The two casters acted out of their own volition and did not receive a mandate from Blizzard or Overwatch League officials to redact McCree’s name from the broadcast, according to an email from Blizzard received by Kotaku earlier this week.

Blizzard has made no public statement regarding the future of the gunslinging DPS hero. And with growing uncertainty surrounding the Overwatch franchise’s future development plans, it’s unclear if Blizzard will make any move toward a renaming process for McCree.