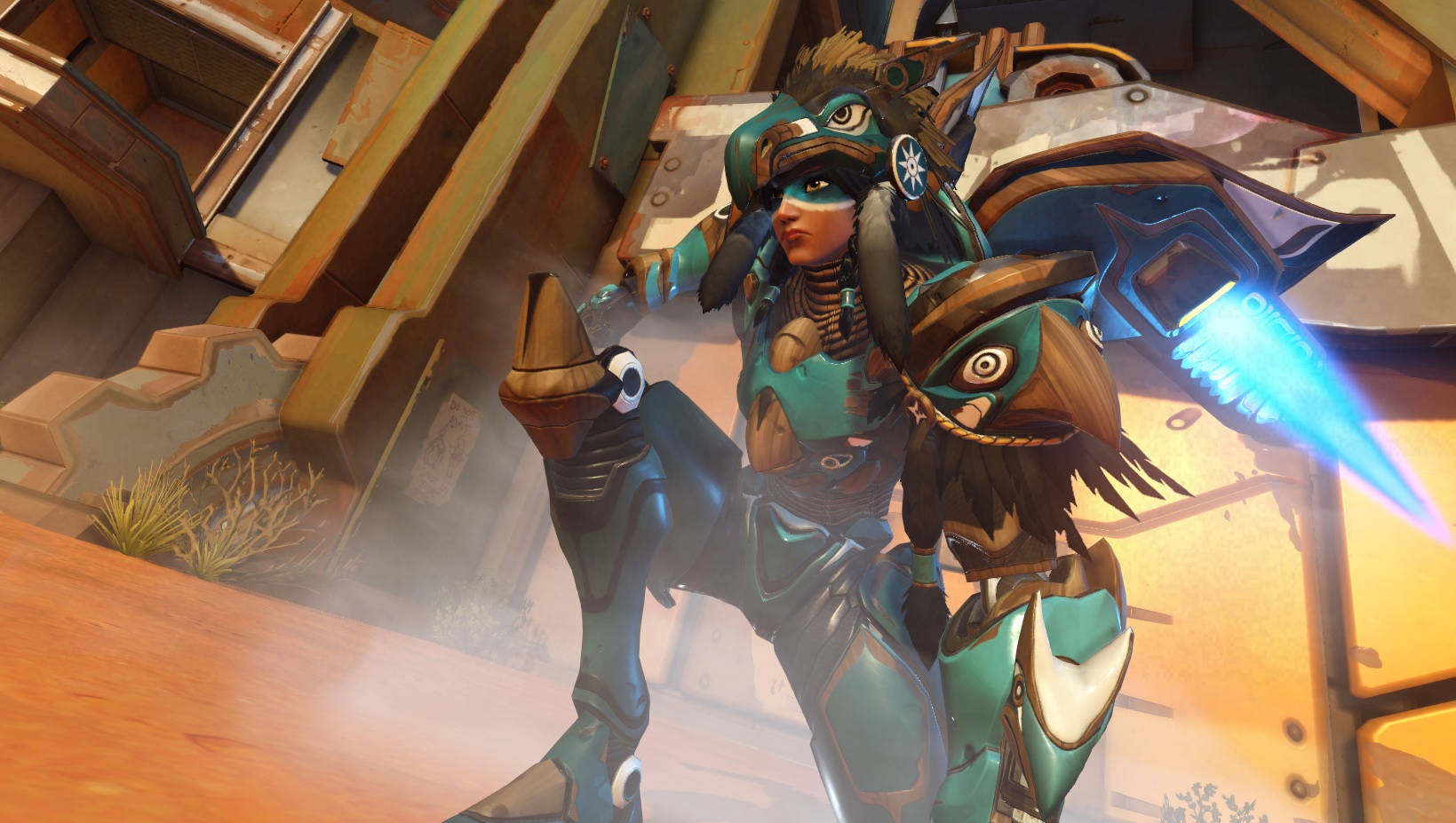 While most Overwatch players were busy staring at adorable Pachimaris, the developers have been hard at work making more balance changes.

The PachiMarchi Challenge may be Overwatch’s big draw this month, but work still has to get done behind the scenes. The game’s March 11 live patch brings all of the Experimental Card changes from March 4 to the live servers.

Last week’s Experimental Card tested a host of minor changes to damage dealers like Genji and Mei, fine-tuning abilities that could help achieve more balance during wild teamfights. Reaper’s damage nerf from the last live patch was also pulled back.

In addition, tank heroes like Sigma and Zarya have received some balance changes. Considering both are still incredibly popular in the game’s current meta, it’s important for players to pay attention to how these alterations will affect gameplay.

This lower shuriken recovery rate will allow Genji “to have more impact outside of his ultimate,” the developers said. In many compositions, Genji is played only for his powerful Dragonblade ultimate, which is often combined with Ana’s Nano-Boost or a Mercy damage boost for maximum efficiency.

These changes allow Genji to be more impactful in regular teamfights. An increase in ultimate cost means that players will have to make better use of his abilities while Dragonblade charges.

A previous patch removed the ability for Mei to be targeted in her “ice block” form, officially known as Cryo-Freeze. This was a huge benefit for Mei players who were given more time to avoid the ire of enemy players who would lock on to them before Cryo-Freeze was finished. But this lack of targeting also applies to allies who couldn’t heal Mei while in ice block form.

This minor increase lets Mei gain health back at a higher rate, allowing her to regain full health (250 HP) in five seconds maximum depending on damage taken. Mei players can now be a little more adventurous knowing that Cryo-Freeze can get them back into the fight more quickly.

Not to be unseated by fellow aerial hero Echo, Pharah has been racking up developer buffs over the past few months. This change is an attempt to give her more hover power while not giving her the freedom to “climb to the extreme heights some map ceilings allow for as it can lead to less interactive gameplay,” the developers said.

Any increase in Hover Jet’s regeneration rate will allow players to stay in the air longer, raining down justice. Players will also have to “refuel” less often by touching the ground.

The developers gave Reaper a playstyle overhaul in the Feb. 18 live patch, increasing the range of his primary weapon to make him more viable in teamfights. The cost of this change was the damage per projectile of his Hellfire Shotguns, which dropped from seven to 5.5. Feeling the lack of damage was an issue, the devs have bumped him back up to a solid six damage per bullet.

As one of the most popular (and oppressive) tank heroes in the game, Sigma has been hit with the nerf stick multiple times over the past few patches. The biggest change was to his Experimental Barrier, the main way he shields and protects himself and allies. An increase of cooldown time to 2.5 seconds was a bit much, so the developers are taking it back down to two seconds.

It may seem minor, but that half a second could mean the difference between blocking a deadly attack or ultimate and letting your team down.

When heroes with high power and AoE damage, like Ashe and Pharah, come into the meta, Zarya tends to come back in popularity. Zarya’s power comes from her ability to absorb energy and churn it back out as damage at sky-high rates. This minor nerf makes her energy drain slightly faster between teamfights or when she’s not directly absorbing damage. Zarya players will have to work a bit harder to keep their energy buzzing at 100 percent.

These changes are now live on all Overwatch platforms, including Xbox One, PS4, and Nintendo Switch.