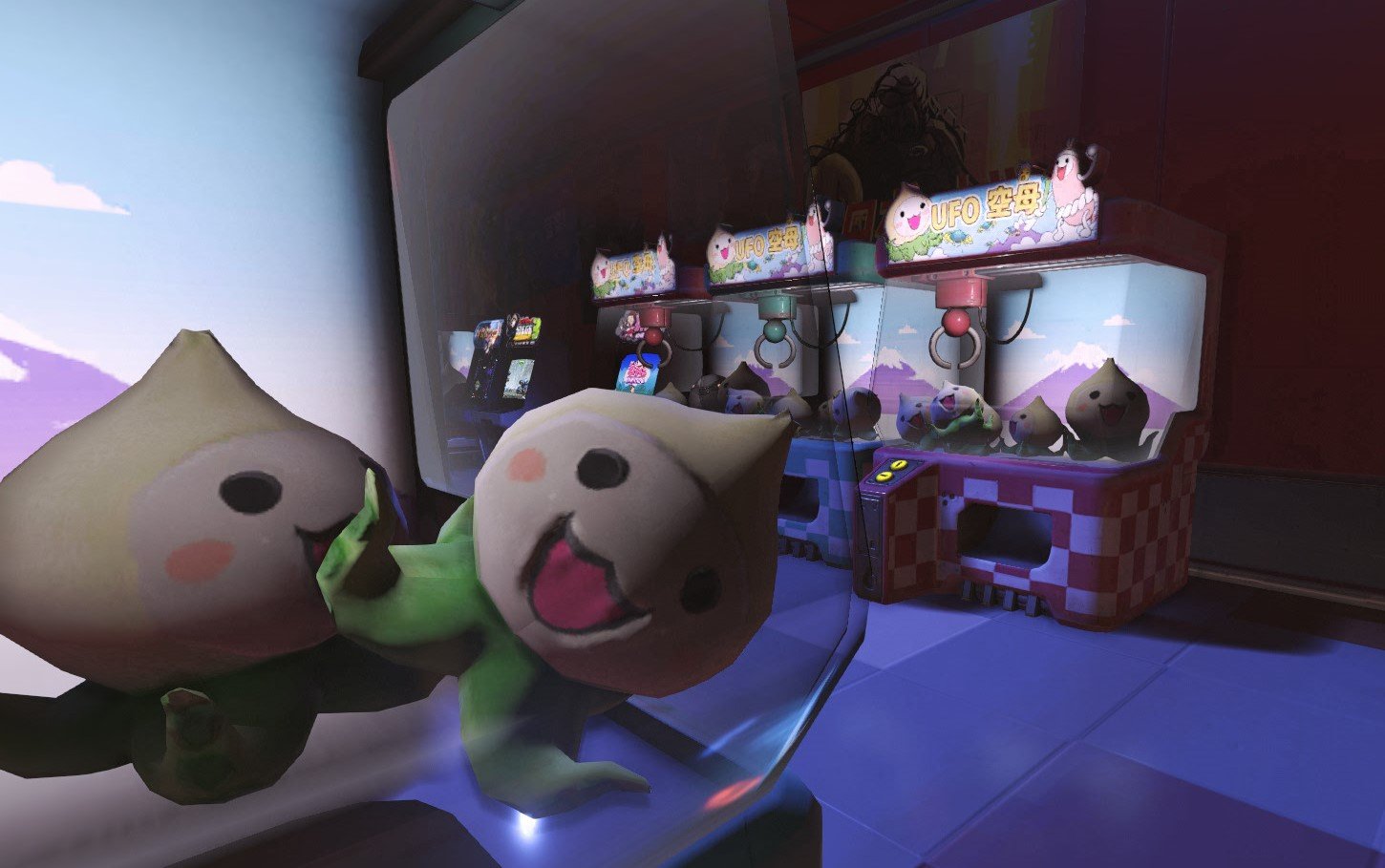 In any given match of Overwatch, your chance of seeing a Pachimari is high. The tiny mascot seems to be everywhere, from plushies scattered across the floor of Hanamura to player icons in dozens of styles and themes.

But even veteran Overwatch players eventually stop to ask a simple question: What the heck is a Pachimari?

The star of the newest Overwatch event, the PachiMarchi Challenge, has been compared to aliens, potatoes, and Pokémon. Its actual genetic makeup, however, is just as strange as some of the guesses.

Pachimaris are half-onion, half-octopus, and 100 percent adorable. The top half of a Pachimari is meant to resemble a white onion and the bottom half, which is made up of four tentacles, shows its octopus (or squid) heritage.

The Pachimari was invented by concept artist David Kang, who needed to create a plush for Hanamura’s crane machines, according to a 2017 Kotaku article. He was apparently inspired by a Korean word for onion, which sounds like “pa.”

In the five years since Overwatch’s release, the Pachimari has exploded in popularity and become one of the most recognizable mascots of the game.

The simplicity of the Pachimari, with big bright eyes and a joyful smile, speaks to the reason it was created. Though it was intended as a background filler object, the “blank slate” of the Pachimari has lent itself to many outfits and themes over the years.

Overwatch’s design team has “dressed up” Pachimaris for every single annual event, leading to dozens of adorable mascot variations. Perpetual favorites include a spooky Vampachimari and the royal Pachiking that sits on Junkertown’s golden payload.

After enjoying a starring role in Hanamura’s attack spawn, Pachimaris can now be found on numerous Overwatch maps.

Aside from the king Pachimari hidden on the Junkertown payload, there’s always a Pachimari on the table in Control map spawns. On Busan’s City map, there’s a game called Pachimari Odyssey on computers in the PC bang. Free-for-all map Kanezaka takes it to the next level with a dedicated Pachimari arcade.

Blizzard has even managed to monetize the adorable onion. Pachimari-themed products are some of the most popular pieces of Overwatch merchandise. Squeaky keychain-sized Pachimari mascots have been around since 2018. Multiple heroes, such as Reaper, D.Va, and Mei, have their own themed Pachimari figures, too. The Blizzard store is also full of Pachimari fashion, including hoodies and shorts.

The mascot’s cuteness has even inspired an annual event, PachiMarchi, which encourages players to create art and share their work throughout the month of March. The new event is based on this annual tradition.

Though the Pachimari’s existence as an omnipresent half-cephalopod, half-onion creature is still confusing, its popularity has only continued to grow as more players enter the Overwatch universe.