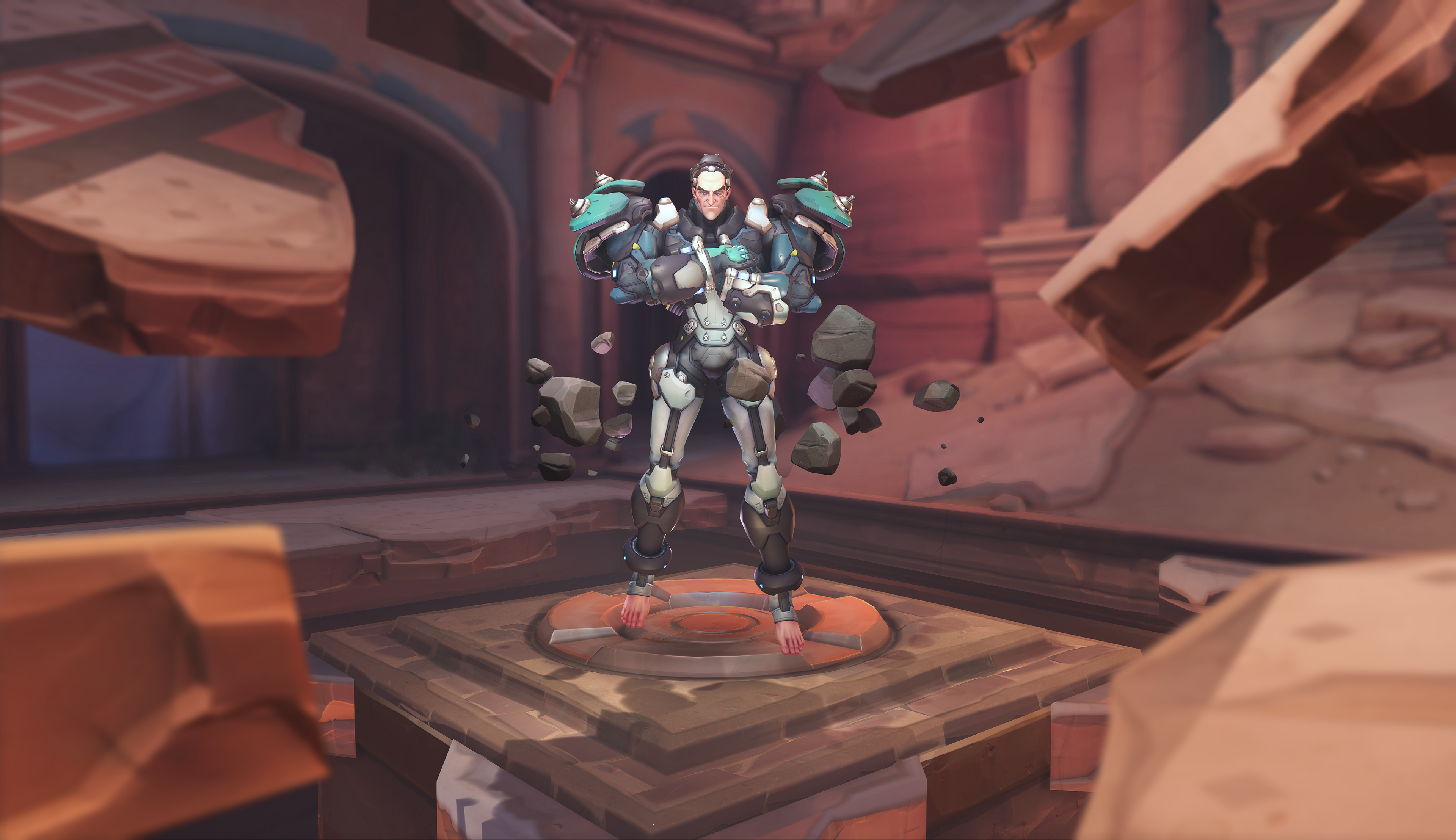 Overwatch is undergoing a lot of huge updates today. Sigma, the game’s newest hero, is now available in quick play, arcade, and competitive mode. Role queue has also been activated. The big 1.39 patch, which was tested and tweaked extensively on the Public Test Realm (PTR) the past few weeks, adds a ton of hero updates and a big change in ultimate cost.

The biggest overall game change is that global ultimate cost will be increased by 12 percent. This means that ultimates will take additional time to charge. “We are reducing how quickly they charge so fewer fights will be determined by ultimate usage,” developers said in the 1.39 patch notes.

Slowing effects by “friendly and hostile” targets will no longer stack and will be considered separate effects. For example, Reinhardt slows himself when he puts up a shield. If a Mei freezes him, the Reinhardt will now not be slowed until the Mei’s slowing effects surpass that of his own.

Previously, the effects would have combined for a more severe slowing effect. A minor bug in which damage from beam heroes would not register was also fixed.

Because of role queue, Brigitte had to undergo a series of changes to make her more of a support and less of a healing off-tank. Much of her kit has been changed to prioritize healing her team.

Her trusty shield barrier has had its health reduced from 500 to 200 to make her more vulnerable to attacks. Brigitte’s Repair Pack ability has also been overhauled. It has three charges with 120 healing each, down from 150. These packs heal over two seconds instead of instantly and the effect can stack if given to the same hero.

Her passive, Inspire, now does 130 healing but the self-heal from Inspire has been reduced by half. Rally’s ultimate cost has increased by 10 percent, making it charge slower. Shield Bash’s duration has decreased to .75 seconds from .9 seconds. Whip Shot is slightly more powerful, with an outgoing velocity of 80 (from 60) and a quicker retracting time, 0.3 seconds instead of 0.6.

Ten heroes have also undergone specific changes to prepare for role queue or to balance their kits.

Ashe’s gun, long criticized for taking too long to reload, will now fill up a bit faster.

Doomfist players can now give a quick punch while reloading their larger, more dangerous punch.

Hanzo players will have one fewer shot with his special ability, Storm Arrow, which is often used to break shields.

Orisa’s barrier will take a second longer to recharge, which is good news for players facing a bunker composition or a particularly smart main tank.

A well-placed knock back, like Lúcio’s right click, used to be able to displace a Reinhardt enough to decimate his entire team with an ultimate. Thanks to this new passive ability, Reinhardt will be more difficult to move out of position.

Every player that has been hacked by a Sombra knows how long the effect seems to last. Sombra’s hack duration onto enemy players has been decreased and the activation time of EMP has increased by a full 0.15 seconds. This gives enemy teams more of a chance to react or retaliate against the Sombra.

Symmetra players often used Teleporter only to position their teams or get out of trouble, but these new buffs may give it a few more strategic uses.

A few patches ago, developers reduced the damage from Pulse Bomb because it felt “punishing” to tanks. The increase is, in the words of developers, to “help deal with other hefty targets such as Bastion, or enemies with bonus armor from Brigitte.”

Wrecking Ball can now throw his ultimate farther, especially if he’s in the air, and the process will go a lot faster. This allows Wrecking Ball players to drop their ultimate and roll away before facing any consequences, which the hamster probably appreciates.

Many different roles have benefited from the changes in patch 1.39, but the overall idea seems to have been balance in the face of role queue. Tanks have become hardier, healers like Brigitte have become more focused, and damage dealers have become more powerful. This patch will likely be integrated into the Overwatch League season playoffs, which begin Aug. 30.