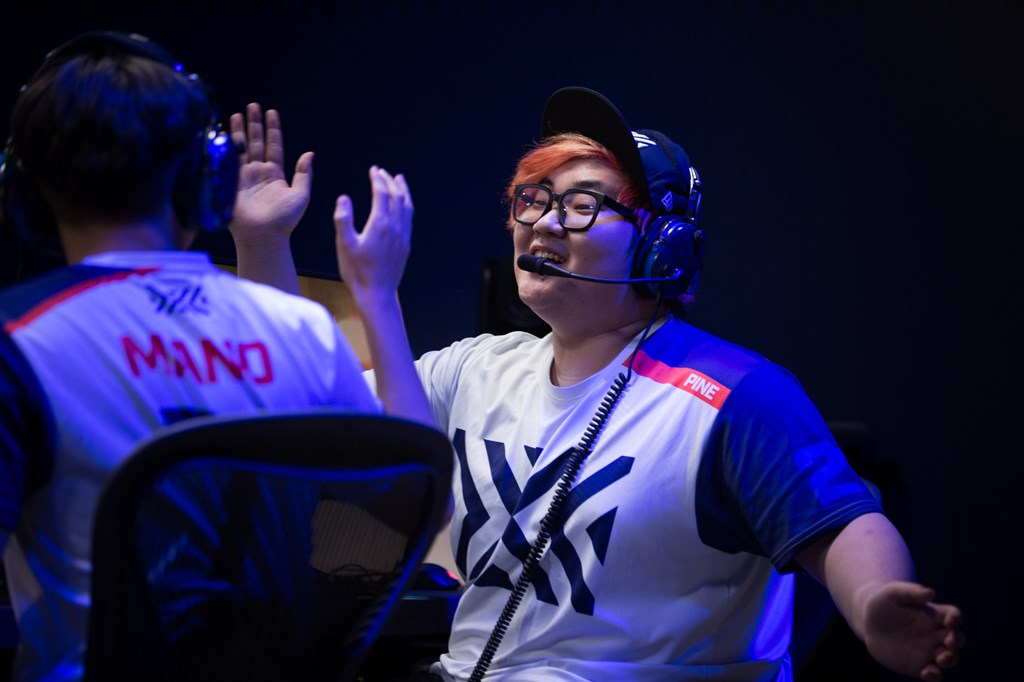 We’re now two weeks into the inaugural season of Overwatch League, and so far, no team fielding a lineup of six Koreans has lost a match.

Seoul Dynasty sit atop the standings with a 4-0 record, while London Spitfire and New York Excelsior joined them after their wins earlier today. The three teams featuring solely Korean lineups are undefeated with a 12-0 combined record and a 40-7-2 map tally.

Today, though, saw two ends of the spectrum: London Spitfire needed all five maps to stave off Los Angeles Valiant, who came just a few missed shots away from ending Korea’s undefeated run. But then the New York Excelsior showed just how dominant these Korean teams can be, smashing the Los Angeles Gladiators in four maps—and it wasn’t even close.

Excelsior brought out fan-favorite Kim “Pine” Do-hyeon on an Escort map for the first time to open the series, and he didn’t disappoint. The hitscan wizard who so far has only been used as an Ilios specialist took Widowmaker to the big arch behind Dorado’s first capture point and dazzled Gladiators with his pinpoint snipes. Gladiators barely pushed the cart to the fountain, and Excelsior closed out the map on their attack in about one minute.

Horizon and Oasis were a bit closer, despite another appearance by Pine on the Control map, but Excelsior still scored two comfortable wins. The final map, Eichenwalde, was another slaughter, as the Gladiators barely pushed the cart past the first point.

While everyone expected the Seoul Dynasty and London Spitfire to top the standings with ease, the New York Excelsior have actually played like the best Korean team thus far. They feature standout players at every position like Pine, Park “Saebyolbe” Jong-ryeol and his unique ability to shut down enemy Tracers, and rising superstar Bang “JJoNak” Sung-hyeon, who is changing the way Zenyatta is meant to play with his amazing ability to pump out damage.

But during the preseason, the Excelsior looked like they may struggle to mesh as a team despite their amazing talent, failing to equal the sum of their parts. Today’s dominance against Gladiators shows they’re capable of firing on all cylinders, and that’s a very scary prospect for the rest of the Overwatch League.