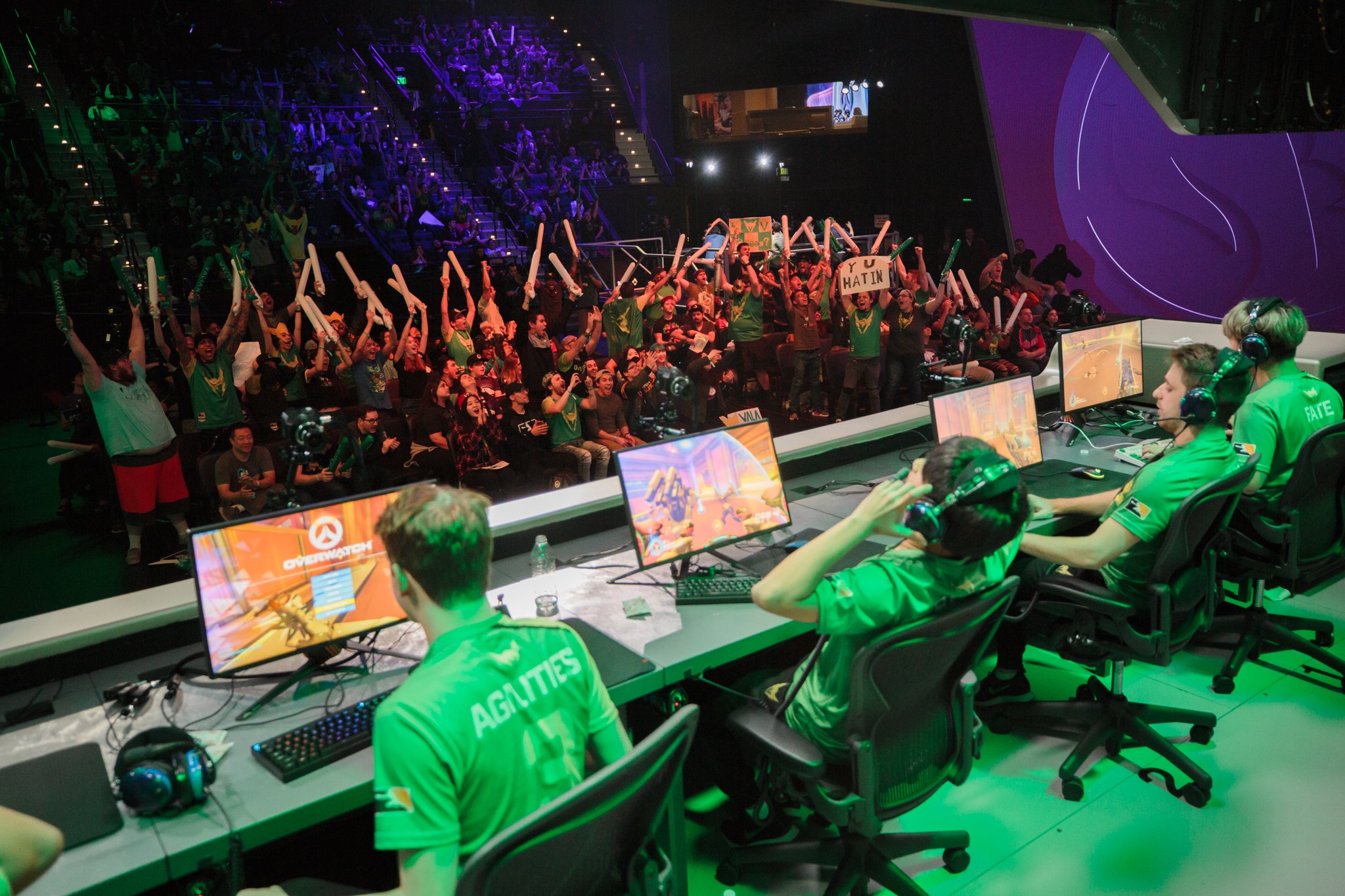 There was just one series this week that had the potential to change the course of the Overwatch League’s stage one title matches.

Seoul Dynasty vs. Los Angeles Valiant was not only important for both teams playing in the series, but the other three Overwatch League teams in contention for the stage title as well—Boston Uprising, Houston Outlaws, and Philadelphia Fusion. New York Excelsior and London Spitfire are essentially locked in at this point.

As the math stands, Seoul Dynasty was almost guaranteed to make the stage one title matches should they beat Los Angeles. But if Los Angeles won, another team—Houston, Boston, or Los Angeles—is closer to stealing that slot. Philadelphia is the big darkhorse, but will stay in contention with a Los Angeles win. Seoul’s loss today doesn’t mean they’re out, but it makes their next matches even more important.

The series started off on Eichenwalde, where Kim “Fleta” Byung-sun and Ted “silkthread” Wang met for a fierce Pharah-on-Pharah battle at the map’s first point.

Silkthread and the Los Angeles team were able to eke out a full push on Eichenwalde, despite Seoul’s extended hold on the first point. That success was largely due to Fleta landing important rockets on Los Angeles’ key targets—namely, Silkthread on Pharah. It’s not easy to hit Pharah while using a Pharah rocket as she hovers above Eichenwalde’s crumbling buildings.

But what Fleta was able to do is unparalleled. Fleta knew exactly where silkthread will land after using a hover burst—and Fleta’s rocket was waiting there for silkthread within seconds.

After landing that key rocket on silkthread, Fleta was able to use his ultimate without the fear of being taken out by a Los Angeles player, all of which are quarreling with the remainder of Seoul just below. If you’re counting, that’s three kills within the span of seconds.

But despite Fleta’s well-positioned rockets, it was Los Angeles Valiant that earned the win on Eichenwalde, which put the hometown team up 1-0 in the series. Bewilderingly, Seoul again opted out of its proven support duo, Ryu “ryujehong” Je-hong and Yang “tobi” Jin-mo. Ryujehong was missing in Seoul’s last series, but the South Korean team started their Feb. 8 match with tobi on the bench. Moon “Gido” Gi-do stepped in to start.

Seoul struggled to capture the first point on Temple of Anubis in the tiebreaker round, leaving them less than a minute out of the six they had to nab the second point. Because Seoul was unable to meet Los Angeles’ tick on the point, Temple of Anubis ended in a draw with Los Angeles still holding onto the series lead 1-0.

Seoul tried to out-think Los Angeles to the point of over-doing it, much like they did last week, and it’s not working. Instead of showing solid mechanics and communication, the team thought too hard about what their opponents think they’re going to do. They weren’t proactive, and it made them vulnerable throughout the entire match.

The teams took to Oasis for the third map, where Seoul finally reunited tobi and ryujehong as the team’s support duo. But by Oasis, it was much too late to make a difference. Los Angeles continued to play aggressive, allowing the California team to take two points on Oasis. That was all Los Angeles needed to take the series win away from Seoul Dynasty and to keep themselves—and the rest of the contenders—eligible for the stage one finals. But they didn’t stop there; Los Angeles continued to take the last map from Seoul for a 3-0 finish.