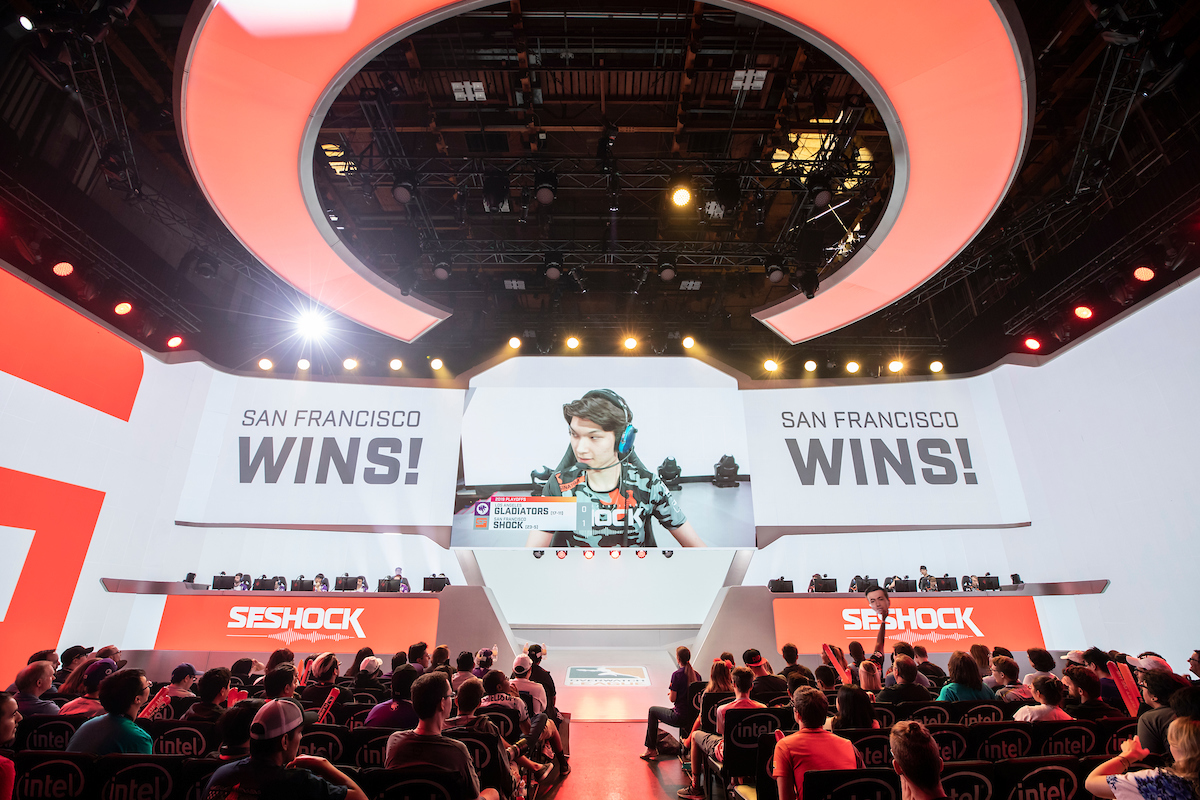 It was a matchup of electric proportions. In the Overwatch League season playoff loser’s bracket, the San Francisco Shock and the Hangzhou Spark fought to stay alive in the postseason. The Shock defeated the Chinese team with a 4-0 sweep, but the scoreline betrays how close each map really was.

The Shock won a championship and completed the league’s first “golden stage” without dropping a single map during stage two. The Hangzhou Spark had a successful Overwatch League season, but they lacked the confidence and experience the Shock had.

The first map Busan accurately showcased the matchup that would define the rest of the series. 2019 Overwatch League MVP Jay “Sinatraa” Won rolled through the Spark’s backline on Doomfist while countering plays from Park “Bazzi” Jun-ki on the Doomfist mirror-matchup. Spark DPS Kim “GodsB” Kyeon-Bo returned for more terrifying Reaper play, but it wasn’t enough to take Busan or the second map, King’s Row.

On both maps, the Spark played defensively in response to the Shock’s aggression. This plan worked for Hangzhou on certain pushes where San Francisco over-committed, but the ultimate combination and coordination from the Shock overwhelmed the Spark. Shock went up 2-0 before halftime.

Temple of Anubis was the closest map of the series, since both teams were able to take four points over two rounds of the Assault map. The Hangzhou Spark’s support duo enabled clutch plays, letting the team keep up with Shock for most of the map. Shock managed a better defense on the third round of the map and went up 3-0.

Escort map Dorado was a similar scene. Bazzi brought out Mei to shut down the Shock, but San Francisco’s Kim “Rascal” Dong-jun swapped to Pharah for aerial assaults. Both teams finished all points of the Escort map in the first round. The second round got hairy for the Shock, as the Spark took an easy point A from an oversight by the enemy team. A final Mei Blizzard from Rascal shut down the Spark’s push, and the Shock won the series 4-0.