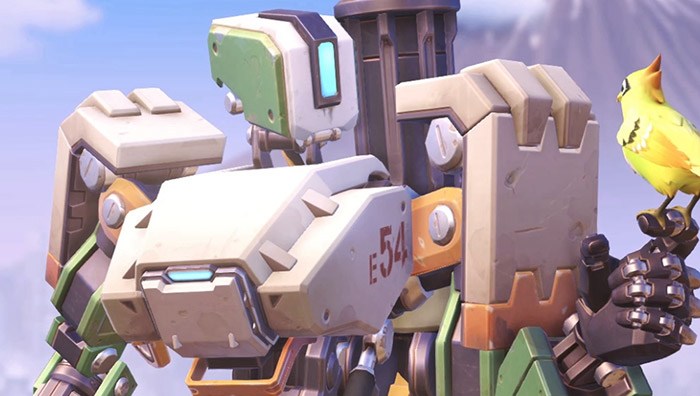 Bastion, strongly resembling a green gift-wrapped box, looks like he would fit perfectly under a Christmas tree. His red bow really brings the look together.

Older skins from the first two Winter Wonderland event will return this year for discounted prices. The seasonal event returns Dec. 11 and will continue until Jan. 2. Previous season brawls, Mei’s Snowball Offensive and Yeti Hunt, are also expected to return—but like the other seasonal events this year, there likely won’t be new playable content. Overwatch game director Jeff Kaplan explained earlier in the year that the team’s focused elsewhere, for now.

Blizzard World, Hanamura, and King’s Row are the three Overwatch maps that’ll get a snow-covered reskin for the holiday season. Blizzard World is a new addition to the list, and it’s sure to be filled with magical holiday-esque Easter eggs—a way to inject some winter spirit into even the most challenging competitive matches, if only for three weeks.

Winter Wonderland will continue until Jan. 2, when all the holiday content will be locked away until 2019.