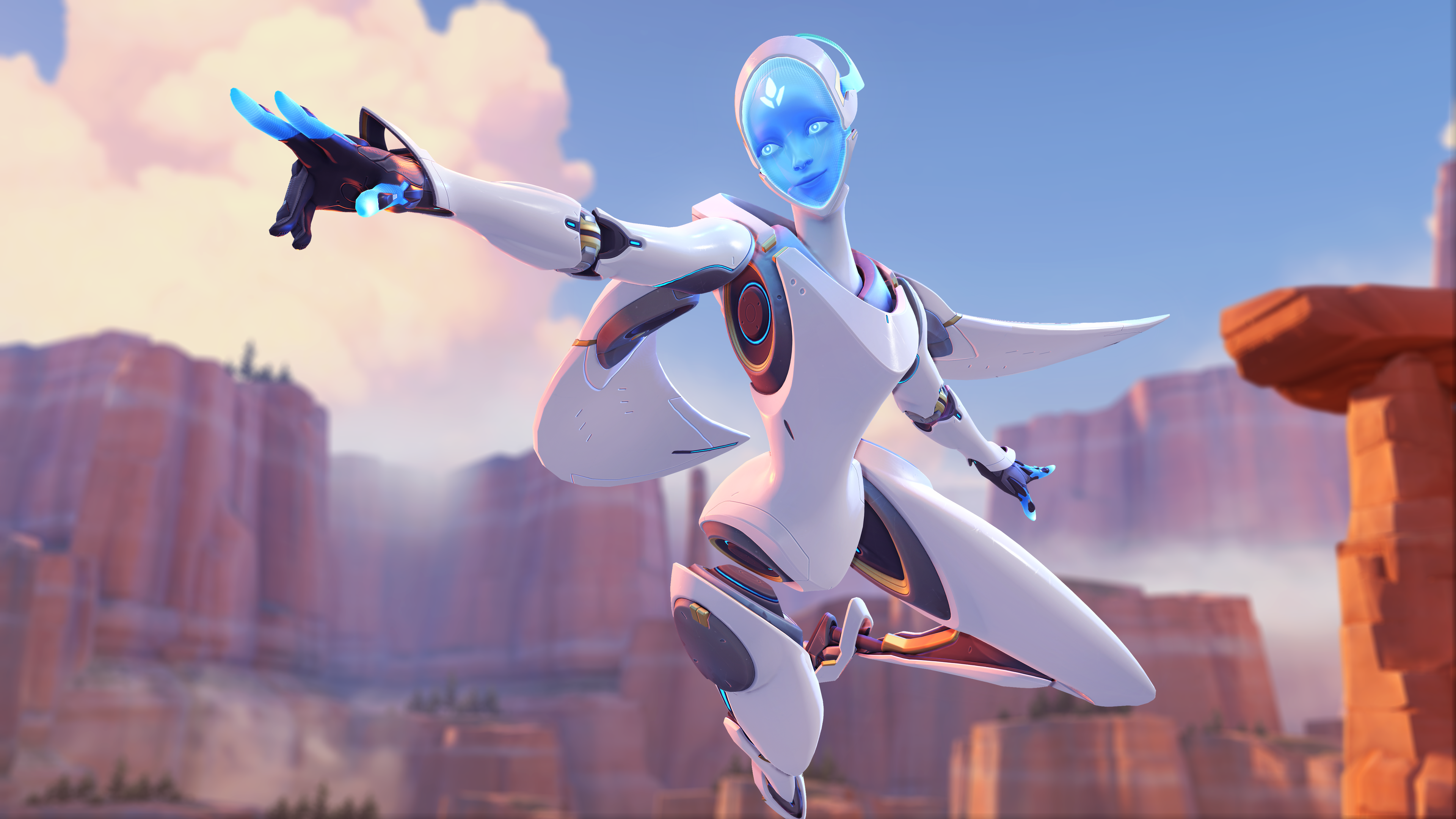 Kim “Fleta” Byung-sun, the league’s 2020 MVP, has long been a terrifying DPS on both the Seoul Dynasty and the Shanghai Dragons. Last season, he took to the skies as Echo, beaming down backlines with ease. And thanks to his performance on the hero and many others, he earned the MVP award.

To commemorate his performance, he chose Echo to receive the league’s annual MVP skin.

In a video posted by the league, Fleta said that he requested a “half-angel, half-devil” skin to represent him as a person. Outside of Overwatch, Fleta considers himself a calm, cool person. Once he steps into a competitive atmosphere, however, all the evil comes out.

The new MVP skin, titled “Good vs. Evil,” splits Echo in half. Her top and left side are angelic and feathered, representing all that is good. The other wing and her bottom half erupt into flames and embers. While it’s a spot-on interpretation of Fleta’s request, the details and animations in the skin are immaculate.