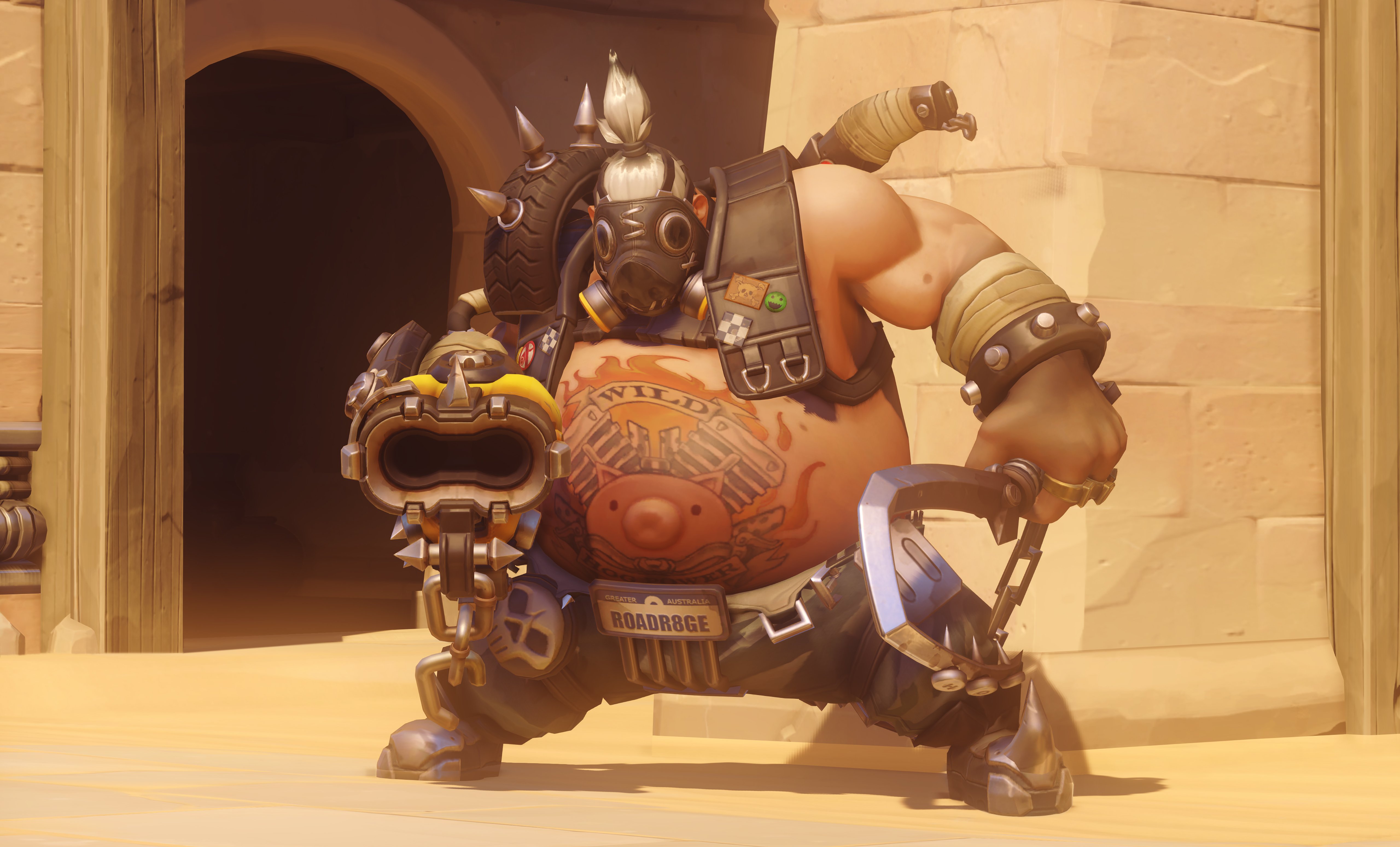 After winning a second Overwatch League championship in 2020, the San Francisco Shock want fans to know that everything they touch turns to gold. The team’s 2020 championship skin was revealed today during the Shock vs. The World event at BlizzConline.

This year’s offering is Midas Roadhog, which gives the tank armor fit for a king. Roadhog’s belly, which normally shows a tattoo, now proudly displays a golden San Francisco Shock logo. He’s wrapped in orange scarves and black clothing to represent the team’s colors. Most importantly, all of Roadhog’s normal armor has been turned to gold and his head is set alight with golden fire.

Last year, the San Francisco Shock’s championship skin was Thunder Doomfist. The Doomfist skin wasn’t as representative of the team as it was of the clutch plays from 2019 Overwatch League MVP Jay “Sinatraa” Won.

Roadhog was incredibly important during the 2020 Grand Finals, with both the Seoul Dynasty and the San Francisco Shock heavily relying on the hero. Each team built various compositions around Roadhog as the meta shifted to a dual off-tank setup.

There was no specific release date given for the Midas Roadhog skin, but it will be available sometime during the 2021 season, which begins in April. Last year’s championship skin cost 200 Overwatch League tokens and this one will likely cost the same.