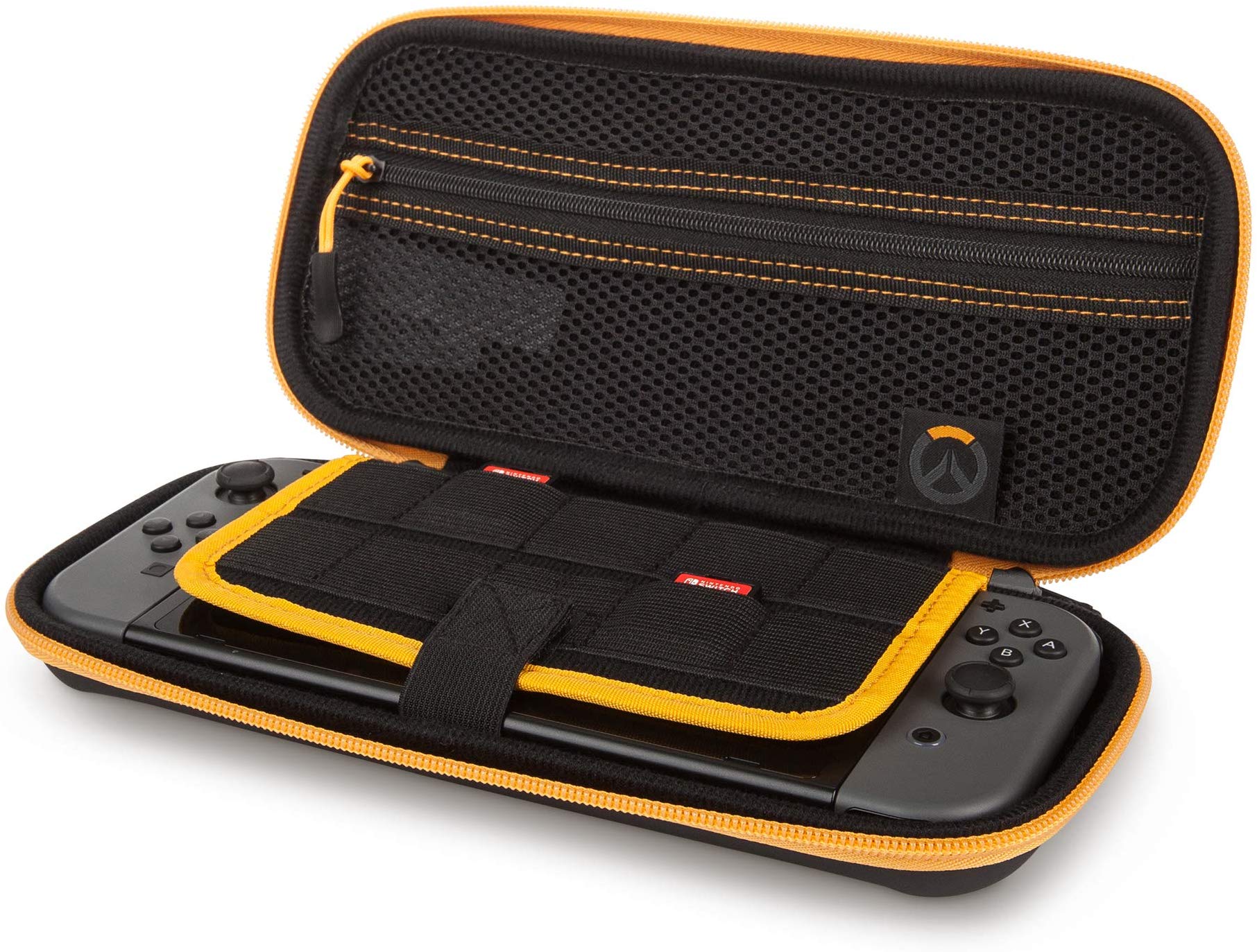 Overwatch fans who love the Nintendo Switch have their hopes up about the game releasing on the console soon.

An Overwatch-themed Nintendo Switch case was reportedly listed on Amazon yesterday as a product “officially licensed by Nintendo and Blizzard Entertainment.” Twitter user Wario64 saved all images used on the product page, which shows the case with a huge Overwatch logo in the front with the game’s color scheme.

The text in the listing mentioned that the case was an official Blizzard product in partnership with Nintendo. This was enough for fans to start wondering if that means Overwatch is coming to the Switch soon.

The product page was taken down quickly, according to Wario64, and it’s still down. Even though this isn’t a usual approach to product pages, it still doesn’t mean it was meant to go live when Overwatch releases on Switch, if it does. The case might be set to go on sale at a later date and this might have been just an accidental leak.

But it’s also unlikely that Blizzard is releasing an Overwatch product for a console where people can’t play it. And Blizzard knows that fans started getting their hopes up about this release in the second half of 2018 after a lot of speculation.

In August 2018, Blizzard said Overwatch on the Switch was “feasible.” Considering the company had already released Diablo 3 on the console, porting Overwatch was something possible if the team “picks up that endeavor,” Blizzard senior producer Pete Stilwell told Gamespot.

That comment came after a year of bad news for Switch fans. Blizzard said multiple times a year earlier that it was open-minded about an Overwatch port on the console and that it wasn’t ruled out, but there were challenges to make that happen.

Now all hopes lie on an unreleased Overwatch-themed Nintendo Switch case. If Blizzard is announcing it anytime soon, it could come in November when BlizzCon 2019 is set to start. But if there are products ready for sale, an announcement could be coming much earlier than this.