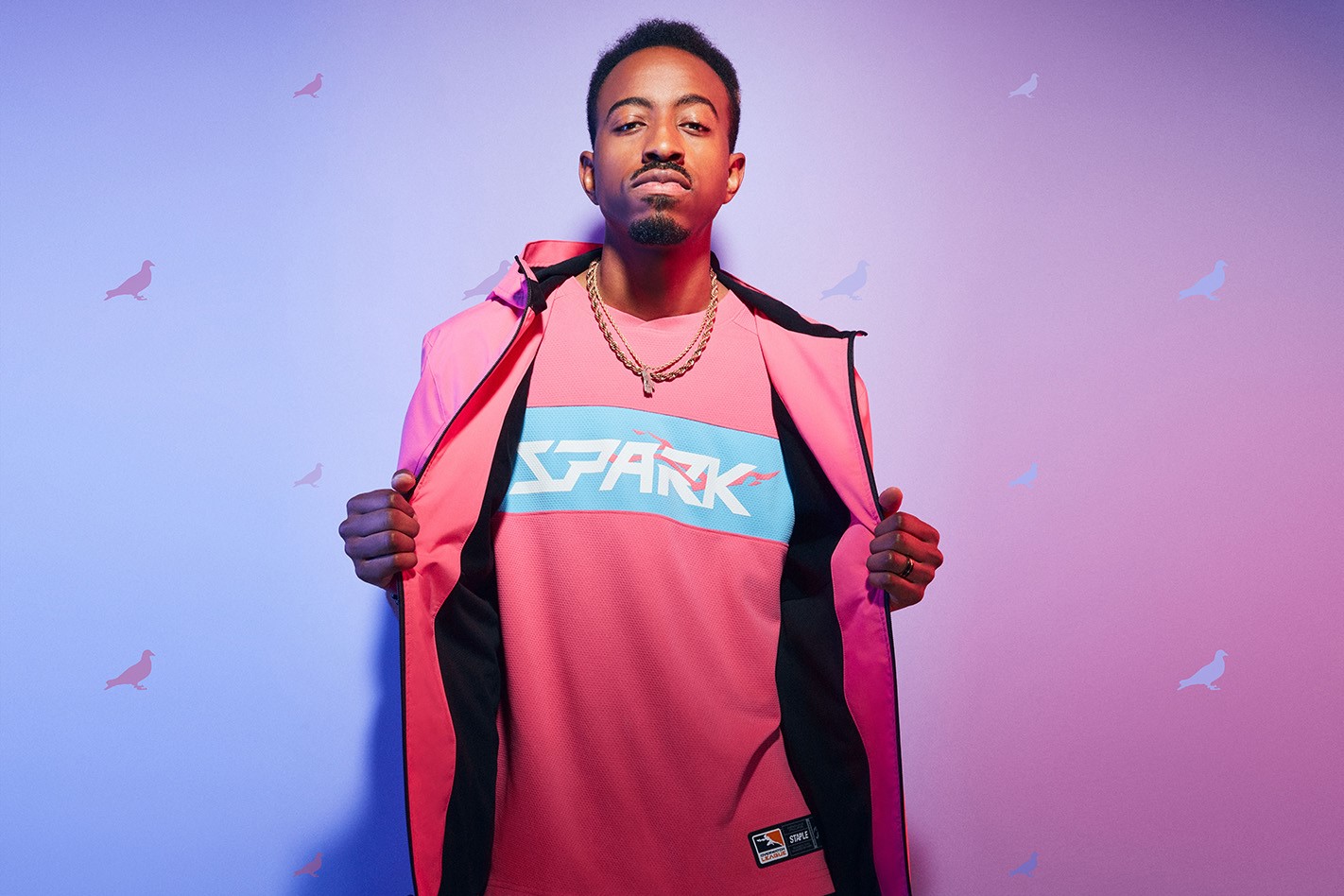 With news that Overwatch League teams may once again be able to independently design products during the upcoming 2021 season, fans are excited about the potential for fashionable, creative pieces.

Since 2019, the league has been locked into a merchandise deal with apparel company Fanatics, which designed and distributed standardized pieces for all teams. This deeply limited teams’ ability to produce merchandise with independent retailers and designers.

In honor of the league’s possible escape from Fanatics’ hold, we’re taking a look back at some of the best independent designs and collaborations in Overwatch League fashion history. These pieces represent the kind of creativity that we’d like to see come roaring back in 2021.

INTO THE AM “Third Kit” Jerseys

Less than a year into the Fanatics deal, fans had repeatedly complained about the quality of custom jerseys produced by the company. Just when we were all ready to settle for mediocrity in the 2019 season, the Overwatch League’s “Third Kit” jerseys by INTO THE AM were unveiled.

Fifteen of the league’s teams designed an alternate jersey for fans to enjoy. These jerseys remain some of the best examples of fashionable, high-quality merchandise in Overwatch League history. Each team designed its third kit with an inspiration in mind, from the Los Angeles Gladiators’ nod to the Latino community to the Florida Mayhem’s Miami Vice neon dream.

If teams are once again given the kind of creative freedom and designer support that led to these jerseys, 2021 will be a fantastic year for merchandise.

The collaboration between streetwear legend Jeff Staple and the Overwatch League wasn’t one that many fans saw coming, but the partnership turned out to be both necessary and fruitful for the league. Staple’s 2020 jerseys were immaculately designed with high-quality materials that brought a sense of comfort and inclusivity to player gear.

Unfortunately, the COVID-19 crisis put a stop to a full launch of Overwatch League gear designed by Staple, which originally included items like joggers and arm warmers. If any designer should be allowed to run it back with the league in 2021, it’s Staple.

Before Fanatics took over in 2019, the merchandise game was an unexplored frontier for teams to dive into. While most teams took the simple route of plain shirts and typical gamer gear, certain organizations bumped the fashion factor up several notches.

The Houston Outlaws collaborated with apparel company Third Label in late 2018, producing lightweight hoodies for fans who wanted to rep the team. While an olive green hoodie was available, the big star was the floral design. Instead of the usual “gamer” shades of black, grey, or red, this hoodie’s design exploded in hues of pink, red, and white.

The sweatshirt was marketed to everyone, but for a team with a large female fanbase, the move was genius and incredibly successful: every run of the hoodie sold out.

While Overwatch League teams were restricted in designing their own merchandise, the New York Excelsior’s ownership organization skirted the rules by celebrating a player instead of the whole team. The result was Andbox’s high-fashion Saebyeolbe line, created for the team’s “selfless captain.”

The collection included everything from a simple, cherry-blossom tinged tee to a navy bomber jacket with a price tag of $500 USD. Every piece exuded the kind of low-key confidence that Saebyeolbe carries and deviated wildly from standard gamer gear. Despite its high-fashion prices, the collection was wildly popular and sold out quickly.

Fans have a deep appreciation for pretty much every collection the New York Excelsior has made. The team and its Andbox ownership group have put time and energy into a cohesive design and “vibe” that rises above the rest of the Overwatch League. Another standout collection, also a good example of this dedication to design, was the team’s homestand wear by Mitchell & Ness, profiled by Emily Rand at ESPN Esports.

Much like the Houston Outlaws, the Los Angeles Valiant design team saw their chance to tap into a fanbase that was craving innovative, fashionable gear. Before the California Cup – a series of matches between the Valiant and the San Francisco Shock – the team unveiled a set of exclusive shirts that still reign as some of the most well-designed pieces in league history.

While there are the usual black and grey minimalist pieces, the Valiant also leaned heavily into sunny California culture. One shirt is golden yellow with stylish, college block print. Even a black long-sleeve has a pleasing repeated helm pattern across the back of the arms so it’s visible while gaming. These designs had the kind of attention to detail that we hope to see during the 2021 season.

So far, the San Francisco Shock is the only team to unveil merchandise independently before the Overwatch League season. With many teams lying in wait, however, we should be looking forward to a new era of fashionable designs.