Yu-Gi-Oh! Master Duel is a new digital platform that will give players in the Yu-Gi-Oh! TCG and OCG a core experience that will be used as an official part of Yu-Gi-Oh! World Championship series, and will host competitive and casual events globally.

Konami hosted its first in-depth showcase for Master Duel since its initial reveal back in July, with the developers seemingly confirming that the game will launch this winter.

This information was confirmed at The Tokyo Game Show 2021, where Konami gave fans updates on several titles, including Master Duel. No official release date has been shared, but the winter window for game releases typically covers from around December to March.

At TGS 2021, several publications like Famitsu were able to play demo versions of the game on PlayStation 5, which revealed that there will be a solo Story Mode based around the lore and history of certain Yu-Gi-Oh! cards and archetypes. This includes teased storylines for Hidden Arsenal and Duel Terminal, with players using pre-built decks to clear story missions.

When asked about potential cross-platform play, Suzuki Shunsuke, who was handling PR for Konami during the event, responded that “there is no information that can be announced at this time.” Konami also confirmed that mobile versions of the Master Duel app are still being optimized so they can run at the same speed and quality as the console and PC versions of the game.

Master Duel will be a free-to-play title featuring over 10,000 cards from across Yu-Gi-Oh!’s history. However, we still don’t have a firm release date or information on all the ways players will acquire cards for their collection. 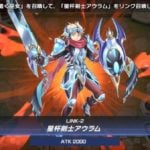 We did get confirmation that some form of “gem” will be included in the final version of the game that can be used to purchase card packs and accessories from in-game shops.

Players hoping for a more FTP-friendly model for Master Duel shouldn’t jump to conclusions though. The gems were rewarded at the end of an in-game mission and not directly tied to microtransactions. There still could be a robust crafting or transaction system that Konami has yet to reveal, which will make it easier to collect certain cards in comparison to a model used by games like Duel Links.

Since we didn’t get a concrete release date, fans should expect more Master Duel news in the coming months, with another big showcase potentially coming at the Jump Festa 2022 event in December. The game is scheduled to release for Nintendo Switch, PS4, PS5, Xbox One, Xbox Series X/S, PC, and mobile.