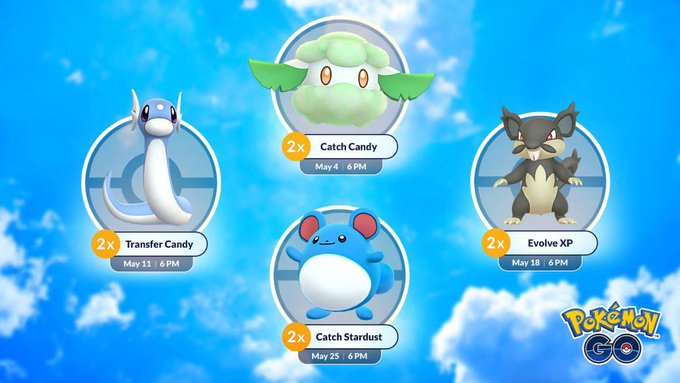 May 11th’s Spotlight Hour Pokémon is none other than Dratini.

Considering there has already been an abundance spawning lately with the other events going on in Pokémon Go, it’s certainly not the most obvious choice. Still, with so many Dratini’s spawning in the wild for a short hour from 6pm local time, the question everyone has on their minds is the same as other Spotlight Hours— with Dratini have Shiny forms spawning in the wild during this time? And the short answer is— yes!

Granted, don’t expect to see a heavy influx of Shiny Pokémon spawning or rates to change, as you would see in Community Days. Spotlight Hours are more about spawning a ton of the same Pokémon in a short period of time. Dratini has had a shiny form in-game for quite a while now, so you’ll have as much of a chance of finding one like any other Pokémon.

With the increased spawn rate and more Dratini around then you need though, you could always just cycle through a lot of them in hopes of a shiny appearing by the end of the hour. But as usual, the action of finding one will be all down to luck.