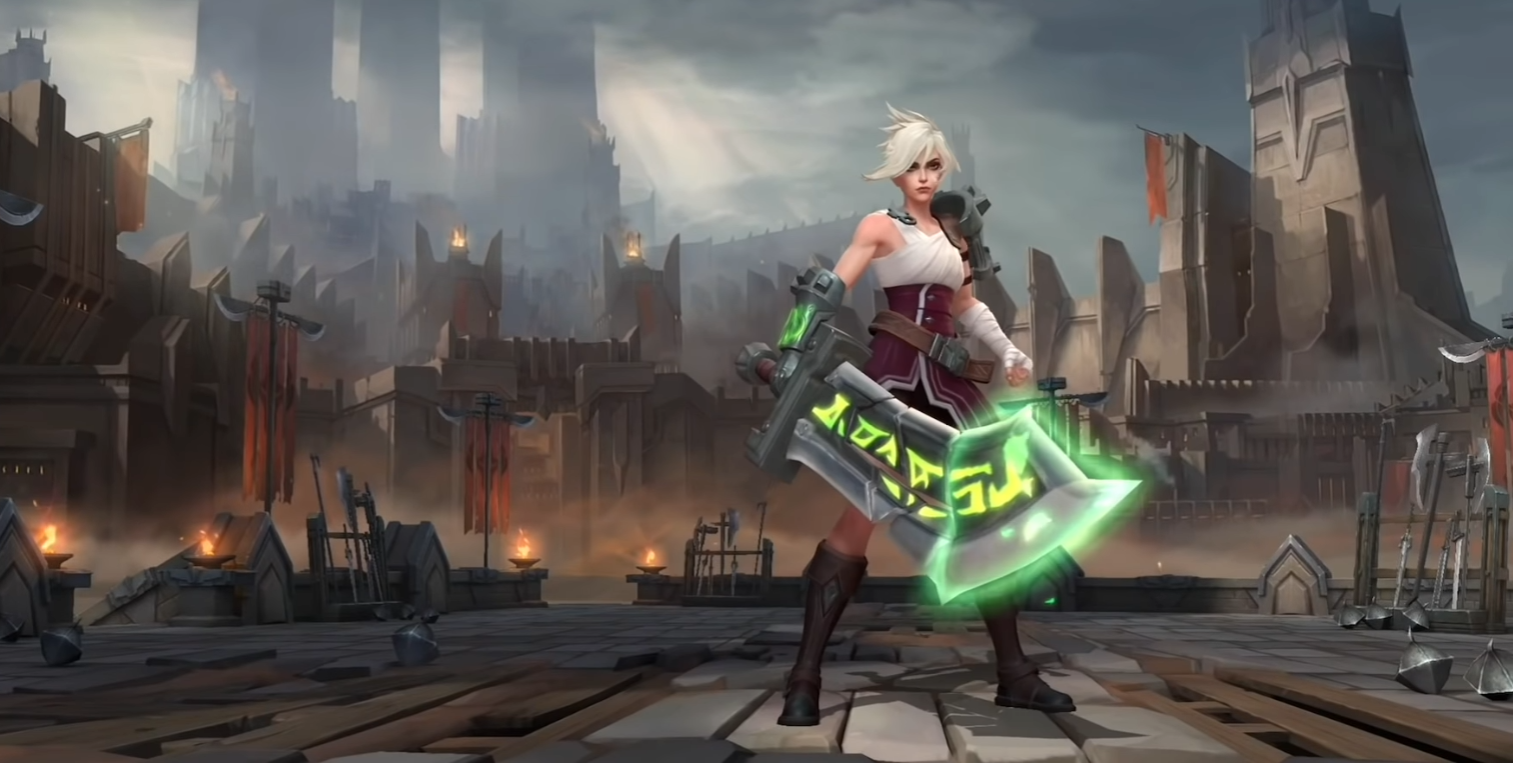 Screengrab of Riven from Wild Rift via YouTube (https://www.youtube.com/watch?v=L-XG9Y2w2Hg&ab_channel=LeagueofLegends%3AWildRift)

Riot Games has showcased a ton of upcoming additions to League of Legends: Wild Rift in the latest dev diary shared to YouTube today.

Some of the highlights from the upcoming Patch 2.3 are the addition of four new champions, a new event, and plenty of skins.

The first champions introduced into Wild Rift in June will be Riven and Irelia. Players from the PC League of Legends’ title will immediately be familiar with Riven and her skillset, while changes made to suit mobile controls could see Irelia taking a little more getting used to.

The biggest change for the champion is how Blade Surge works. Due to there being difficulty selecting one target after another with touch controls, Riot has implemented a system where tapping will prioritize champions and aiming will prioritize marks or low-health targets.

Later in the patch, both Lucian and Senna will be joining Wild Rift too.

Along with these new champions, Riot will implement changes to benefit both gameplay and quality of life. A key feature coming to the Wild Rift is the Close Friends feature, which will allow players to label players on their friend’s list as “close friends.”

Included with the new skins coming to the store in Patch 2.3, the team showcased the Glorious Lulu skin that will be the ranked reward for season three in July.

Here are all the skins coming in patch 2.3.