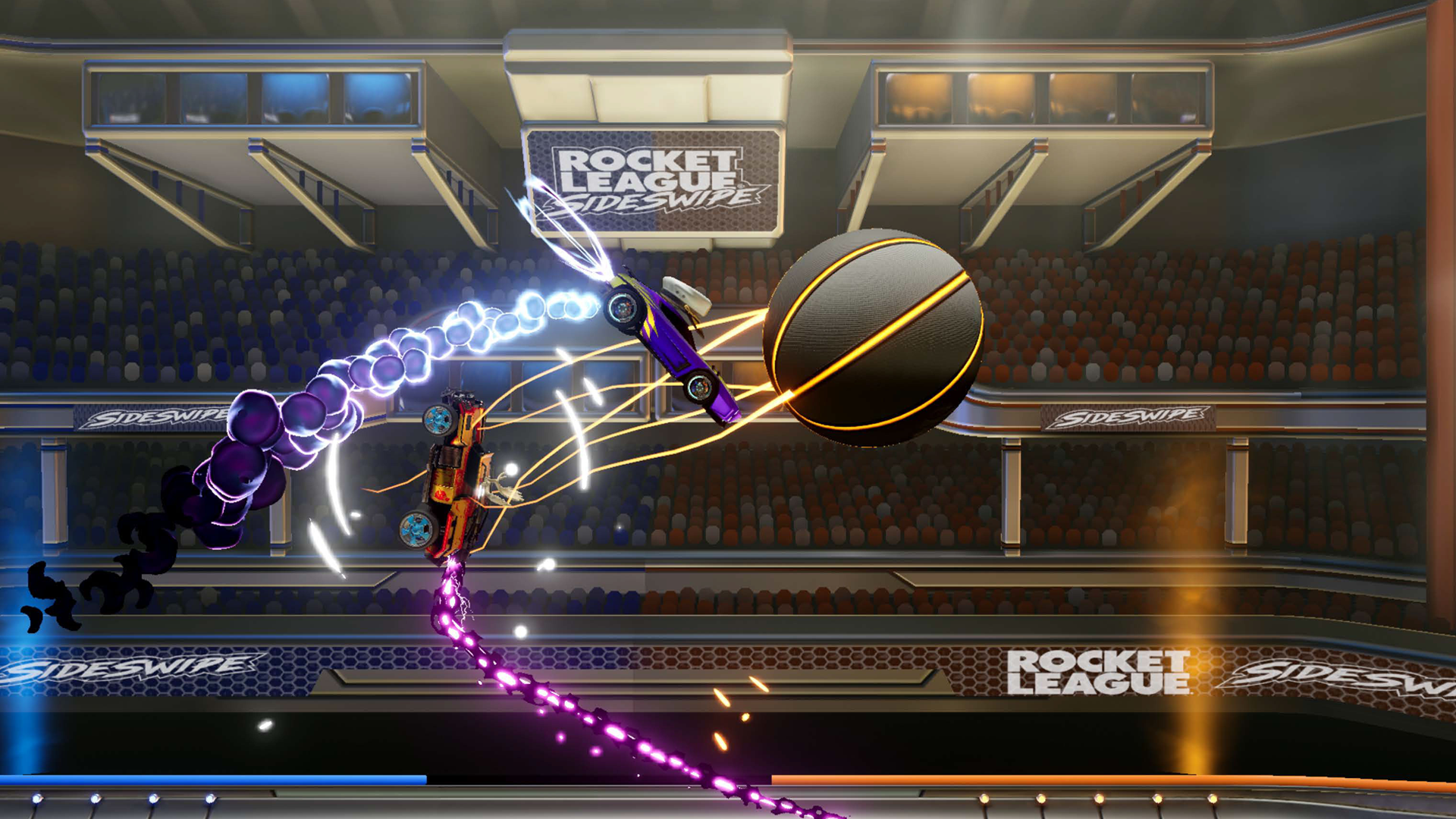 Rocket League Sideswipe is a reimagined version of the popular car-soccer game that was just announced by Psyonix today.

Sideswipe is going to bring a slightly different take on the title to mobile players on iOS and Android later this year. The developers said it’s been built from the ground up for that specific audience.

Instead of using the traditional Rocket League format, players will compete in one-vs-one or two-vs-two matches that will be fast-paced, running with a two-minute timer in a redesigned style. This will keep things quick, letting players pick it up, play a match, and put it down with little commitment.

As shown in the alpha gameplay, the controls will be formatted so that the game can optimize the unique layout of smartphones, using things like swiping motions to control car movement. Psyonix is approaching this with the idea that it’ll be easy to pick up, but there will also be high-level, advanced mechanics for dedicated players.

Players can expect an online ranking system for competitive play and more to be announced and shown off soon.

Psyonix has not set a release date or even a specific release window for Sideswipe yet, but the team did say it’s targeting a worldwide launch at some point later this year. Players in Australia and New Zealand will get access to a limited-time regional alpha test on Android via the Google Play Store starting today, but future betas will also be talked about in the coming months.