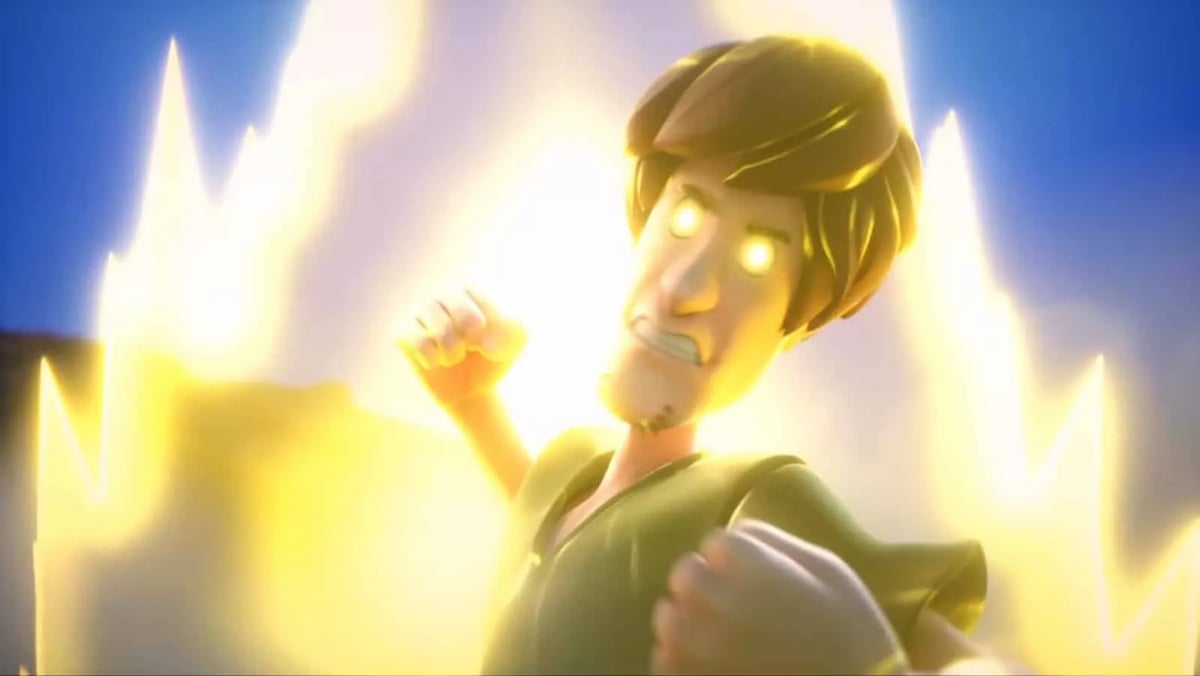 MultiVersus has become one of the biggest platform fighters in the world seemingly overnight. This is thanks in part to its iconic cast of characters as well as its fun gameplay. But what really helped MultiVersus solidify itself in the FGC is the voice acting. Yes, the voice acting.

When Nickelodeon All-Stars Brawl burst onto the scene, it was called a Smash knock-off and accused of not being polished enough thanks to its silent fighters. MultiVersus avoided the same fate by including fun voice lines for each character from the Warner Bros. universe.

During a MultiVersus tournament he was hosting, Twitch streamer VyseDomo brought on one of Shaggy’s voice actors, Scott Innes, to discuss his time portraying the iconic character. VyseDomo asked Innes if Shaggy is a stoner, which is one of the most-discussed debates in Scooby Doo history.

And according to Innes, the answer is no.

“You know what? Everybody says that,” Innes said. “But a Scooby Snack is not pot. No, he’s not. A lot of people think that because they want to. But listen, everyone has their thing in life they like to go to as a vice. And listen, it’s food.”

The MultiVersus community, however, was not convinced.

Innes has been the voice of Scooby Doo and Shaggy for decades now, including in many popular movies and video games—though Innes is not the voice of Shaggy in MultiVersus. This includes 1998’s iconic Scooby Doo on Zombie Island. There’s no denying that Innes is very, very familiar with Shaggy at this point.

But even though Innes has been Shaggy’s voice for quite some time, many felt he was lying to them. Some brought up a scene where Shaggy and Scooby appear to get “high” in the Mystery Van, with smoke coming out of it. The smoke, while from a grill, seemed to be a hint at Shaggy’s love of marijuana.

“I think this is exactly what the VA is talking about how Shaggy is not written to be a stoner and it’s just a deep love of food,” one Reddit user said. “It’s obviously a cover because Scooby Doo is a family-friendly franchise, but you can draw all the parallels you want there will always be deniability.”

Another fan, however, brought up that Shaggy said his favorite name is Mary Jane. Others said only a man high off of edibles would bother to eat dog treats.

Some even accused the voice actor of being too high to know himself, saying that they only cared about what the creators or iconic Shaggy actor Matthew Lillard had to say about Shaggy’s pothead status. Lillard has portrayed Shaggy in the live-action movies, making him the most recognizable of Shaggy’s voices. He has also leaned into the joke a few times in the films.

But the creators of the original Scooby Doo have said that Shaggy was never meant to be high.

The overall consensus is that Shaggy may not actually be getting high since Scooby Doo is a show for children but the innuendos are on purpose. He is meant to represent stoners, fans say, but this notion rubbed some people, who felt stoners were trying too hard to feel validated, the wrong way. VyseDomo himself said: “I hate weed culture.”