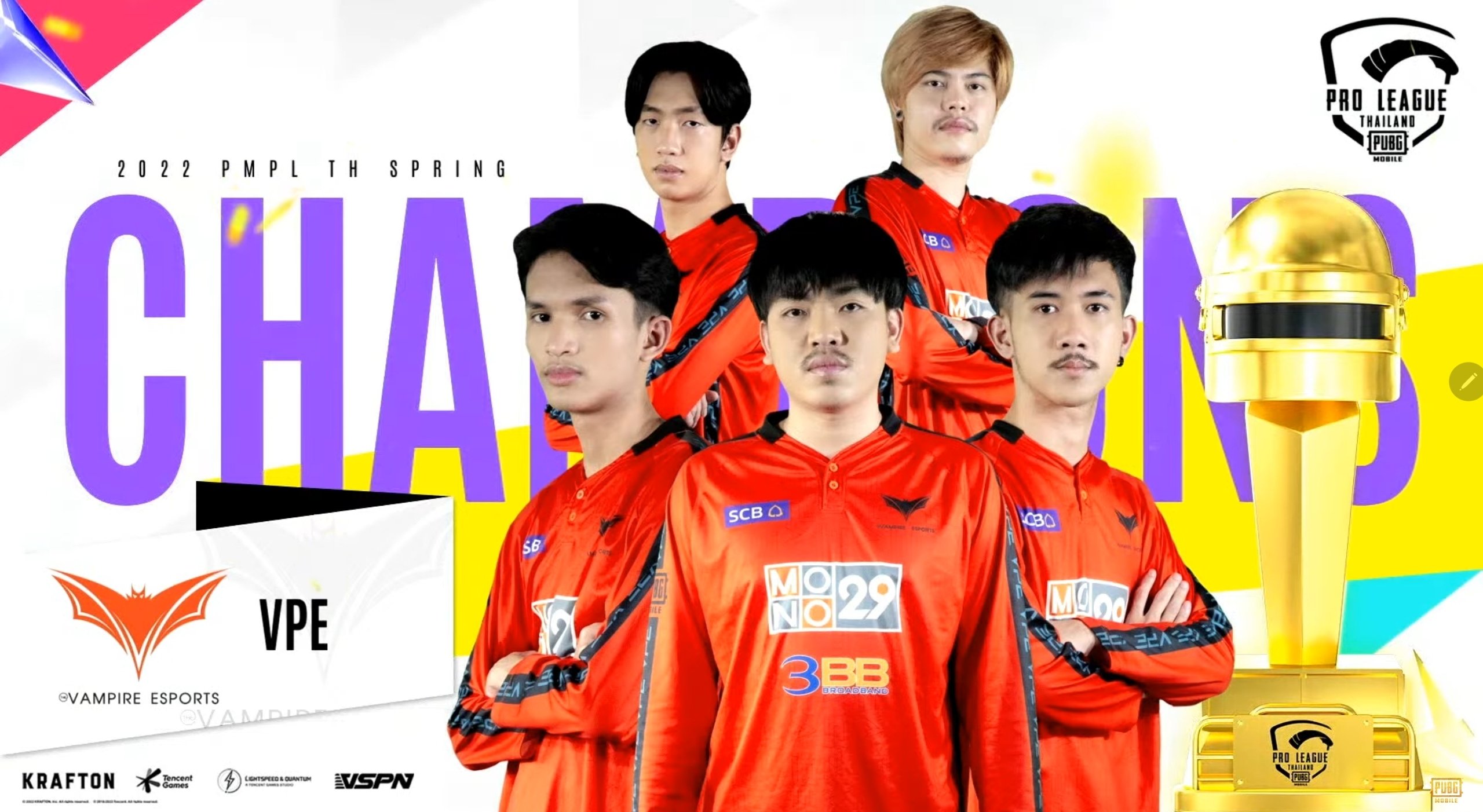 Heading into the finals, Vampire were one of the underdogs, having finished 10th in the league stage. The team managed to turn a lot of eyeballs, however, on the second match of the first day with a second-place finish and 16 kills. After all three days of the finals, they got two chicken dinners and 84 kills to accumulate a total of 228 points and top the rankings table.

Bacon Time, who won the league stage, didn’t have the most impressive outing in the finals. From the 15 matches, they got only one chicken dinner and 64 kills. This proved to be enough, though, as their 75 bonus points ensured a second-place finish. The battle for second place went on until the last game with TEM and Bacon both vying for the spot. TEM finished in 11th place with just four kills, however, which allowed Bacon Time to climb to second as they earned the fourth place in the last game.

The top three teams in the finals have advanced to the PMPL SEA Championship, which will take place in June. Teams placed fourth to sixth will play in the play-ins of the SEA Championship.

Here are the overall standings of the PMPL Thailand Finals.