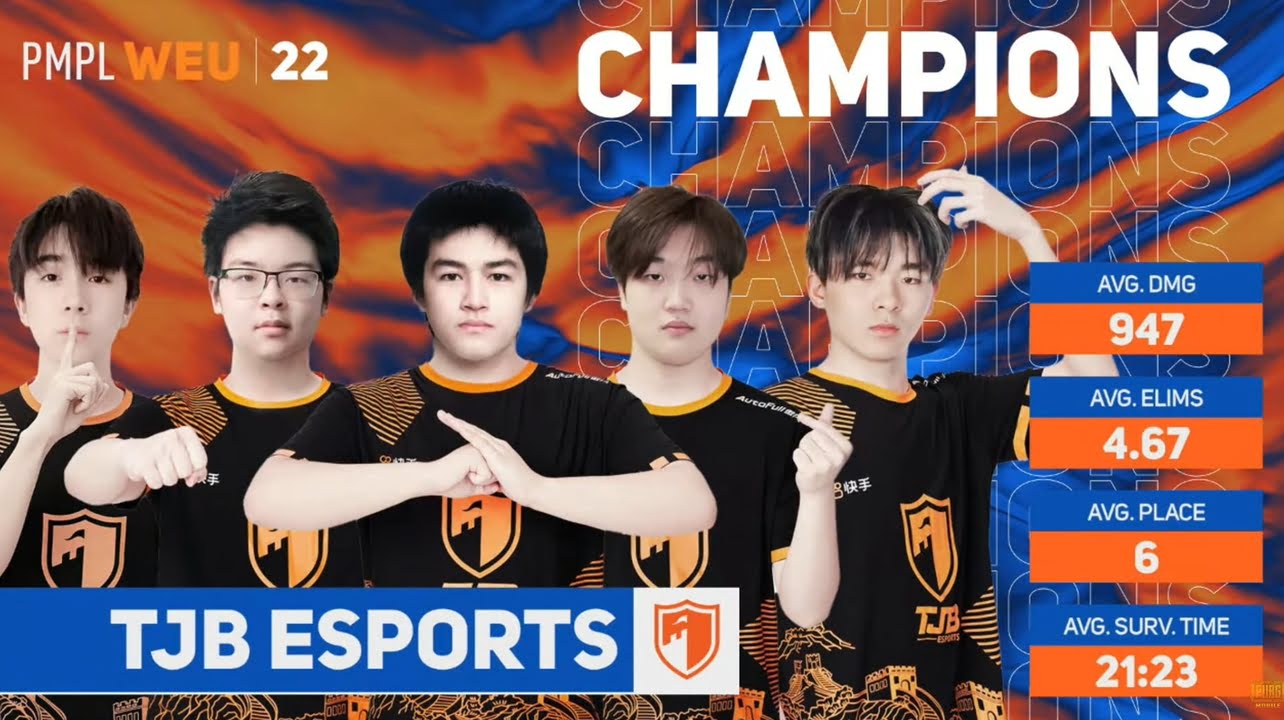 In an intense three-day final, TJB Esports got two chicken dinners and 84 kills from 18 matches to top the standings table with 194 total points, just three ahead of second-placed Giants Gaming. TJB looked set to take the crown at the end of the third day, but two back-to-back terrible performances in the 17th and 18th match brought Giants terrifyingly close.

While TJB were eliminated in seventh and 12th position in these two matches, Giants earned the chicken dinner on both occasions to make a last attempt at clinching the title. They fell three points short, however. Giants were the most aggressive team in the finals, though, as they got three chicken dinners and 92 kills, the most out of any team.

The top eight teams of the PMPL Western Europe have qualified for the PMPL European Championship, which will happen next month.

Here are the overall standings of the PMPL Western Europe spring finals.