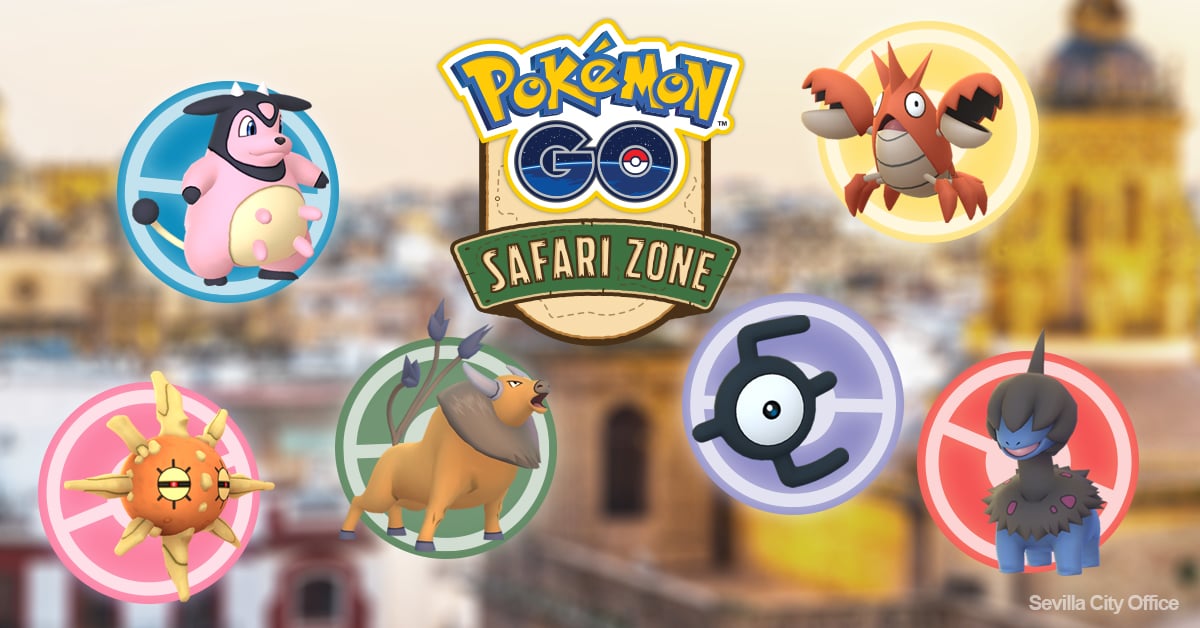 Pokémon Go players in Spain can now purchase tickets for Pokémon Go Safari Zone: Seville, which will run from May 13 to 15.

The ticketed event will be held in person at Parque del Alamillo as Spain’s first Safari Zone event. The Safari Zone event will bring “a plethora of Pokémon that embody the spirit of Seville’s fabled founder: Hercules” to players in the area. This includes Tauros, Deino, Miltank, Solrock, and Corphish.

Full details about the event still aren’t available since it’s more than a month away, but tickets are now live in Pokémon Go. These are split into two types of tickets that will give players access to the Safari Zone content at different times.

To purchase your tickets, you can visit Niantic’s ticketing website via your web browser on PC or mobile. Tickets can sell out since they’re running on a first-come, first-served basis due to this Safari Zone being held as a physical-only event.

Niantic also noted that all ticket purchases are non-refundable, the event gameplay will only be available at Parque del Alamillo on the specified dates and times, and players need to follow guidelines from local health authorities when playing Pokémon Go with others.

Update April 7 2:48pm CT: As part of the event, players will also be able to encounter Shiny Corphish for the first time. Other “special surprises” may be included, too.