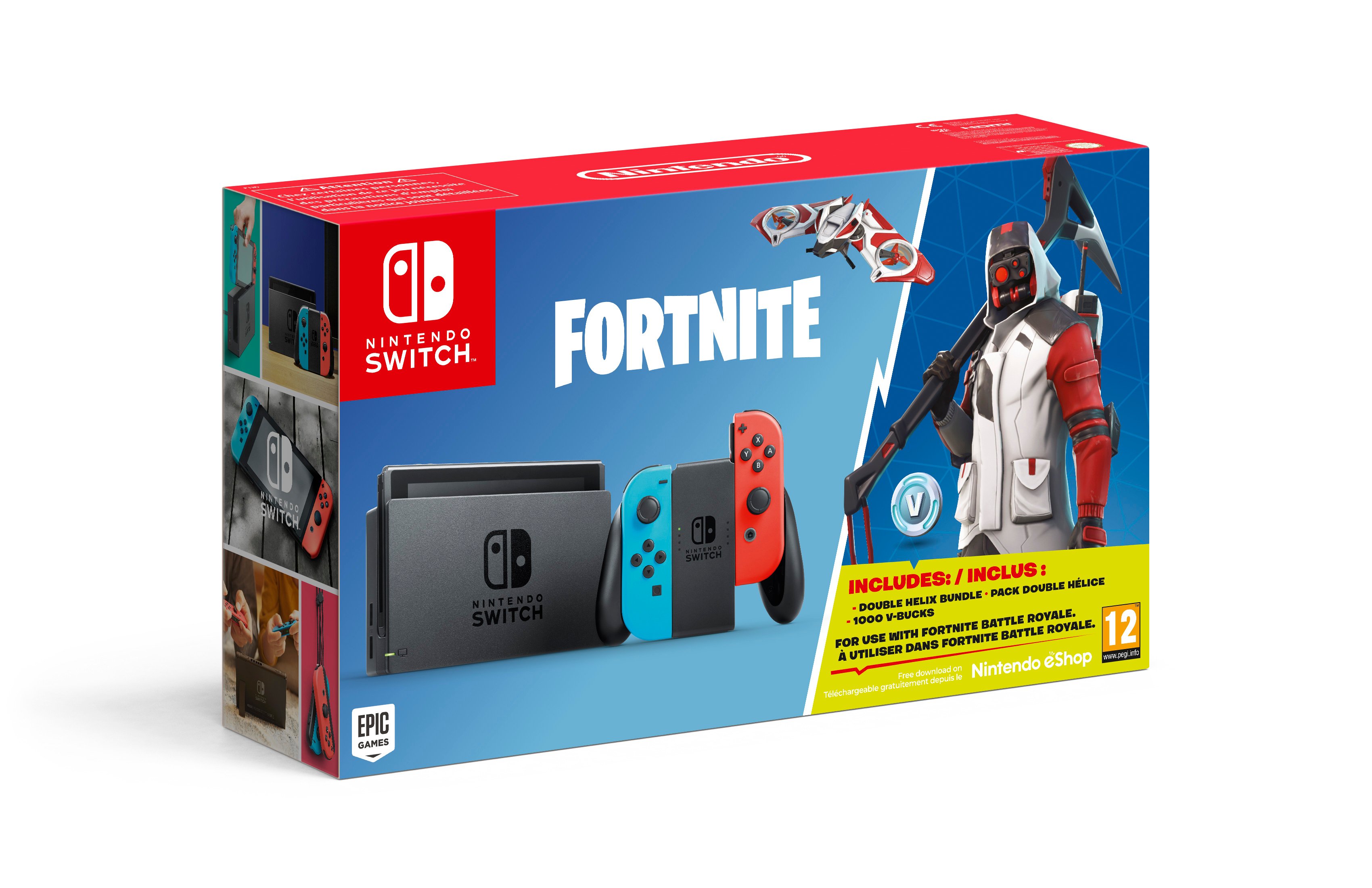 Nintendo and Epic Games has announced a brand new Fortnite-themed Nintendo Switch bundle that comes with a number of in-game items.

The bundle will launch on Oct. 5 and will cost $299.99. The bundle comes with a full game download and a Switch exclusive cosmetic set called the Double Helix bundle.

The bundle includes 1,000 V-bucks to use in Fortnite, a unique character outfit, back bling, glider, and pickaxe that are all red, white, and black in color to go with the Nintendo Switch’s color palette.

With season six on the way, you could use the 1,000 V-Bucks for the season six battle pass or save them up to buy an item you like on the in-game store when it becomes available.

The Nintendo Switch bundle isn’t the first console bundle to offer hardware specific items. The PS4 has had its own Fortnite-themed bundle for some time now which includes the Royale Bomber skin and 500 V-Bucks. The PlayStation version of the game has also had a few PS Plus exclusive items delivered over time.