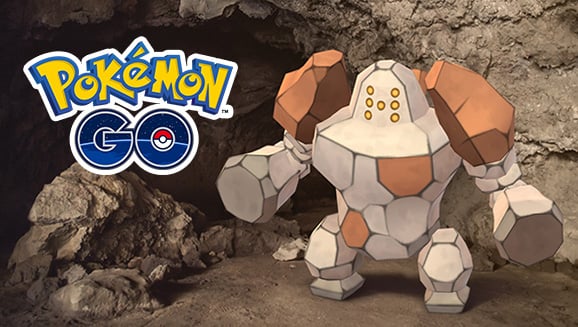 To climb the ranks of Pokémon Go’s competitive mode, the GO Battle League, players will need to design their teams wisely.

Each Pokémon has at least one type, and each type has its own strengths and weaknesses. To choose the best Pokémon for battle, players should consider their opponent’s teams and the type matchups they’ll be facing.

For this list, we’re going to focus on Rock Pokémon, which are strong against Fire, Ice, Flying, and Bug-type Pokémon. There’s a variety of different Rock Pokémon to choose from, but some stand out from the rest.

Here are the best Rock-type species in Pokémon Go.

If you’re looking for a Rock Pokémon capable of dealing devastating damage quickly, look no further than Rampardos.

This Pokémon is the perfect attacker, boasting a base attack stat of 295. The ideal moveset for Rampardos is Smack Down and Rock Slide. Together these attacks can deal substantial damage per second that can tear through even the tankiest of enemies.

Rampardos isn’t the most durable Pokémon, though. But if you ensure you’re taking it into a neutral or advantageous matchup, Rampardos is perfect.

Much like many of the Pokémon in the game, Rampardos is strictly an attacker and should not be used as a defender due to its low durability. If you’re after a Rock-type attacker, this is your best option.

The first Legendary Pokémon to make our list, Regirock is in some ways the opposite to Rampardos. Boasting a whopping 309 base defense stat, Regirock is more than capable of tanking damage from enemy Pokémon. While its defense is extraordinarily high, its attack stat is not so impressive.

When gearing up for battle, you’ll want to take Rock Throw and Stone Edge. This move combination might not have the highest damage per second, but by surviving in battle for longer, Regirock will still deliver substantial damage before going down.

Regirock is a third-generation Legendary Pokémon, so you’ll need to complete a Legendary Raid to have the opportunity to catch the Pokémon. If you have already done so or can complete the raid, Regirock is the best Rock-type defender currently in the game.

If you’re after a well-rounded Rock-type Pokémon, Rhyperior may be your best bet. Boasting over 4,000 CP with base stats centered around attack and stamina, Rhyperior offers both high damage output and commendable durability.

There are two key attacks that should be taken into battle: Mud-Slap and Rock Wrecker. While Mud-Slap may be a Ground-type move, the damage output is the most of any of Rhyperior’s available fast attacks. If you’re after a Rock-type specific attack, however, you can opt to take Smack Down in the place of Mud-Slap. This will lower the DPS by only a slight amount, so it is still viable.

Rhyperior has critical weaknesses to Grass and Water-type Pokémon, so players should steer clear of those matchups. Rhyperior will excel in matchups featuring Electric or Poison-type opponents, however.

Tyranitar is one of the most popular Rock-type Pokémon in the game. The Pokémon is a dual type, pairing both Rock and Dark. This may grant Tyranitar more weaknesses, but it also gives it access to more moves that can deal substantial damage.

The best choice of moves is Bite and Stone Edge. Together these two provide the highest damage per second. Tyranitar has a well-balanced base stat allocation that gives it a decent defense count, proving to be reasonably durable in battle. Regardless, you will need to steer away from matchups with Fighting-type Pokémon as they deal a critical 256-percent damage bonus against Tyranitar.

The second Legendary Pokémon to make this list, Terrakion is a Pokémon that can be used as either an attacker or defender. The Pokémon boasts over 4,000 CP with 260 attack base stat.

The approach to take when going to battle with Terrakion is to load his moveset with Rock attacks. The best pairing of these is Smack Down and Rock Slide. Together these moves deal decent damage per second and will stack up even more thanks to the Pokémon’s durability. While Terrakion does boast a dual type including Fighting and Rock, taking Terrakion into a Fighting matchup is not wise since it’s still weak against the type much like any other Rock type.

As a Legendary Pokémon, Terrakion is only catchable through its corresponding Legendary Raid. If you have access to this raid, you should attempt to catch it since Terrakion is a well-rounded Rock-type Pokémon to have.