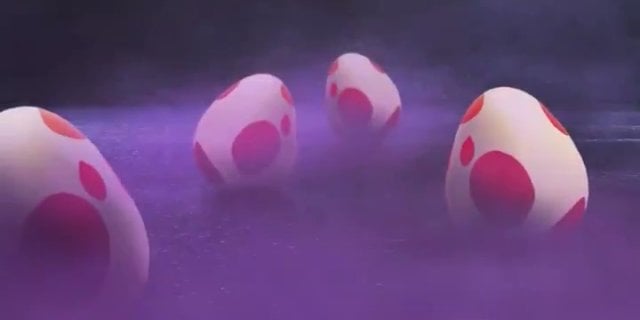 There’s a variety of Pokémon species for players to catch in Pokémon Go. Captured Pokémon can then be used for different purposes, including player battles or raids.

The game’s numerous Pokémon can be divided into 18 different types, with each type having its own strengths and weaknesses. Players will often need to have a specific type of Pokémon ready before entering a battle to gain the upper hand.

For this list, we’re going to focus on Fairy-type Pokémon. Fairy is the most recently introduced typing in the franchise and has the least amount of Pokémon as a result. Pokémon with the Fairy typing are strong against Dragon, Dark, and Fighting but weak to Poison and Steel.

While the pool of Fairy Pokémon is quite small, there are a few different options to choose from, with some being stronger than others.

Here are the five best Fairy-type species in Pokémon Go.

Togekiss is the most powerful Fairy type currently available in Pokémon Go. Boasting 3,767 max CP, Togekiss is a well-rounded Pokémon and can be used both as an attacker or defender.

When it comes to attacks, Togekiss boasts access to a range of moves including Normal, Fairy, Fire, Flying, and Rock types. The optimal moveset for the Pokémon is to take Charm with Dazzling Gleam. These two Fairy-type moves together put out the most overall damage and the highest damage per second.

If you’re after a Fairy-type Pokémon capable of supporting your team better than any other, there’s no looking past Togekiss. If you currently don’t have a Togekiss to level up, it’s worth putting in the effort to acquire one.

Another dual-type Pokémon, Gardevoir boasts a combination of Fairy and Psychic-type moves. While the Pokémon has no critical weaknesses Gardevoir only has two critical resistances to Dragon and Fighting-type Pokémon.

Gardevoir is a great attacker and one of the best with the Fairy typing in the game. When it comes to optimizing its moveset, Gardevoir has a variety of options that could be used in different situations, but the best pairing is Charm and Psychic. This has the highest damage output and, as an attacker, is going to be your best option. You could opt for Dazzling Gleam in place of Psychic if you need a Fairy-type Charged move.

If you’re heading into a matchup against a Dragon or Fighting-type Pokémon, and are looking for something that can quickly dispose of the enemy, Gardevoir is a great option.

One of the only pure Fairy-type Pokémon in the game, Granbull has access to a range of Dark-type moves. Granbull’s attack and stamina are quite balanced, providing a great offense with adequate health. But its defense stat is substantially lower, meaning it won’t be the most durable Fairy-type Pokémon.

Despite this, Granbull can be a commendable pick. The best moves for Granbull are Charm and Play Rough. These two Fairy-type moves produce a DPS output of 14.88. If the matchup calls for it, Bite can be swapped for Charm, granting access to a Dark-type offense at the cost of a slight damage reduction.

While not the best Fairy-type Pokémon, Granbull still remains one of the better options on this list.

Unlike its original variant, Galarian Rapidash boasts Psychic and Fairy typings as opposed to Fire. What the pair do have in common, however, is that they’re both attackers with great damage but lack durability.

Galarian Rapidash stands out on this list because its optimal moveset does not include any Fairy-type moves. Currently, this Pokémon does not have access to any Fairy-type Fast moves and only one Charge move. This limits the number of effective combinations. The best combo to take is Psycho Cut and Psychic, but if you need Fairy-type offense, Psycho Cut can be paired with Play Rough for a slight damage reduction.

If you’re heading into a matchup that requires a Fairy-type Pokémon simply for resistance purposes, Galarian Rapidash might be the best option given its Psychic-type output.

Another pure Fairy-type Pokémon in the game, Clefable is one of the most recognizable options, stemming all the way back to the first generation of Pokémon. While many of the Fairy-type Pokémon in the game are attackers, Clefable stands out because it is optimized to be a defender. Its max CP is 2,755 with a base stat allocation focusing on health.

Clefable is also one of the only Fairy-type Pokémon to boast access to a legacy move. While it may not be Fairy-type, for the most damage output the legacy Fast move Pound is your best option, and pairing it with the Fairy Charge move Dazzling Gleam works perfectly. Alternatively, you could take Charm alongside Dazzling Gleam for a Fairy-type offense at a small damage reduction cost. This choice relies heavily on the Pokémon’s original moveset and if the player has the correct items to make the change.

If your opponent is a Dragon-type attacker, Clefable is one of the best options on this list given its resistance and durability. While it isn’t going to put out the most damage, Clefable is perfect to defend against tough opponents.