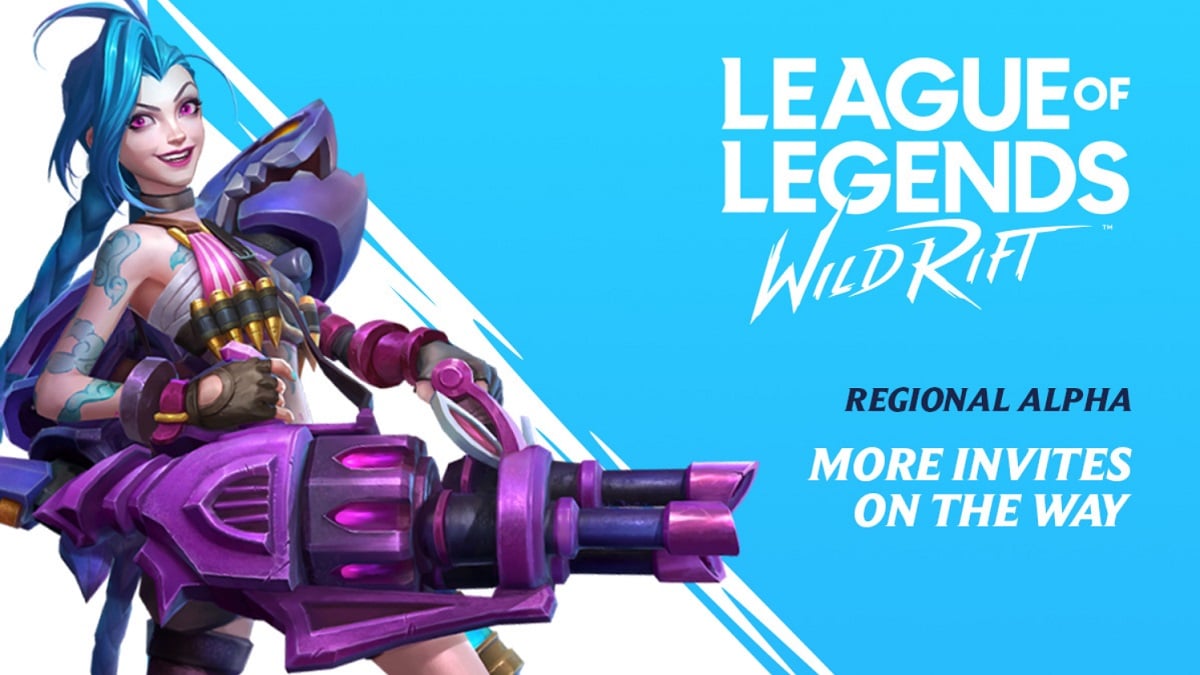 League of Legends’ mobile experience Wild Rift has finally launched in a number of new regions.

With around 50 different playable champions in the game, players unfamiliar with League may find picking the right character for them to be a daunting task.

In Wild Rift, many of the core gameplay mechanics from League remain the same, but there are a few major changes, including reduced cooldown times and a smaller map. On top of the gameplay changes, some champions have had their abilities fully reworked to better suit the smaller rift.

For marksmen, most champions will remain the same. But in Wild Rift, the gameplay can be more aggressive in the early stages, which plays to the advantage of a range of champions while causing some issues for others.

Here are the best marksmen currently in Wild Rift.

Arguably the most powerful marksman in Wild Rift, Jinx is an excellent champion for both early and late in the game. With her versatile kit, Jinx is capable of dueling close-range enemies or picking her shots from a distance.

Given the smaller map size and a faster pace in Wild Rift, Jinx is perfect to quickly wear down her enemies using rockets, forcing them to back away under the tower or even recall. On top of her power, Jinx is reasonably easy to learn and her kit is straightforward. For newer players or those struggling with the role, Jinx is the perfect ADC to pick in Wild Rift.

Since the beginning of League of Legends, Ashe stood out from the rest of the ADCs in the game as the easiest champion for beginners.

Boasting an altered kit for Wild Rift, Ashe is still going to feel remarkably familiar to players of the PC game. She’s a great first champion since she has great range and a slew of abilities that can slow targets. This allows the player to poke away at enemies, inhibiting their escape potential and securing takedowns. Her slowing abilities also benefit her when trying to escape advancing enemies.

The biggest change to Ashe in Wild Rift is the ability to steer her ultimate. Enchanted Crystal Arrow is a global ability that launches a huge frozen arrow, damaging and stunning the enemy it hits. Ashe is another great champion for beginners and one of the more powerful marksmen in the game.

One of the more difficult champions to play in Wild Rift is Jhin. The champion boasts a kit that’s quite similar to Jinx’s, but it pays to set up his offense as opposed to Jinx, who can easily run through her opponents with aggressive attacks.

With a trap, a ranged damage ability that passes through minions, and a grenade that damages multiple targets, Jhin has a diverse arsenal that can deal devastating damage at all ranges. While the early game can be a little difficult, once you are able to build adequate gear, Jhin becomes lethal, and teamfights can be devastating if he’s able to sit in the backline and fire damage at targets. While he is not the choice for everyone, there is no doubting the power of Jhin in Wild Rift.

Another easy-to-understand marksman choice, Miss Fortune is a spell-based ADC who can build several ways, but she is most effective when built for damage. Suffering from a slow early game much like Jhin, Miss Fortune becomes an extremely valuable member of the team later in the game with a kit tailor-made to assault multiple enemies at once. From her Double Up to her ultimate ability Bullet Time, Miss Fortune has many ways of dealing damage to enemies all at once. When near the end game, these abilities can deal devastating power.

The most commonly played spell-based ADC, Ezreal had to make this list since he’s capable of bursting down opponents in seconds. Boasting the same kit in Wild Rift as in traditional League, players have the ability to kite enemies while setting them up for takedowns with Ezreal’s range of damage abilities. Global ultimates seem to be extremely effective in Wild Rift and Ezreal’s Trueshot Barrage is no exception. If you’re after a champion that requires moderate skill but provides extremely high damage, Ezreal is a great choice.