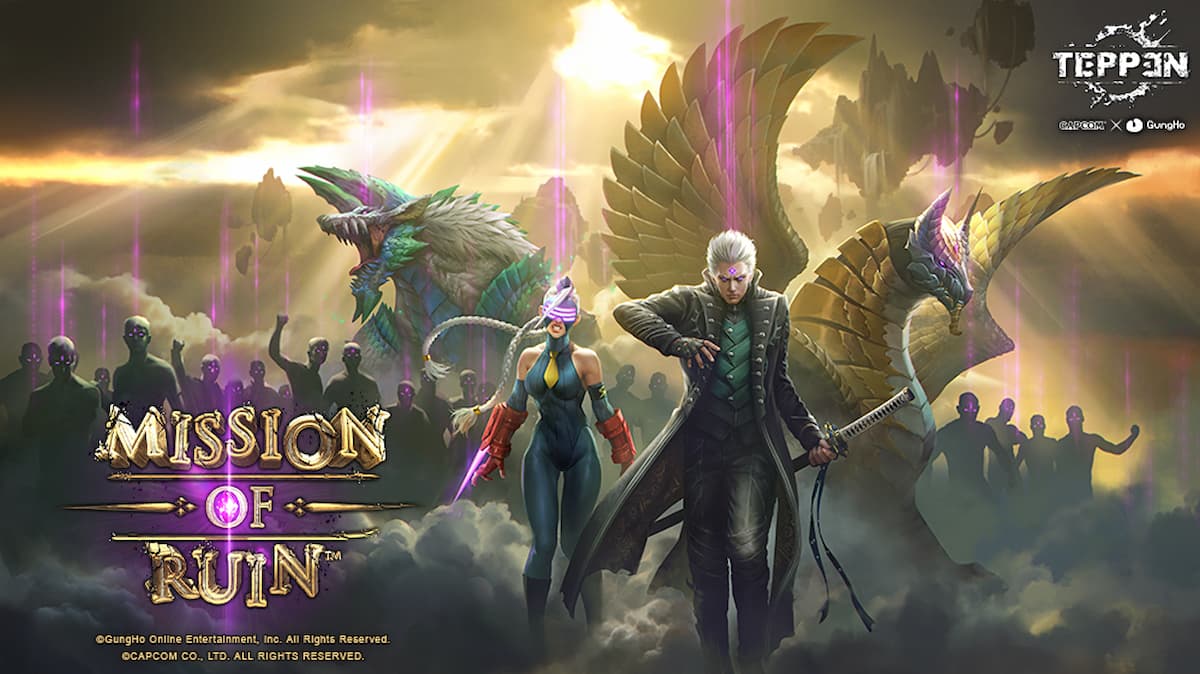 TEPPEN’s universe is once again expanding. Capcom and GungHo Online Entertainment are ushering in the return of the Goddess Myria from the Breath of Fire series and beginning a new event trilogy with the next card pack, Mission of Ruin.

Starting today, players can collect new cards from the Resident Evil, Devil May Cry, Mega Man, Monster Hunter, and Street Fighter franchises, along with several others.

With the launch of Mission of Ruin, the Land of Light story begins, as Myria has recruited several “individuals with great influence” to join her cause and bring salvation as her Guardians. Mega Man X: Command Mission’s Epsilon, Monster Hunter Explore’s Juno, Resident Evil 4’s Saddler, and Sengoku Basara’s Xavi have all joined the cause and are now on the hunt to convert others using their Mind-Control Stones, which will force a person to abandon their physical bodies and live eternally as a soul. 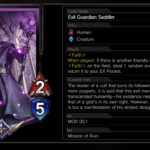 As part of this expansion, a new ability called Faith is being added to the game, which will have a dying unit give another random Unit Card with Faith in your hand or EX Pocket +1/+1.

Along with the new ability, new iterations of cards like a Purple Dante, Red Leon Kennedy, and Green Cammy are also being added, giving players new ways to spice up their decks. New music is also available in the Soul Shop, including Bury the Light from Devil May Cry V. 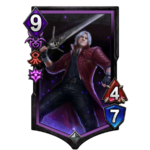 Even more cards will be added to Mission of Ruin in December as exclusives for the Point Match Reward Exchange or Soul Shop.

To celebrate the launch of Mission of Ruin, there will be a handful of new bonuses and events coming to TEPPEN, including 10 free Mission of Ruin pack tickets for any player logging in and the continued anniversary bonus. New in-game Soul Missions, Special Missions, and a new Chronicle stage are also going live, with sales set to hit the game on both Black Friday and Cyber Monday later this month.

Finally, GungHo rotated The Tale of Amatsu no Kuni out of Standard Mode with this expansion, leaving these packs unable to be used in standard competitions.