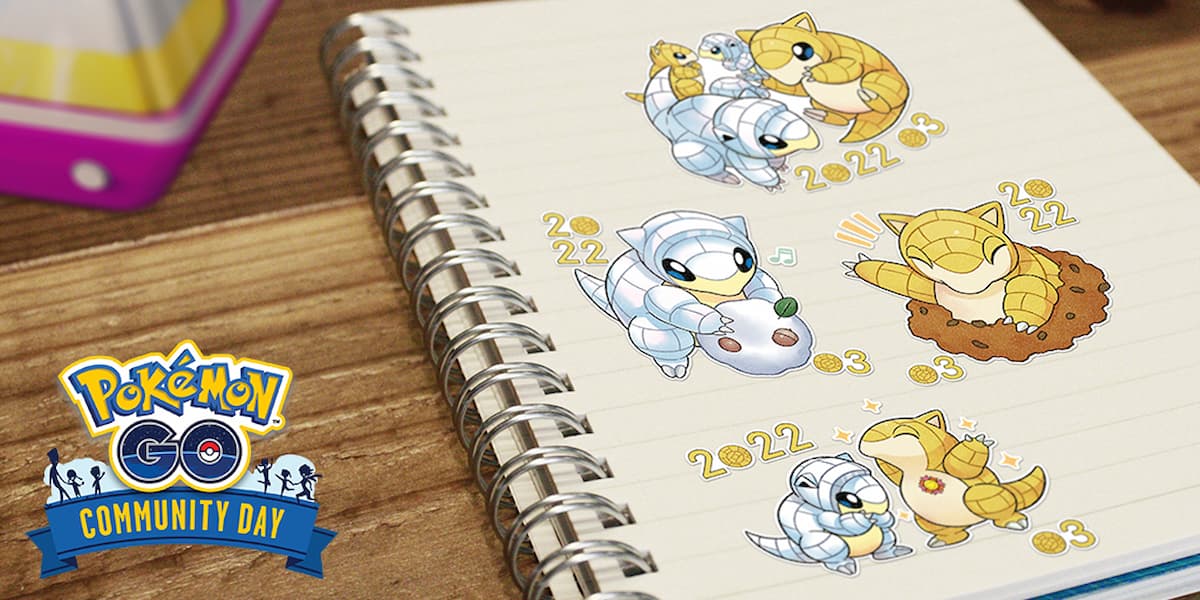 With the start of the Season of Alola on March 1, Pokémon from generation seven will start rolling out in Pokémon Go. And to coincide with this, Niantic revealed today the March Community Day will feature both Sandshrew and Alolan Sandshrew.

Alolan Sandshrew is one of the few Alolan regional variants players have yet to see in Pokémon Go, and it will be appearing more frequently along with its Kantonian counterpart on March 13.

The Ground and Steel/Ice-type Mouse Pokémon will appear more frequently from 11am to 5pm local time on March 13, with multiple event bonuses like 25-percent Egg Hatch distance and the usual three-hour increased duration for Lures and Incense also included.

If you evolve a Sandshrew into Sandslash during the event or up to two hours after, the Ground-type will know Night Slash. Additionally, doing the same with Alolan Sandshrew and Sandslash will see the Steel/Ice-type learn Shadow Slash.

New stickers themed around Sandshrew and Alolan Sandshrew will be available at PokéStops and in Gifts opened throughout the event. And a new Community Day Box with 30 Ultra Balls, three Super Incubators, four Lucky Eggs, and one Elite Charged TM will be available in the in-game shop for 1,280 PokéCoin too.

A special $1 Special Research story called Gritty and Glacial will also be available for players who want extra content.