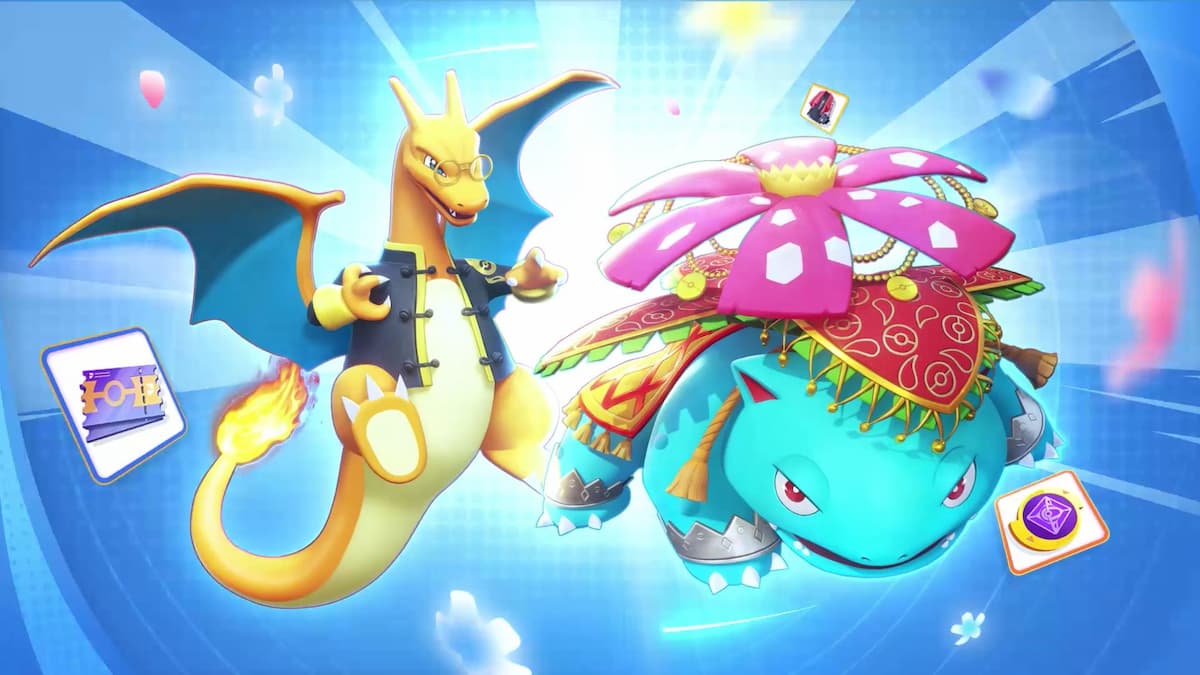 Pokémon UNITE has finally shifted to a new ranked season, and to mark the change, a new Battle Pass has also been added.

As usual, players will be able to claim the new Adept Style Holowear for Charizard by simply purchasing the Premium Battle Pass for 490 Aeos Gems or the Premium Pass Plus for 985 Aeos Gems. The Premium pass will increase your battle pass level by 10 instantly. The final reward is a Premium Sunshine Style Holowear for Venusaur, which players can claim by reaching Rank 60 by Dec. 18.

A new Holowear for Crustle has also been added. You can obtain the Shrine Style Holowear in the Holowear Ticket Exchange or by rolling in the Energy Rewards.

Along with the new Battle pass, Ranked Season Two has also begun, and players can claim their rewards from Season One as soon as they update their games. Likewise, the rewards for Ranked Season Two are identical to Season One and will be based on the highest placement a player achieves during the season, which runs from Nov. 8 to Jan. 30, 2022.

Players will also receive a new Ranked Set avatar outfit as long as they reach Expert Rank by the end of the season.

TiMi Studio has also implemented a standard rank reset for the start of the new season, placing players in different ranks depending on their performance. For example, a low Master Rank player will be placed in mid-Veteran for Season Two.