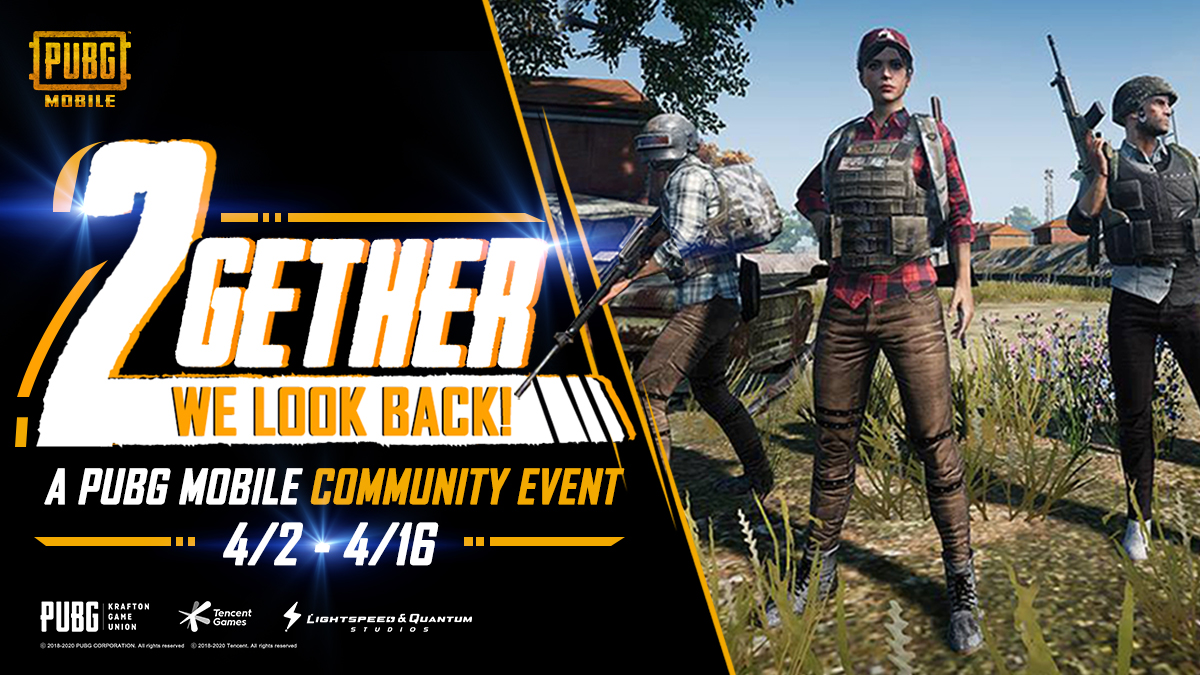 As celebrations for PUBG Mobile’s second anniversary come to a close, Tencent has launched one last event called “2gether We Look Back.”

Running from April 2 to 16, 10 people will get a chance to win 6,000 UC each through the community event. Tencent said that while it is very excited for the future, it wants to take a look back “on all the amazing memories” which were made since the game’s release in March 2018.

The 2gether We Look Back event urges community members to find the oldest screenshot that they have for the game and to post it on social media with the hashtag, #2getherwelookback.

The event is open for all and players just have to upload a photo with the relevant hashtag to participate. Ten winners will randomly be selected for the prize, which is 6,000 UC each. Fans can also submit multiple screenshots.

The second-anniversary celebrations for PUBG Mobile began on March 12. Tencent has been treating fans with back-to-back events since then. To celebrate two years of the game, an amusement park was also added to the Erangel map where players could enjoy various games.

The Season 12 Royale Pass also had the second year anniversary theme to it. Titled “2gether We Play,” the pass had a lot of festive rewards this time.