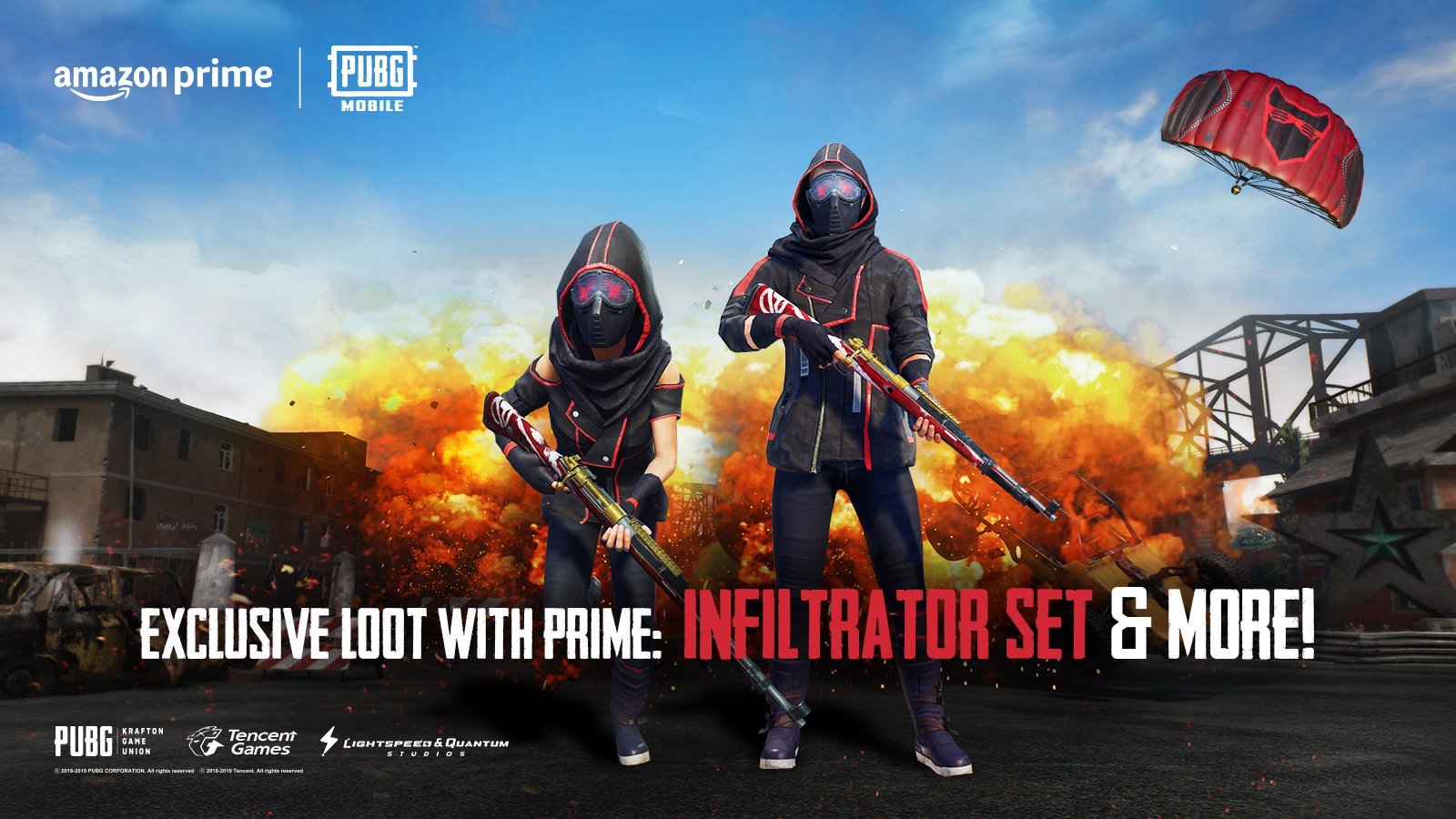 PUBG Mobile players will be able to claim a new item in the Event Center every two weeks until the Infiltrator set is complete, starting with the Infiltrator Mask, which features a pair of goggles that have a red “X” painted over each eye. The set will give players additional black and red garb, including a hooded jacket, boots, and pants.

The Blood Oath skin for the Kar98K sniper will also be included in the deal. The cosmetic stays true to the black and red theme while also including a golden bolt for a decorative, but useful, flair.

To keep the loot train going, fans will receive the Black Magma Parachute. The chute features a silhouette of a face with goggles on and, you guessed it, more black and red hues.

PUBG Mobile players can claim the Infiltrator Mask using their mobile device on Amazon. The loot is available to Amazon Prime users on iOS and Android.