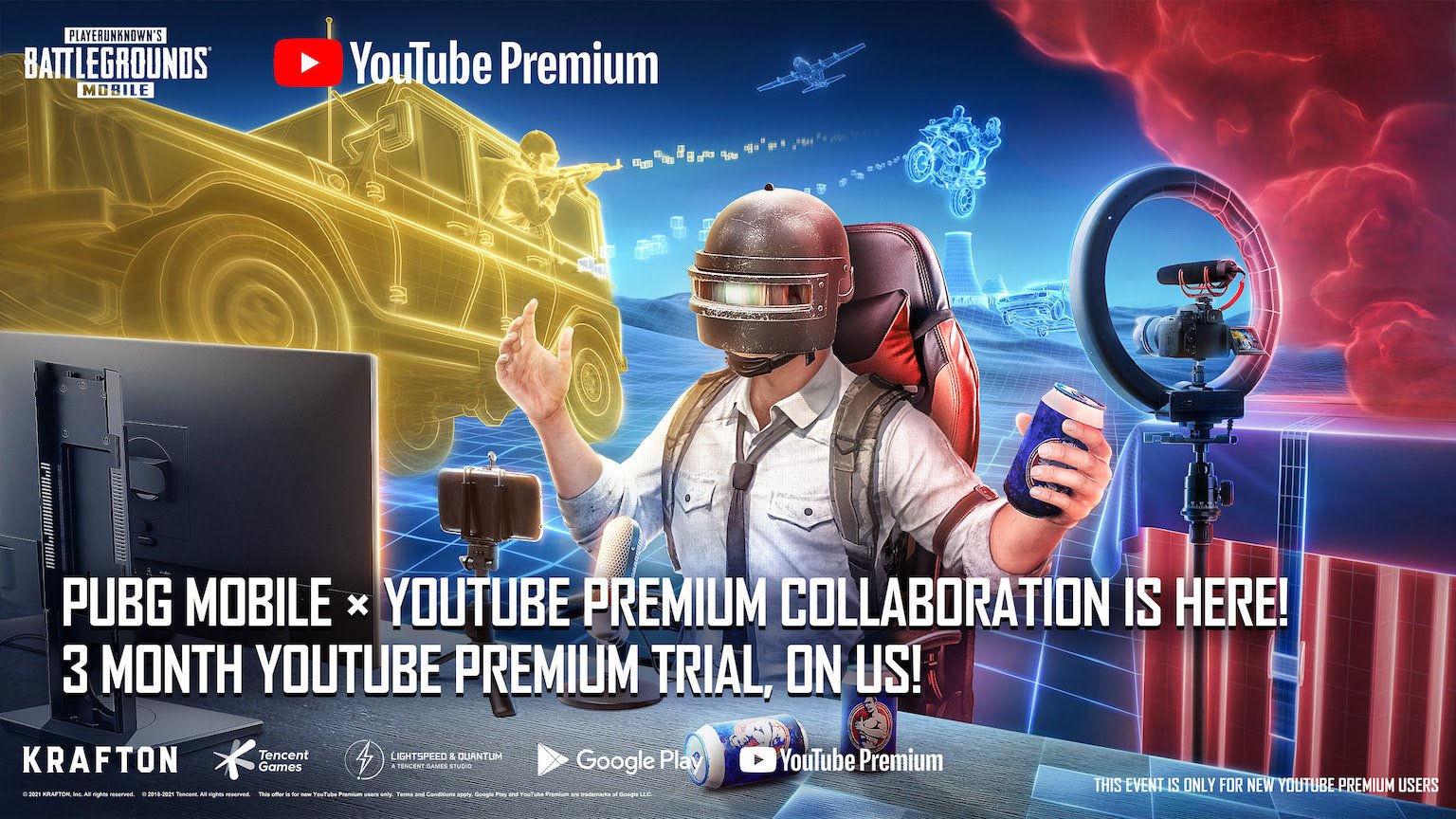 PUBG Mobile is teaming up with Google Play and YouTube to offer in-game rewards, a three-month free trial of YouTube Premium, and more, Tencent announced in a press release today.

The partnership will run until May 2022 with new content arriving every month. Right now, players can open PUBG Mobile to claim a three-month trial of YouTube Premium, a limited parachute for 15 days, and 1,000 BP. Tencent said the future content in this partnership will also include permanent items.

YouTube Premium is a paid subscription service offered by the streaming platform. It lets users consume content without seeing any advertisements and also gives some additional features like offline viewing and listening to videos even when the screen is off.

This isn’t the first deal between Google and the battle royale game. Last month, Tencent announced that its premium year-end esports tournament, the PUBG Mobile Global Championship (PMGC) 2021, will be streamed exclusively on YouTube.

James Yang, the director of PUBG Mobile global esports, told Dot Esports in a recent interview that the team is glad to partner with YouTube and called it the “biggest streaming platform.”

“We are happy to work with Google [on] this, as usually, the company doesn’t sign these media deals even with other games,” Yang said.

The PMGC 2021’s league stage will kick off on Nov. 30. Twenty teams each will be competing in the East and West for the 15 slots in the grand finals. Fans can tune into the competition on the PUBG Mobile Esports YouTube channel. The championship has a $6 million total prize pool.