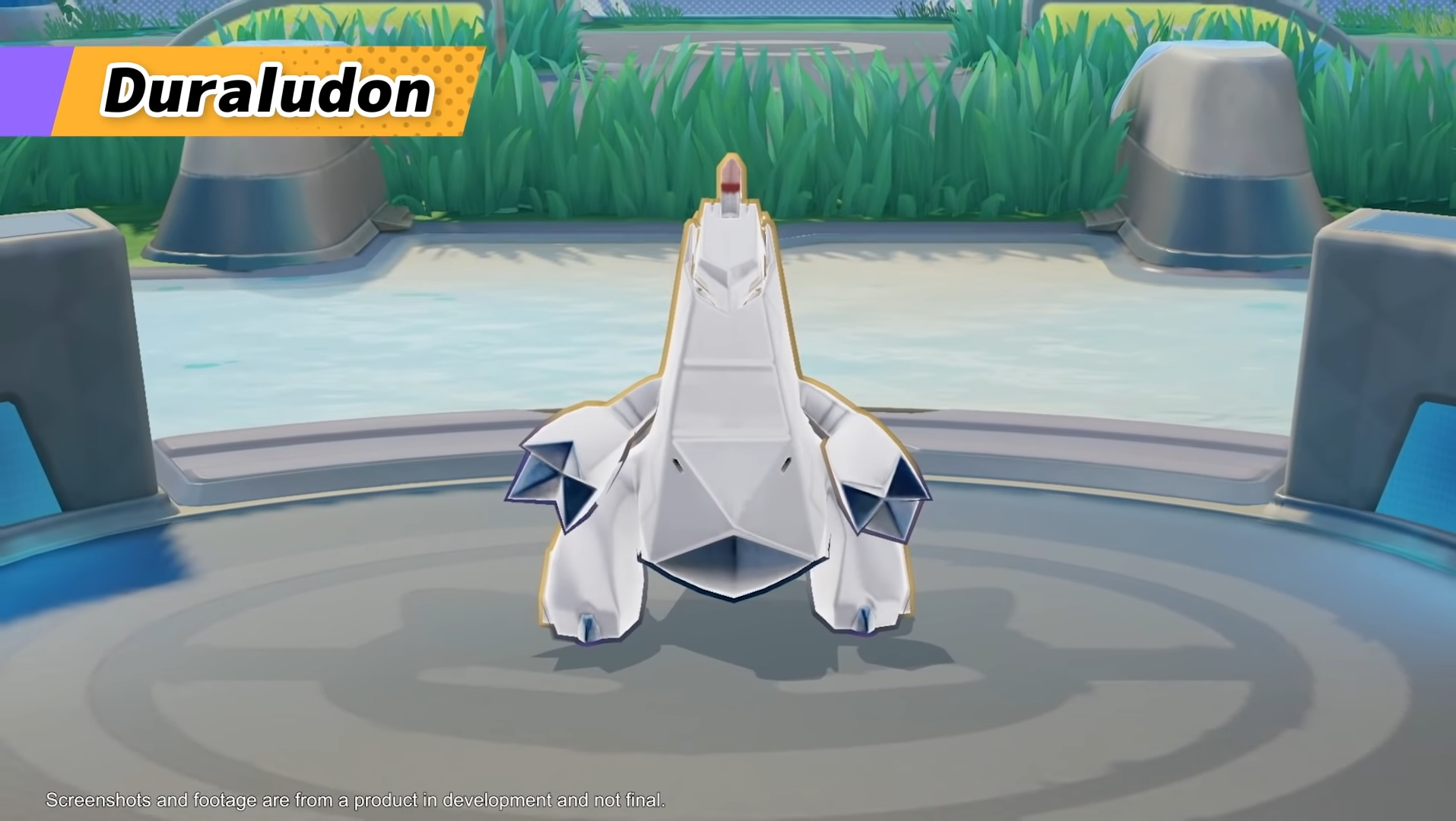 Duraladon is finally here for Pokémon UNITE, with the game’s newest playable Pokémon going live alongside the 1.4.1.7 gameplay update on March 15, or March 14 in certain areas of the world.

Not only does this update add Duraladon, but it also adds an achievement feature and the first sizable gameplay update that wasn’t specifically a hotfix in several months. In this case, a total of 14 Pokémon have received some form of balance change or gameplay update, along with Slow Smoke being nerfed after dominating the Battle Item meta in most instances over the last several months.

Hoopa and Trevanant received the most changes, which were much needed for the Grass/Ghost-type Defender that was struggling to see usage with many players. Meanwhile, Cramorant players got blindsided by a slight nerf, while Greedent and Lucario were hit with some needed reworks.

For Trevenant, the bulky tree got a general movement speed increase and big buffs to Wood Hammer that include reduced recoil damage and increased side effects on impacted opponents. Pain Split also has an increased effect on opponents, with improved movement speed while in use too.

Hoopa was mostly nerfed, with Shadow Ball now doing less damage and getting increased cooldown, along with Standard Attacks doing more damage. Hyperspace Hole, however, had its cooldown increased, likely as a way to push players to run Trick more or limit the effects the teleportation can have.

Additionally, Hoopa’s Unite Move, Rings Unbound, now does less damage, which was much needed since that combined with potentially dropping a full team onto opponents could snowball things very quickly.

For whatever reason, Tsareena also got some fairly significant boosts despite still being a viable threat in most roles. This includes increased healing from Enhanced Attacks post-level seven, more damage, and a reduced cooldown for Trop Kick, and Stomp getting a damage boost too.

As for nerfs, Cramorant’s Dive was slightly hit and Air Slash now has increased cooldown, for some reason that many fans are already questioning.

Lucario and Greedent got much more deserved nerfs, as Lucario’s Close Combat now does less damage and gives less of a boost, making the All-Rounder more manageable. Greedent will now be less oppressive too, with reduced movement speed, increased cooldown for Tackle, and Defense Curl being less effective.

Eldegoss was also hit, with Cotton Guard having its effects weakened and the Unite Move, Cotton Cloud Crash getting a boosted recharge rate so players will have fewer opportunities to use it in important teamfights.

Mr. Mime and Alolan Ninetails also saw some changes, with Mr. Mime being able to use Psychic while moving now and both getting some descriptions changed.

Duraladon won’t actually become playable, nor will these balance changes go live, until TiMi Studio announces that they are available in-game, which typically happens at around 7pm CT. The Hoopa Special Event and New Sherrif in Town battle pass end at 7pm CT on March 14, which should be when all of the news and any additional content goes live.