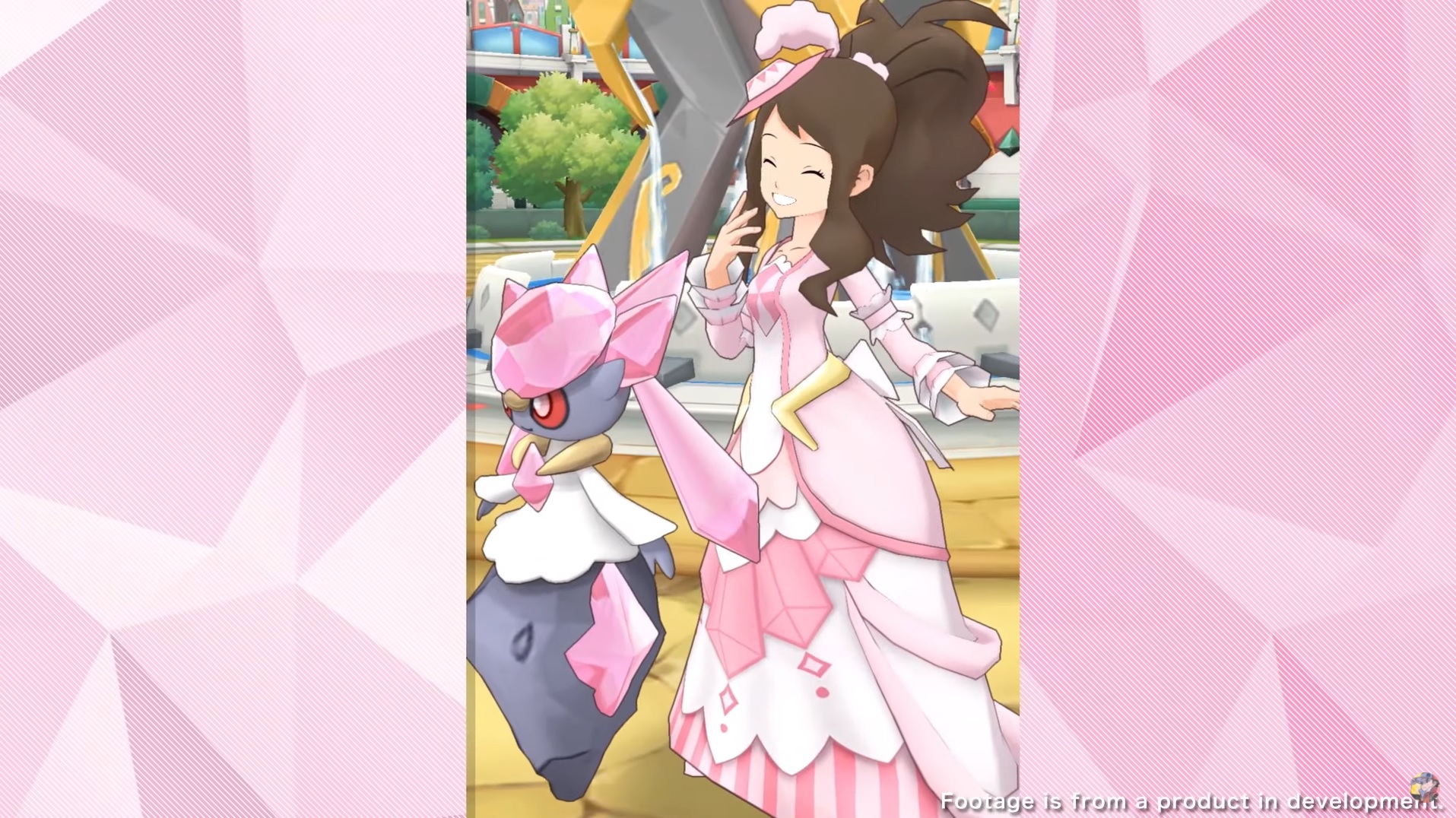 Pokémon Masters EX is set to introduce another new sync pair as part of its costume event on Thursday, Nov. 4.

The new sync pair joining the game via the seasonal sync pair scout will be Hilda and Diancie in a special event exclusive costume.

Hilda and Diancie are a Rock-type strike sync pair with the ability to Mega Evolve. Diancie is a great addition to any team, since its moves take fewer gauge slots than other Pokémon.

This new pair will enter the game alongside the beginning of Poké War Games part two, Clash of Factions, which kicks off alongside their addition at 1am CT on Nov. 4.

With the announcement video for this new sync pair, a reminder that the Community Mission Rally is underway was included for the players. By completing these missions, players can score themselves up to 3,000 gems and a variety of other rewards.

There is still plenty of time left during the Poké War Games event. During its run, there will likely be more sync pairs added to the game. When the event began, Diantha and Keldeo joined the game and are available to earn now.

If you’re looking for more details of the event or potential new additions to the sync pair roster, you can check that out here along with the announcement trailer for Poké War Games.