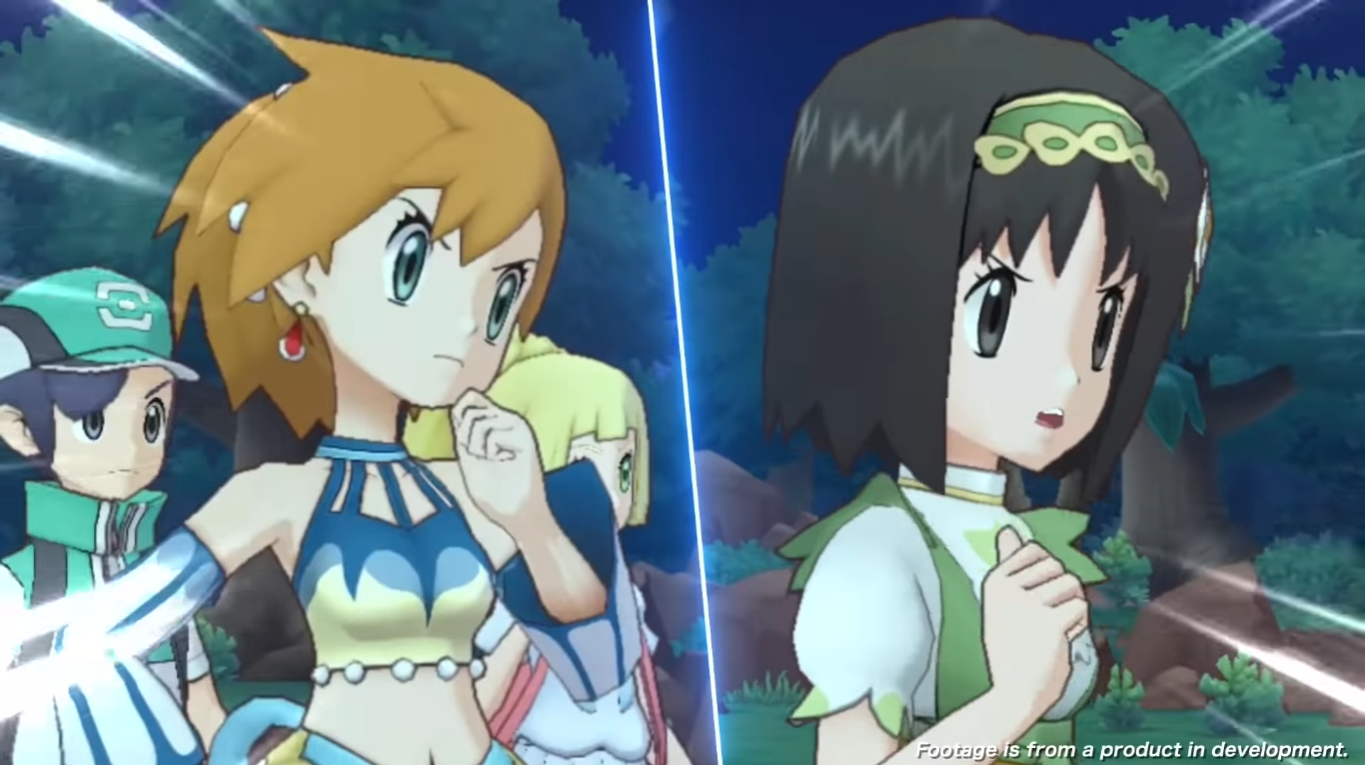 Pokémon Masters EX is set to kick off its Kanto Villain event. During its run, players will have the opportunity to earn two brand new Sygna suit Sync Pairs.

DeNa shared the trailer for the first part of their upcoming Villain Event today, which sees Red and Blue on the ropes against Giovanni and Mega Mewtwo. To help them, you’ll recruit assistance from Synga Suit Misty with her Vaporeon, and Sygna Suit Erika with Leafeon.

Misty and Vaporeon will be available starting Sept. 29. They are a tech sync pair that can cure your friendly Pokémon stat reductions and nullify enemy stat boosts.

Available just a day later on Sept. 30, Erika and Leafeon will provide players with a grass-type sync pair that can make the weather sunny, in turn boosting the power of their abilities.

An event called Spreading Shadows begins Sept. 29 and will run till Oct. 15. During this time, players can also earn and add Giovanni and Mewtwo to their collection by completing the returning event Lurking Shadow. If you’ve completed the Spreading Shadows event you’ll have earned the Mega Mewtwo Y item, which alongside Giovani and Mewtwo’s sync pair can be taken into the item exchange and used to power up Mewtwo into Mewtwo Y with its sync move.

Don’t miss the opportunity to collect these two new sync pairs, or add Mega Mewtwo Y to your collection in this chapter of the current Kanto Villain Event.