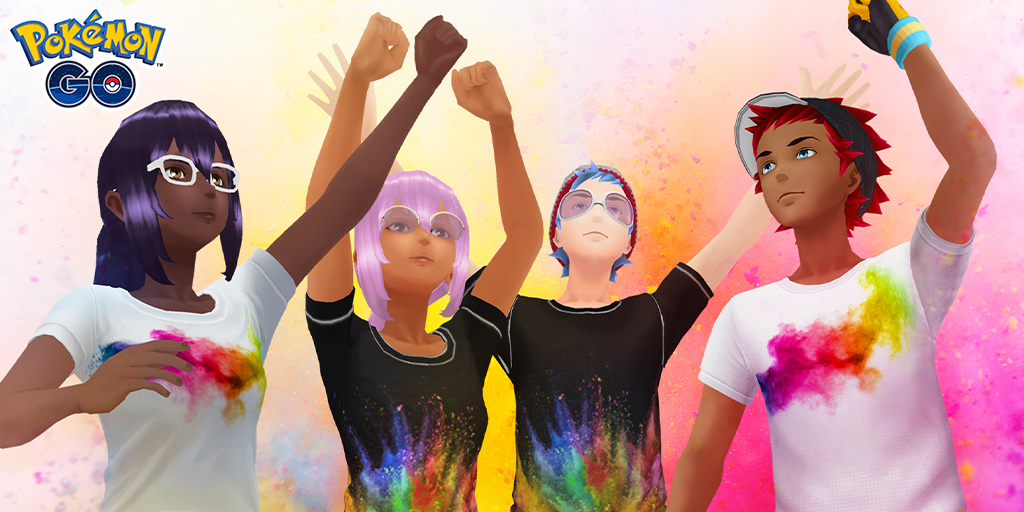 A new regional Pokémon Go event has been announced for the end of March to celebrate the Festival of Colors in India, which signifies the start of spring.

From 10am to 8pm India Standard Time (or 11:30pm to 9:30am CT) on March 28, players in India will encounter certain species of Pokémon more frequently, have event-exclusive Timed Research to complete, and new items to claim in the in-game shop.

During the event, Pokémon representing the different colors of the Festival of Colors will appear when using Incense. This will include Bulbasaur, Pikachu, Jigglypuff, Alolan Grimer, Seel, Marill, Sunkern, Murkrow, Slugma, Aron, Trapinch, and Drifloon

Players who complete Festival of Colors Timed Research tasks will earn rare items like a Dragon Scale, Sun Stone, and Sinnoh Stone, along with Mega Energy for seven different Mega Pokémon. Finish all the tasks and you can encounter an Alolan Muk.

For players in India, a free box containing three Incense and a 100 PokéCoin box with 30 Poké Balls, a Lucky Egg, and 10 Pinap Berries inside will also go live on March 28.

Two new avatar shirts inspired by the Festival of Colors will be available to all Trainers worldwide for free starting on March 26 at 3pm CT.

Niantic is also running a bonus challenge for players in India that is live until March 26 called the India Wayfarer Challenge, which tasks players to review Indian Wayspot nominations within the country. There are three milestones that players can hit before the challenge ends, all giving out different rewards to eligible players during the Festival of Colors event.

The Festival of Colors event itself will only be accessible to players in India, but the avatar items will be available for free to all players.