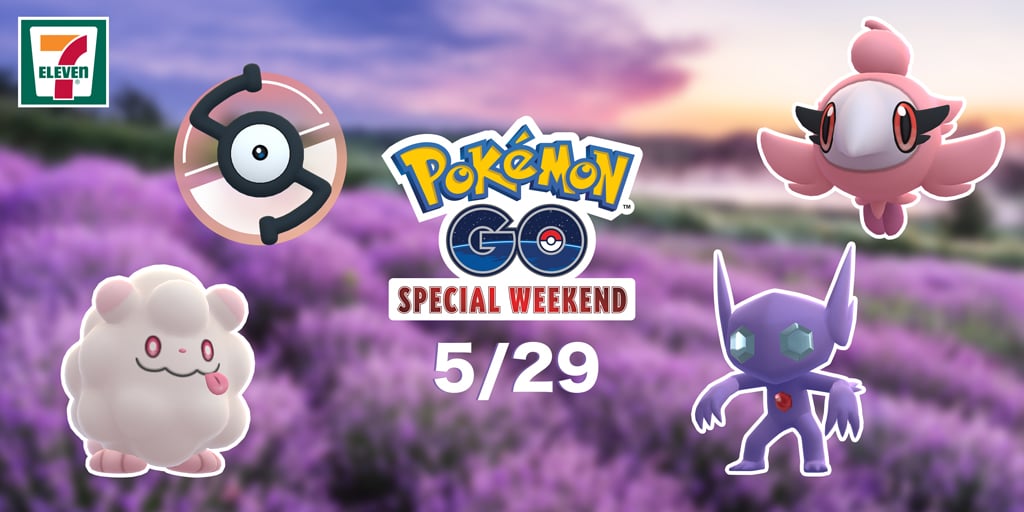 A new Special Weekend event is coming to Pokémon Go later this month.

Niantic is partnering with various companies around the world to make this Special Weekend event happen from May 29 at 12am to May 30 at 11:59pm local time.

These partners include Verizon in the U.S., 7-Eleven Mexico, and Yoshinoya in Japan. In-game tickets can be acquired from participating partners, either physically or digitally.

While you will need a ticket to access a majority of the bonuses, there are some features that will be made available to players around the world from May 28 to 31. This includes the number of Gifts you can open daily being doubled and trade range being increased to 40km.

Starting on May 29 from 11am to 5pm local time, players will see Clefairy, Jigglypuff, Eevee, Marill, Sableye, Stunky, Spritzee, and Swirlix more frequently when using Incense. Shiny Eevee will also have a boosted chance of appearing.

Different Unown will be attracted to Incense depending on the participating partner in your region, though Shiny Unknown will not be appearing.

During that period, Timed Research will reward players with encounters, including Eevee, Spritzee, Swirlix, and Deino. Other rewards will include bonus XP, Stardust, an Incense, a Star Piece, a Lucky Egg, Spritzee Candy, and Swirlix Candy.

Players will also have an increased chance of receiving Lucky Pokémon when trading with a friend and becoming Lucky Friends when interacting with a friend during the weekend. Double XP bonuses will be active for capturing certain Pokémon and you can earn an exclusive medal by simply redeeming the ticket code and participating in the event.

You can redeem your promo code ticket on the official Pokémon Go Offer Redemption website.